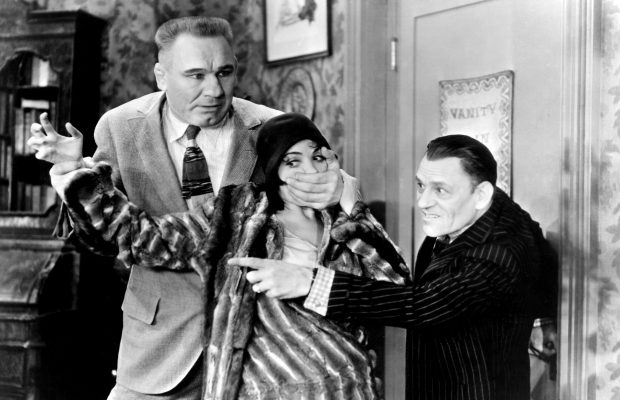 Toronto Film Society presented The Unholy Three (1930) on Sunday, October 23, 1983 in a double bill with Pride and Prejudice as part of the Season 36 Sunday Afternoon Film Buffs Series “A”, Programme 2. 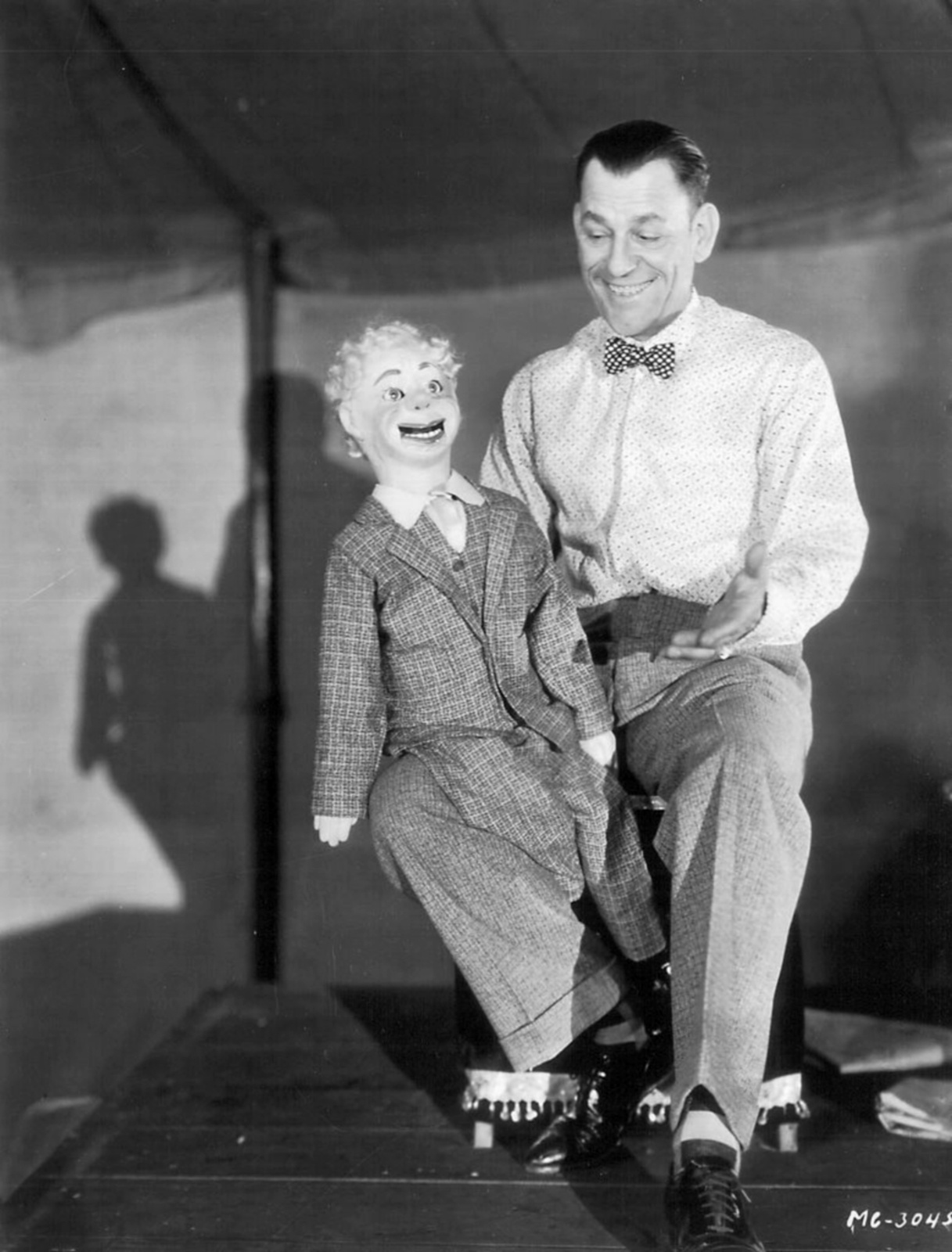 The Unholy Three was Lon Chaney’s first talking picture, and the last picture he made.  Like Chaplin’s, Chaney’s art is essentially one of silence.  Hi parents had been deaf mutes, and the necessity of communicating with them had moulded his art of mime and his graceful gestures.  He had added to his mastery of purely visual communication the art of makeup, upon which he wrote the article in the Encyclopedia Britannica.  By the late ’20s he had made the great classic films which have immortalized him: The Hunchback of Notre Dame, The Phantom of the Opera, and the six films directed by an almost corresponding master of horror from behind the camera, Tod Browning.  In The Unholy Three he plays an old woman and a young girl, a ventriloquist and his dummy, and pulls out all stops in having each talk to the other in his own richly changing voice.  He evens lends his voice to a parrot!  The film, as the New York Times noted, is “a vehicle for the actor’s vocal gymnastics.”

The story of The Unholy Three is that of three freakish people cast out of the carnival and turning to crime instead.  Chaney’s characterization is as always sympathetic; after his two associates are killed, he is let off fairly lightly for his crimes.

Of note in the supporting cast are Lila Lee, a famous silent ingenue (DeMille’s Male and Female, Blood and Sand with Valentino), and Elliott Nugent, who acted in a few films, but went on to direct a good many more, most notably two remakes which wouldn’t stay remade, The Cat and Canary (1939), and The Great Gatsby (1949).  The director of The Unholy Three, replacing the masterly Tod Browning of the earlier (1925) version, was Jack Conway, like Robert Z. Leonard a bastion of MGM, who made some seventy-five films between 1912 and 1948; the most memorable may be the Ronald Colman version–a telling means of identification–of A Tale of Two Cities.  The true director of The Unholy Three, of course, was Lon Chaney, the Man of a Thousand Faces, himself.