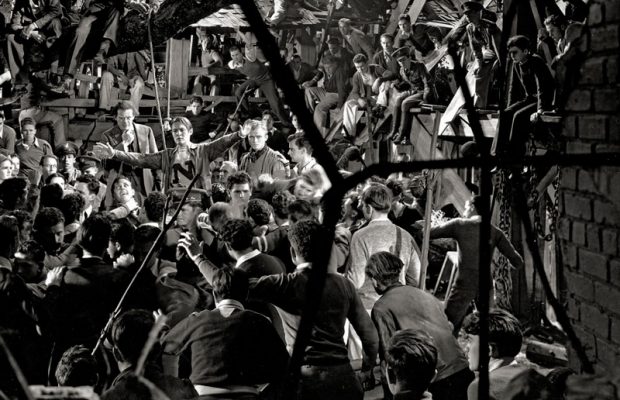 Toronto Film Society presented This Day and Age (1933) on Sunday, April 29, 1984 in a double bill with Pat and Mike as part of the Season 36 Sunday Afternoon Film Buffs Series “A”, Programme 10. 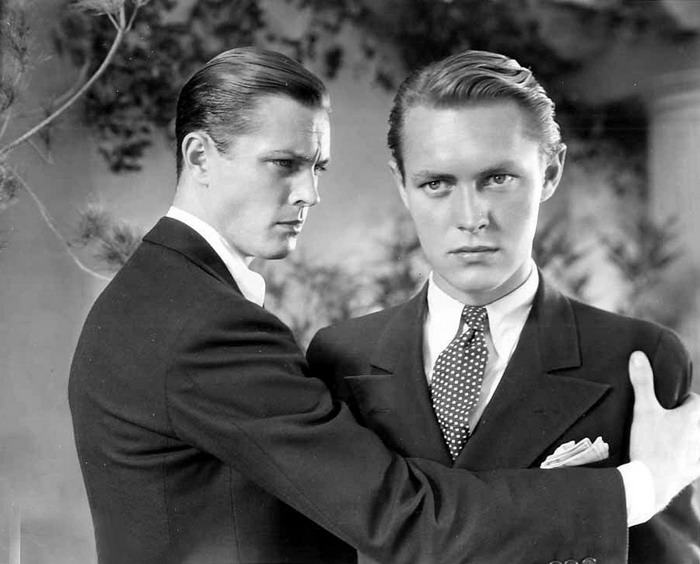 The most astonishing aspect of This Day and Age is the identity of its director.  For this socially-committed “realistic” little film is by none other than the King of the Spectaculars, Cecil B. DeMille!  It is DeMille’s fifth film in the sound era, and is characteristic of his work only through his handling of crowds and because, in his career, the director often followed a blockbuster epic with a more contemporary film.  In this case, the previous lavish film was The Sign of the Cross (1932).

This Day and Age has been criticized by such an eminent scholar as Lewis Jacobs as being fascist, acting even as a possible incentive for the formation of lynch mobs by “right-thinking” citizens.  Thus on a thematic level, the film invites comparison (unfavourable) with such liberal films as Fritz Lang’s Fury (1936) or William Wellman’s The Ox-Bow Incident (1942).

Nevertheless, the film is not without its merits.  Here is what a 1933 review in The Motion Picture Herald had to say about This Day and Age:

Treating a daring topic, modern American high school youth toppling over every established judicial procedure, going to the mat with gangsterism and taking the law into its own hands, This Day and Age is unquestionably a sensational and courageous picture.  Its predominant audience value is that it is loaded with that power that excites emotional hysteria.  There is nothing dainty about it.  It’s starkly realistic to the last degree.  Undoubtedly, because of the way in which it ties high school boys in with its subject, it will precipitate controversy.  Yet due to the manner in which DeMille has built up his story, the way in which he has handled mobs of frenzied youths to obtain spectacle, together with the method in which he has adapted patriotic music to inspire audiences, there is something sublime about the show that should stimulate audiences to the same pitch of enthusiasm that it did the preview crowd.

As for the film’s only “star” Charles Bickford (1889-1967), many will remember him for his character roles in such 1940’s and 1950’s films as Duel in the Sun, Woman on the Beach, A Star is Born (Cukor) and The Big Country.  He was nominated for the Best Supporting Actor Oscar in The Song of Bernadette, The Farmer’s Daughter and Johnny Belinda, in each of which the leading actress was the year’s winner.  This is all fairly accessible film trivia.  But how many are aware that he came to Hollywood in the early days of sound because of his considerable stage success, or that one of his earliest screen credits is opposite Garbo in Anna Christie?  Bickford’s unsympathetic role in This Day and Age is almost as uncharacteristic of his career as is the whole film of its director’s.