Titanic is a dramatic and graphic account of the sinking of the ill-fated liner, which struck an iceberg in the North Atlantic in April of 1912, taking more than 1500 lives.  Within a framework of facts, the film presents a fictitious story about an American family on their way home.  The father (Webb) is an elegant snob, at odds with his wife (Stanwyck), who tells him their son (Carter) isn’t really his.  He shuns the boy until the ship is stricken and realizes that he loves him no matter what, and they stay together in death.  Also depicted are a number of famous people who are on board.  The film is a masterpiece of special effects, using a twenty-foot model to depict the terrible end of the huge liner, and clearly conveying the icy, bleak tragedy. 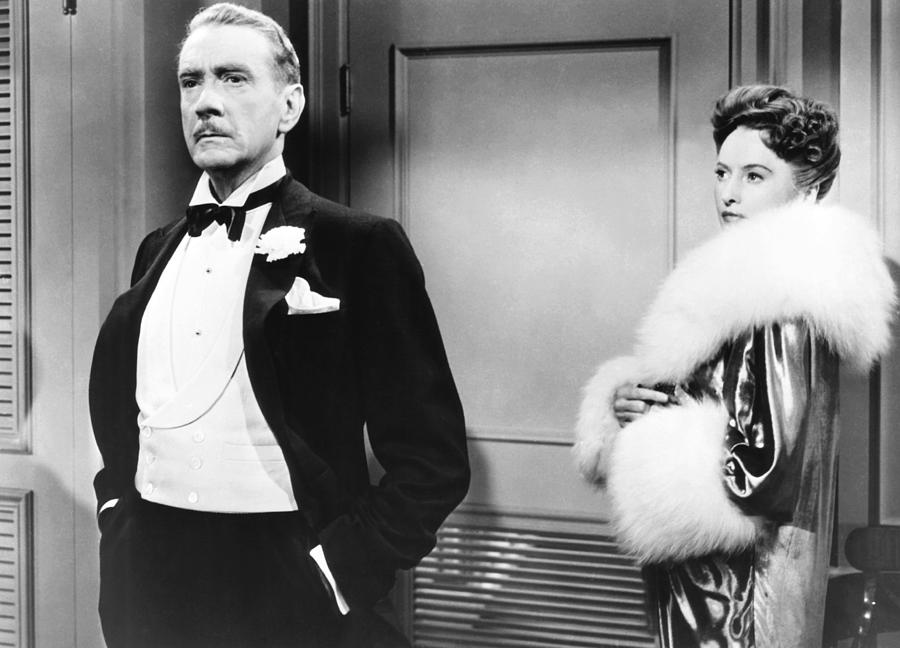 The film won an Academy Award for best story and screenplay given to Brackett, Reisch and Breen.

Titanic is predominantly a script about human beings.  The brief glimpse of each character it shows is the essence of that character: a lifetime of understanding (or misunderstanding) telescoped into a few scenes.  The realization which the audience has from the beginning that the ship will sink and separate these people from their lives or from each other throws everything into high relief.  Director Negulesco wisely understates.  He lets the tragedy speak for itself–pacing it brilliantly and building it steadily.  An outstanding contribution to this is the fact that the sound track has no background music except for what stems from realistic sources: the ship’s band, a church service, a group of people singing around a piano.  The tremendous amount of quiet that exists before the ship’s collision suspends action in time and imparts a sense of waiting and urgency.

The New York Times review said: “Clifton Webb is excellent.  Barbara Stanwyck is a wholly believable mother”.  From the New York Daily Mirror: “Barbara Stanwyck is particularly impressive as the disturbed mother an wife.  She is most eloquent when she tells her mate that he is not the father of her son”.

The original title of the film was “Nearer My God to Thee”, then changed to “Passenger List”.  The direction of Jean Negulesco was sound and the special effects were outstanding.  There have been many filmed versions of maritime’s greatest tragedy, but this was one of the best.  A German film called Titanic was made in 1943 and two British films called Atlantic and A Night to Remember were made in 1958.

Barbara Stanwyck–the star of the evening is without question one of the cinema’s greatest actresses, with a career spanning 64 years, from cabaret dancer to television’s The Colbys.  She has been in 85 films, 16 Lux Radio Theatre programmes, and appeared on numerous television specials and shows.  She has won three Emmys, and four Academy Award nominations and an Honorary Oscar for an artist of impeccable grace and beauty, a dedicated actress and one of the great ladies of Hollywood.  She is in every way exemplary of the term “living legend”.

PLEASE NOTE:  THE MONDAY, MARCH 9th FILM “B” SCREENING WILL BE DEVOTED TO THE CAREER OF ACTRESS ANNA LEE.  TWO OF MISS LEE’S 1940’S FILMS WILL BE SHOWN–Bedlam and Summer Storm.
MISS LEE WILL BE IN ATTENDANCE AND MEMBERS IN ALL OUR SERIES ARE INVITED TO ATTEND.  THE SCREENING WILL BE AT THE MUSIC HALL THEATRE, 147 DANFORTH AVENUE, AROUND THE CORNER FROM THE BROADVIEW SUBWAY STATION.