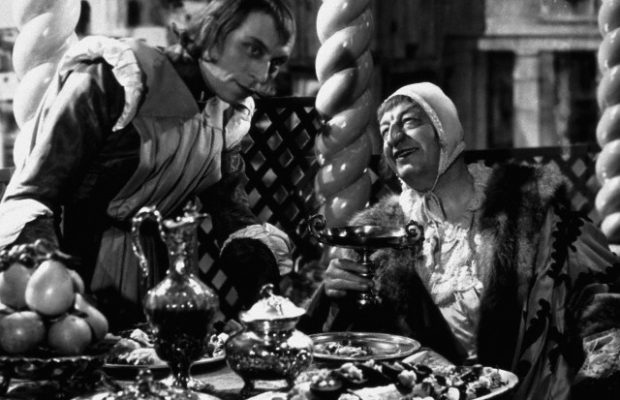 NOTE:  Doors will be closed at 8.15 sharp and open at the end of the first film for latecomers to be admitted and seated.

LOBBY FILM from 7.45 to 8.10 p.m.  1 reel silent film in colour shot at Banff in 1946 by Dr. A.D. Pollock of Owen Sound, Ontario.  The film is striking for its intimate close-ups of animals and its scenic shots.

The avant-garde film appeared in the early ‘twenties all over the world with its roots in the international movement of modern art.  In Paris it became a definite film movement.  After the first World War a new type of film director went to work in the newly opened French studios–the film intellectual; apart from the studios, painters of various modern schools (cubist, dada, surrealist, abstract) made films for an audience of connoisseurs at private showings given by ciné-clubs.  Experiements in irrationality, abstraction, distortion and rhythm were made.  “The greatest liberty held sway over this epoch, resulting in a very complete examination of all the possibilities afforded by light and movement.”

Fernand Léger, cubist painter, made with Dudley Murphy what was called an “abstract” film.  Jacques Brunius in Experimental Film remarks, “No designation could be more inept.  This remarkable picture was far less abstract than Léger’s painting.  The human element predominated.   …Perhaps people meant that the authors of the film had abstracted themselves from dramatic, literary, documentary and other conditions.”

Members will recall the sequence suggested by Fernand Léger for Hans Richter’s Dreams That Money Can Buy (1947): The Girl with the Prefabricated Heart.

This “ciné-poem” showing Amsterdam in a shower of rain might be described as a leaf from a director’s sketch book.  As such it has considerable interest for the student of film technique.  It was the fourth film Ivens made as an amateur.  He subsequently became famous for such notable documentaries as Zuiderzee, Spanish Earth, China’s 400 Million, Power and the Land , and Indonesia Calling.  After his resignation from the post of Film Commissioner for the Netherlands East Indies, Ivens went to Australia.  He has just completed a full-length documentary in Europe called The First Years.

Theatre Arts, March and April 1946 issues, contain two excerpts from Iven’s Autobiography which was to have been published by Harcourt Brace and Company.  The section describing the making of Rain will be read before the film is shown.  The Public Library Reference Room can supply these Theatre Arts issues to readers.

This film-maker has turned out previously three non-objective films–Fantasmagoria, The Chase and Glen Falls Sequence.  These pictures might be called “moving painting”–shape, colour and action of changing forms are deliberately improvisational, motivated by “the play and hazard of raw material.”  His technique is an extension of the animation method–he uses an overhead camera and glass levels upon which oil paints are spread.  Recently he has animated finger paintings done in synthetic oils.

The distinguishing trait of Crockwell’s pictures is their spontaneity.  Sensuous in colour, fluid in composition, these abstractions occasionally move into by-passes of dramatic or humorous action which are exciting and witty, the more so for their unexpectedness.

NOTE:  These three silent films will be accompanied by musical scores from phonograph records 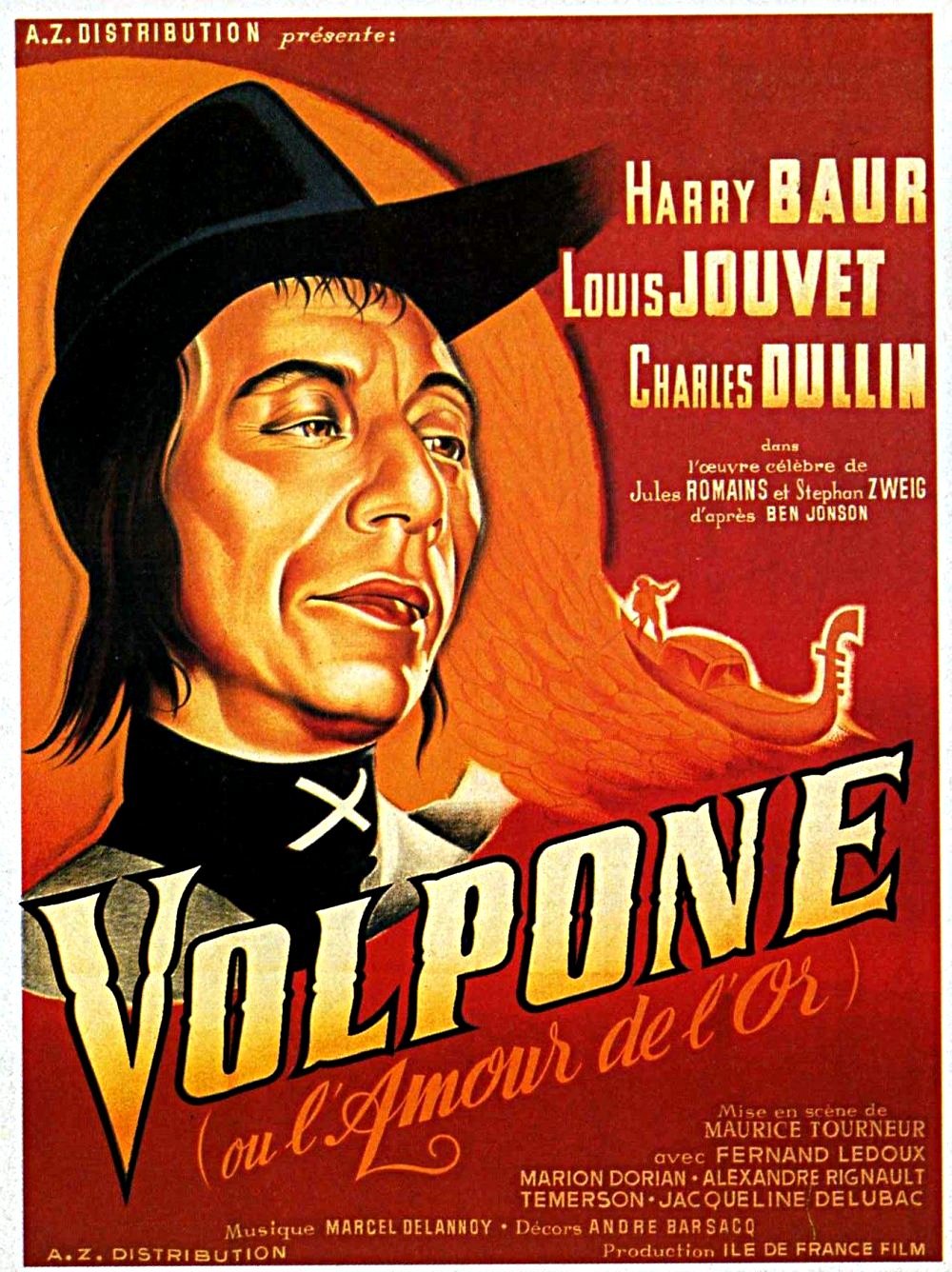 Jules Romains and the late Stefan Zweig have faithfully fashioned the screen adaptation of Ben Jonson’s respected but rarely played classic.  (The original is available in collections of plays at the Public Library; call numbers – 822.8 K and 822.8 M).  This Elizabethan comment on humanity’s avarice and treachery has been handled with a lack of inhibition typical of the French.  The result is a film rich in satire and humour.  Variety describes it as “played in tongue-in-cheek operatic style that has the cumulative effect of a running gag.”  Baur, usually seen before his death in heavily tragic roles, exhibits here another range of his talents.  As Volpone, the racous miserly merchant, his buffoonery and lechery mingle with an animal intelligence for a sharp portrait of a comic personality.  Louis Jouvet, as Mosca turns in a smooth and enigmatic performance.

With the exception of two members, all evaluators considered the viewing of Intolerance intensely interesting.  It was judged to be “one of the great film classics, tremendous in conception and largely impressive in execution–Griffith’s method of narration reveals an amazing influence upon the development of modern technique which is fascinating to see.”  It was noted by a few that laughter at some of the actors” gestures and at the over-sentimental titles, although justified, was misplaced at times when the acting did reach sincere and moving heights.  The Babylonian story was thought “magnificent.”

It was judged by a few to be too long for a modern audience and its editing confusing, especially in the last sequence.  One member expressed no interest in seeing “old silent films.”

Quotes from members: “One of the greatest screen achievements I have ever had the privilege to see.  I hope it will be shown again, or perhaps another of D.W. Girffith’s great pictures.”

Members’ films:  Several members may have made films or film strips of their own which would be interesting to other members screened at a Lobby showing or in the Auditorium before the regular meeting.  If film-makers are willing to lend their films for such showings, please inform the Chairman of the Members’ Participation Committee through the Suggestion Box or by mail to 233 Grenadier Road.

Members’ Participation Committee has been formed of volunteers from the general membership.  A description of the purpose and function of this Committee is being circulated to members with these notes.

The newly formed Mailing Committee needs volunteers living in the vicinity of Rowanwood and Yonge Sts.

Next Meeting  WEDNESDAY, February 22nd
Sunrise 1927 by F.W. Murneau with Janet Gaynor and George O’Brien
CANADIAN FILM NEWS (December) will be on sale at this meeting – 20 cents

Village Teacher (Mark Donskoi) at the King from January 27th
Edge of the World (Michael Powell) and Henry Fifth, revivals coming to the Kent
Germany Year Zero coming to the Towne