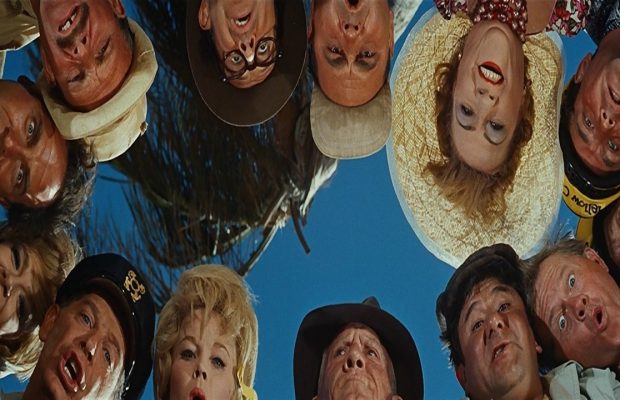 DUE TO TORONTO FILM SOCIETY’S CONCERN, AS EVERYONE’S, OF THE SPREAD OF COVID-19, THE MARCH 29TH KINGSWAY SCREENING IS CANCELLED.  CONTINUE TO CHECK THIS SITE FOR FURTHER UPDATES FOR FUTURE SCREENINGS.

A newly-released convict crashes his car and 5 people stop to help him.  With his dying breath he tells them there’s a fortune buried in Santa Rosita Park under “The Big W”!  The motorists agree to help each other find the money and split it, but things don’t turn out as planned–in the most hysterical of ways!  Nominated for 6 Academy Awards, this comedic masterpiece has 105 speaking roles and an incredible number of cameos.

The Kingsway is located at 3030 Bloor Street West at the corner of Bloor Street West and Royal York Road.  It is accessible by subway and there is parking available in the neighbourhood.  There is a fully-licensed concession bar which also offers a fine selection of food as well as non-alcoholic beverages.

*THE KINGSWAY THEATRE ENFORCES STRICT RULES PROHIBITING ANY OUTSIDE FOOD, BEVERAGES, LARGE BAGS, OR BACKPACKS IN THE THEATRE. ALL SUCH ITEMS will have to be checked at the theatre’s coat check room, WITHOUT EXCEPTION. Purses are allowed.