Toronto Film Society is co-presenting with Toronto Jewish Film Society Me and the Colonel (1958), directed by Peter Glenville, with Danny Kaye, Curd Jürgens (as Curt Jurgens), Akim Tamiorff and Martita Hunt at the Miles Nadal JCC, 750 Spadina Avenue (at Bloor) in Toronto on Sunday, September 16, 2018. 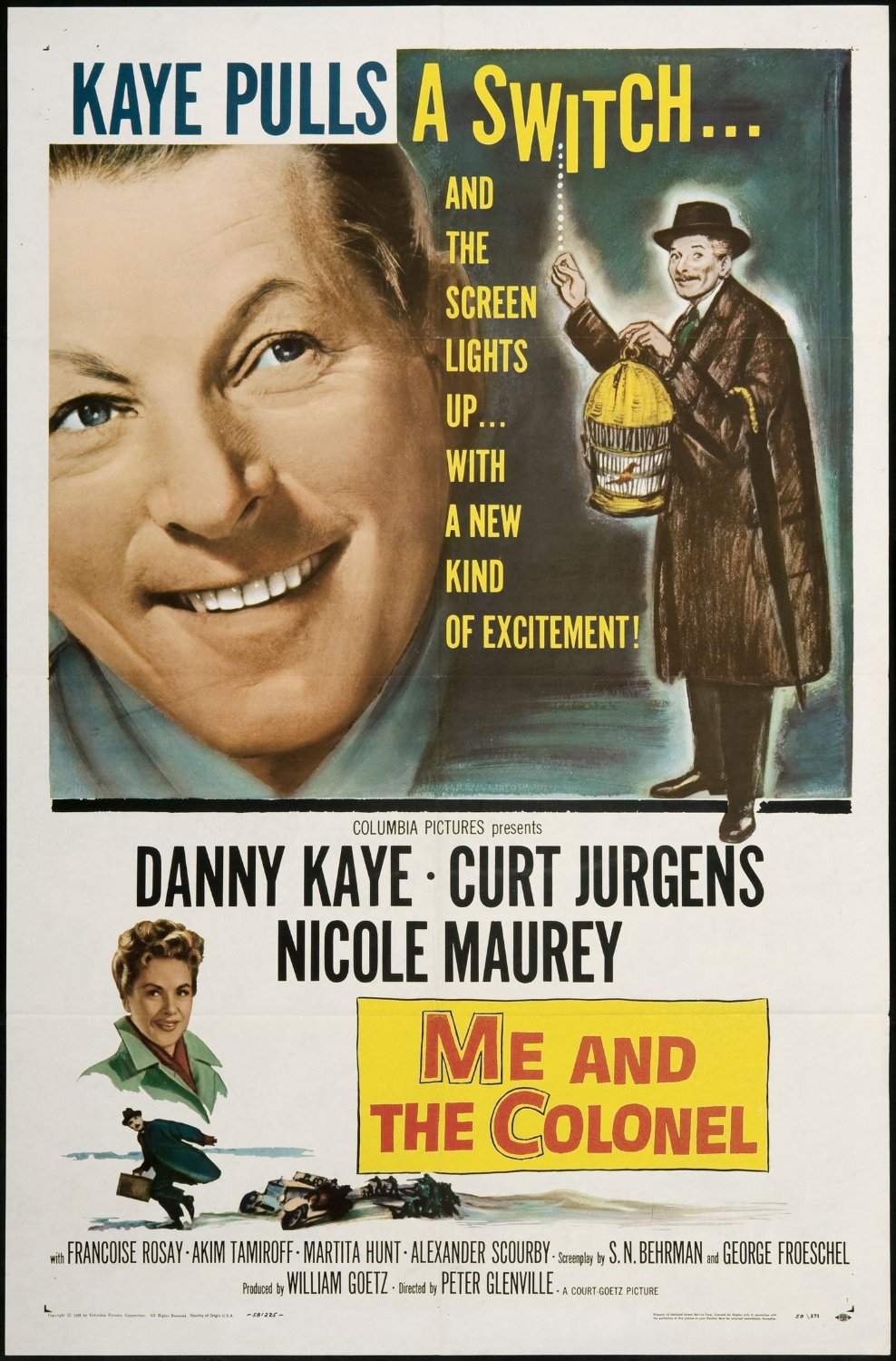 Come see this war-comedy where a subdued Danny Kaye plays a Polish-Jewish refugee who needs a way out of Paris before the Germans occupy the city.  Curt Jurgens plays his anti-Semitic ride out of France. This charming treasure is one of the first Hollywood films to refer to the Holocaust.

Guest speaker for the event is Actor/Comedian Jack Newman.

To order tickets in advance for the 7:30 p.m. screening, TJFS are offering TFS members the same discount by clicking here: https://www.eventbrite.ca/e/me-and-the-colonel-tickets-41316642189.  Tickets are also available to purchase at the box office (cash only) which opens at 7:00 p.m, again, for the special rate of $12 with the discount code “TFS”.