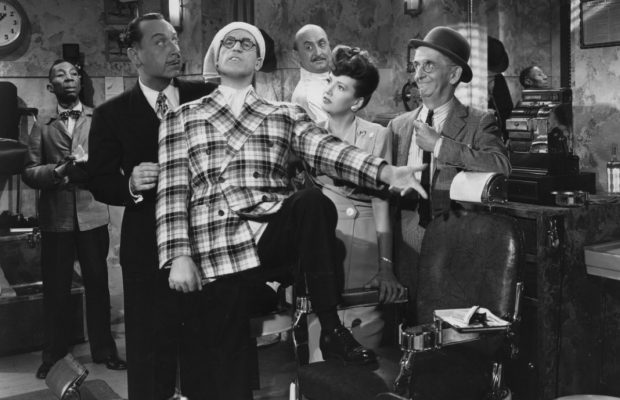 A counterfeit count is aided in his courtship of the heroine by her father who is overwhelmed by his ‘title.’

The Sin of Harold Diddlebock/Mad Wednesday (1947)

A college football hero-by-happenstance, hired on a whim by a capricious businessman thanks to his gridiron gumption, atrophies at his desk for 20 years and spends a mad Wednesday getting his mojo back in this remarkable mashup of slapstick and screwball starring legendary silent comedian Harold Lloyd (in his last film).  The film is written and directed by Preston Sturges, and with Howard Hughes as producer, this adds to a curious but oddly compelling collaboration.  With Rudy Vallee, Arline Judge and Lionel Stander.

The films will be introduced by Chris Seguin, a long-time researcher, enthusiast, advocate and writer dedicated to classic film comedy.  He’s been Comedy Programmer for The Toronto Silent Film Festival since its inception, and has contributed to numerous book and DVD/blu-ray projects, including the British Film Institute (BFI)’s restoration of Laurel & Hardy’s Atoll K, Eureka Entertainment UK’s Masters of Cinema Series: Buster Keaton Volume 3, All Day Entertainment’s Harry Langdon Lost And Found and Becoming Charley Chase, and Bear Manor Media’s CHASE! A Tribute to the Keystone Cops.

Tickets are free, with a suggested donation of $10: paypal.me/TorontoFilmSociety

Register here to join us for the screening.