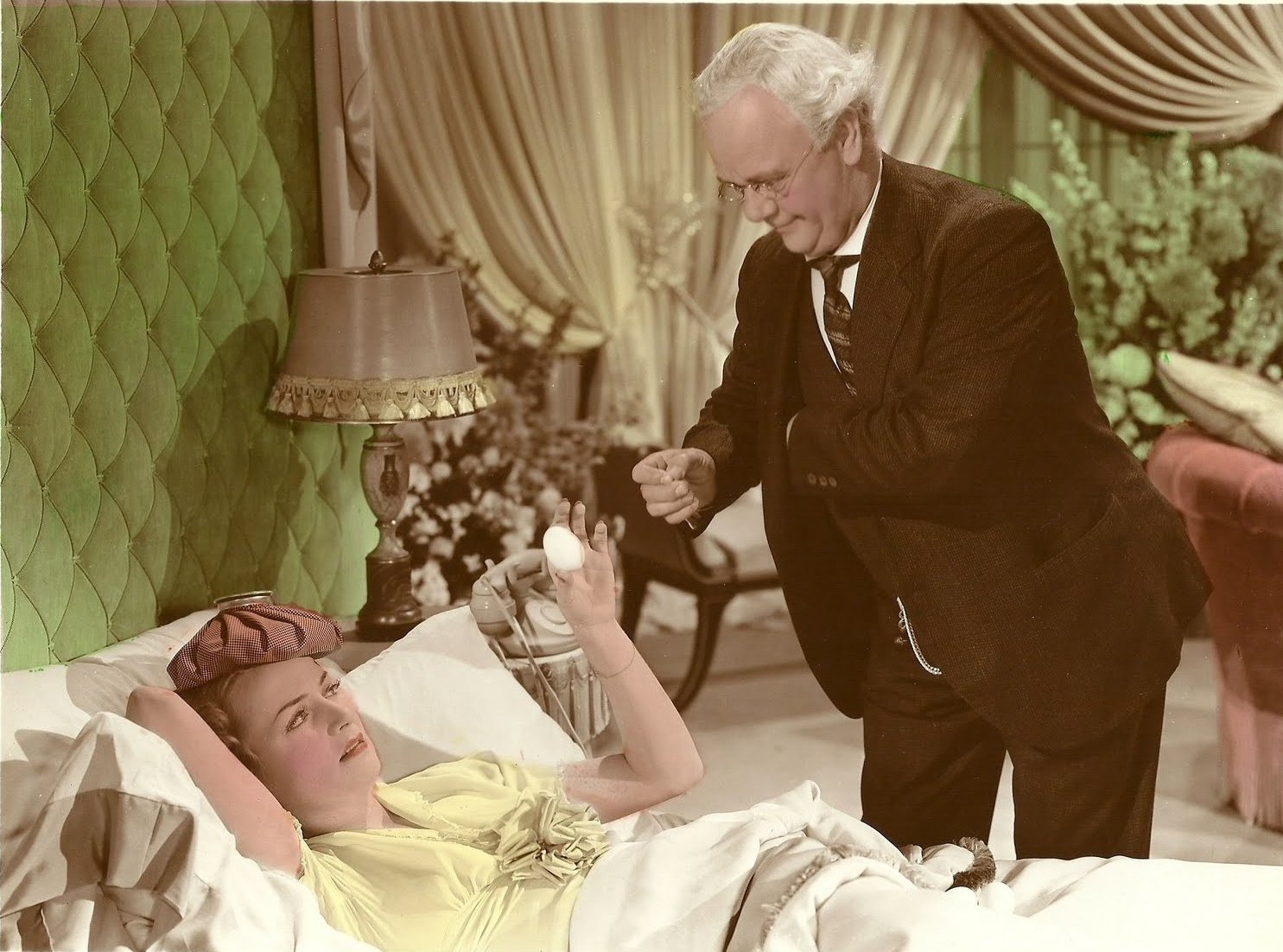 What good is the truth?

Is a Big Lie really so bad if it makes you happy? Makes you feel better about who you are?  When you learn the lie’s a lie, how do you feel then? Do you feel good? No, you feel like a boob.

Nothing Sacred is about the pleasure of a good lie. Made 84 years ago this year, it doesn’t feel old. It speaks to our moment: one in which the truth is often awkward or depressing, and the fabulists, with their happier narratives, are only a click away.

The premise is a simple one. New York City journalist Wally Cook (Fredric March) is slumming it at the obituary desk, after getting hoodwinked on a big story. Desperate to restore his position at the newspaper, Wally heads to a small Vermont town, where he’s learned of a woman named Hazel Flagg (Carole Lombard), dying of radium poisoning. The pathos of the tale—and Hazel’s beautiful face, though Wally’s never so crass as to admit it—make her a sensation in the city. Just like that, Wally’s back on top.

Hazel is a fraud of course, healthy as a spring lamb. A poor, bored, small-town beauty with dreams of seeing the Big Apple. This is her ticket. And it’s all we need.

Director William Wellman was coming off a banner year. A Star is Born (1937) had been a critical and commercial success, and another pairing with both March and producer David O. Selznick boded well. It was Selznick who first brought him the script, itself inspired by a story in Hearst’s International-Cosmopolitan. As Wellman’s son and biographer, William Wellman Jr., put it: “David O., in his overly enthusiastic style—just like Wellman’s—related a Ben Hecht story called Nothing Sacred. The director loved its dark humor and penetrating cynical satire of the media.”

There were casting challenges. Hecht wanted John Barrymore for the lead—a choice Selznick nixed, due to Barrymore’s alcoholism. (And which, among other conflicts, led to Hecht leaving the production.) Janet Gaynor, following her splendid turn as Vicki Lester, was intended for the role of Hazel—until Wellman met Lombard. He convinced Selznick that she was best for the part. It would be Lombard’s only performance in Technicolor.

It’s tempting to imagine what Gaynor, a profoundly nuanced actor, might have made of Hazel Flagg. But there’s no denying Lombard’s brilliance. She’s charming beyond her looks, guileless but not stupid, crooked but not unsavory. We can believe a woman of her vivacity chafing in this small town (the running gag is that nobody there speaks unless they have to); that her lack of experience, coupled with her urge to see the world, lets her get carried away by her own lie.

The casting of March is perfect too. Wally Cook is the only truly honest person in this story, a man whose business is finding the truth; when he discovers he’s been had yet again, it tortures him. No one in Classic Hollywood could suffer quite like March—conveying the misery and self-loathing that so often accompanies a principled stance. Early in the film, before Wally’s been wised up, he takes Hazel to a professional wrestling show. He dismisses the athletes as fakes, “a symbol of the whole town.” Then the action stops, and the wrestlers join the audience in acknowledging Hazel: a fake made famous by Wally’s pen. Wally already feels guilty about using Hazel to get ahead—from there it’ll only get worse.

Nothing Sacred is funny. And just fun. It was even fun to make. Historian and author Frank Thompson writes: “The set of Nothing Sacred was constant pandemonium, for Lombard had every bit the talent and enthusiasm for pranks and mischief as Wellman. Lunch hours were spent driving a fire engine around the lot at top speed, siren blaring, and the set was a place of never-ending practical jokes, good-natured rough-housing, and continuous uproar. That energy and enthusiasm somehow got onto the screen: it is what gives Nothing Sacred a rather hysterical edge over many other comedies. It is a frenzied film made by frenzied people.  Hilarious and disturbing, Nothing Sacred is unique.” Personality conflicts dictated that the film would be the last that Wellman and Selznick worked on together, but they remained friends.

Shot over three months on a $1 million budget, Nothing Sacred screened to good reviews, though its box-office performance was  disappointing. The story was revived on Broadway as “Hazel Flagg” (1953), and remade the next year as Living It Up starring Dean Martin and Jerry Lewis.

It’s fair to say that films about the worst in human nature age better than ones about the best.  American society, as distilled through Nothing Sacred, is fundamentally dishonest, and in that sense, the film strikes us as very honest. It is not simply an indictment of the media, nor of celebrity culture, nor of big-city values: even the Vermonters in Hazel’s hometown are so tightlipped as to be guilty of a lie of omission. To lie, and to believe lies, is fundamental to the happiness of most people.

It’s appropriate, then, that Hazel and Wally’s troubles aren’t ‘fixed’ by the truth; only by better lies. More efficient, manageable b.s., of the kind that lets a couple of basically good kids move on with their lives. No one need be the wiser.

No one would want to be, if they could!