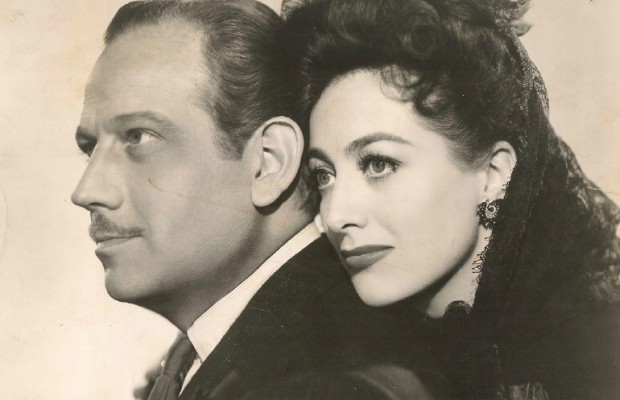 Toronto Film Society presented They All Kissed the Bride (1942) on Monday, May 30, 1977 in a double bill with Stars In My Crown as part of the Season 29 Monday Evening Film Buff Series, Programme 10.

*Carole Lombard was scheduled to star in this film, but was killed in a plane crash before production.  Joan Crawford, long a friend of Clark Gable and his wife Lombard, volunteered to substitute for the late star in the upcoming film, with her salary of $112,500 donated to the Red Cross, who found Miss Lombard’s body.

Joan Crawford’s return to the screen is under such pleasant auspices, for she and Columbia’s brilliant director Alexander Hall and the comedy-wise Melvyn Douglas make the most of a well-written, cleverly constructed screen story….Not in many a day have we seen the risqué possibilities of romance and its biological allusions treated on the screen with such frankness and finesse.  Miss Crawford demonstrates the range of her talent in those sequences which compel her to change the personality ofher heroine gradually from that of a machine-line businesswoman to that of an awakened young beauty with a desire to be an expert jitterbug.