Home / News / Shakespeare on the Screen

Shakespeare on the Screen 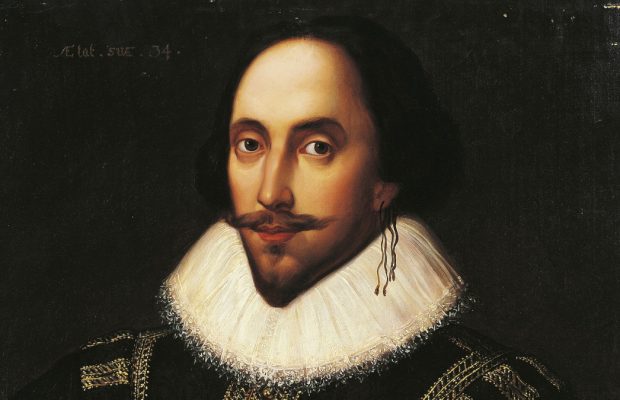 THESE THINGS ARE BUT TOYS.  BUT YET, SINCE

PRINCES WILL HAVE SUCH THINGS, IT IS

BETTER THEY SHOULD BE GRACED WITH ELEGANCY

THAN DAUBED WITH COST.

SHAKESPEARE ON THE SCREEN

An Essay by Clive Denton,
including programme notes for the film presentations
to be given at the Central Library Theatre,
Toronto, Canada, during August 1964.

In the year 1899 Shakespeare’s play King John was part of Sir Herbert Beerbohm Tree’s repertory at Her Majesty’s Theatre, London.  A filmed record was made of one performance and, so far as is known, Shakespeare and motion pictures first met each other then.

Presumably (for the film has not survived) only a part of John’s “troublesome reign” was recorded on that occasion.  There were many Shakespeare adaptations made during the cinema’s silent years but most were very short, consisting simply of scenes.  By 1912, no fewer than eighteen of the 37 plays had been “picturized” to this limited extent.  By contrast, only thirteen major versions (of ten plays) have been produced in English since the advent of sound.  Admittedly, though, these have been fuller and more ambitious.

Would you like to see Sir Johnston Forbes-Robertson, Sarah Bernhardt or Ata Nielsen as Hamlet?¹  Emil Jannings and Werner Krauss as Othello and Iago?  Francis X.  Bushman paired with Theda Bara in impersonations of Romeo and Juliet?  You could have seen all of them during this century’s first quarter–even Theda Bara, honestly–but it is not easy to see them today.  So many early prints are rare, if not completely missing, and I am going to forgo the pages that it would take to list and annotate all the interesting silent ventures in the Shakespeare field.  Some of these could look no better than curios, of course, but together they would give a marvellous impression of a lusty period of theatre.

Film critics tend to approach this subject of screened Shakespeare with more caution than enthusiasm.  Manvell and Rotha, in their book Movie Parade, discuss the problem of matching sight and sound.  (This always is discussed as a problem, never as a challenge.)  They conclude:-

“Inevitably the eye (is) always winning, and the verse…lost inthe flow of visual images or the close-ups of the actors’ faces.  Nevertheless, Shakespeare’s plays should be filmed by competent and responsible film-makers even though this production problem can perhaps never be satisfactorily resolved.”

How dull!  There is something in it, agreed,  The balance of pictures and words is an exquisitely delicate thing, and not only in Shakespeare films.  It may easily be upset, especially when the tastes of filmmakers, however, “competent”, are less than perfect.  Still, I have to be surprised when people show such little faith in Shakespeare’s verse.

That verse is a tough substance, better able than most artistic ingredients to take care of itself.²  If the balance is upset, it won’t too often be the visuals that swamp the language.  And when the balance is right, the result is of great aesthetic excitement.  I hope that parts at least of our four features will display the right balance.  This I take to be about 60 per cent words to 40 per cent images (the reverse of most good cinema practice).  Literary zeal should not minimize the images.  After all, the Elizabethans, too, put on a show.

They were open.  To say, for this reason, that the poet wrote as though for the screen would perhaps be foolish.  To find some connection, on the other hand, between his dramas and the elements of a screenplay is surely legitimate.  Today theatre performances on stages somewhat like the Elizabethan are once again familiar.  From these, rather than from proscenium-arch staging, the plays come to us as they were conceived.  The drama is acted in many scenes, long or short, on four separate areas: main stage; apron stage; inner and upper recessed stages.  Films too thrive on changes of locale.  And all the modulations of pace and emphasis which the Globe Theatre’s (and Stratford’s) style suggests compare with the great variety of effects possible in the cinema.  Spoken “asides” and the convention of soliloquy are a little akin to close shots in a film.  The use of pageant and procession; music’s evocative delight integrated with lines and “noises off”; disinterest in unities of space and time–all these things link Shakespeare with the movies.  Even more so does his verse.

A successful film is more than the sum of its parts.  Above and beyond the interest of story or argument or depicted events there exists a quality which, for want of a better word, may be termed “association”.  The screen’s intimate rapport with an audience stirs up the assembled mind into a labyrinthine waking dream.  this cinematic quality is mysterious and I mention it at my peril.  However, the next point is simpler and it is that I believe dramatic poetry works in an extremely similar way.  The potency of “association” is a riddle which reason will not solve.  Instead, if we consider two Shakespeare passages, more or less at random, it is possible the point will be well made.  The lines work on our hearts and nerve ends quite apart from their value as storytelling or philosophy.  Consider them in the light of film’s sensuous undercurrents:-

“Some say that ever ‘gainst that season comes
Wherein our saviour’s birth is celebrated,
The bird of dawning singeth all night long,
And then, they say, no spirit can walk abroad;
The nights are wholesome; then no planets strike,
No fairy takes, nor witch hath power to charm,
So hallow’d and so gracious is the time”.

Our short series may be interpreted, and let’s hope enjoyed, in various ways.  For connoisseurs of fine acting there will be performances to admire, and others to argue.  Any devotees of decor and design should be absorbed, for Master Will is apt to appear in gorgeous robes.  There is the great interest to be found in changing movie styles through changing years plus, of course, the whole big debated question of making over “classics” at all.  All these elements carry their own fascination but for me in planning the season there has been another guiding element.  This has been, simply, the quality of Shakespeare’s text.  There is no call for an eulogy (this year in particular) but the paramount importance of the text can hardly be overstressed.  Without it there would be no series and everything within the series is designed to do it homage.³  You will understand, then, why there are no silent films included, no adaptations in another language nor “parallel” plots such as have been attempted.4  You will gather, also, why the shows are going on by chronological order of the plays.  That this is also roughly the order of film production is only a happy accident.  By something of a literary miracle, Shakespeare’s plays have been preserved.  The chance is a little like that of those ancient creatures that got themselves preserved in ice.  Only in this case the creature is not dead or rancid–however much some teachers like to pretend and do their worst in ruining the senses of the young.  It is alive and radiant.

A TABLE OF ALL MAJOR SOUND ADAPTATIONS FILMED IN ENGLISH

It is doubtful if any of these films has made a great financial
profit, although repeated showings especially of Henry the
Fifth and the MGM Julius Caesar must have helped.
Producers’ relative distrust of Shakespeare is also shown in a
number of projects announced but never realized.  The most
serious loss here has been Olivier’s planned Macbeth.  (Is
it too late?)  Brando and Ava Gardner might not have been
ideal as Antony and Cleopatra but it is a pity an all-star
British Tempest has come to nothing.  The sound screen has
not attempted any plays later than three of the four great
tragedies but the final romance plays offer a great deal, in
their magic and spectacle as much as their spiritual peace.

NOTES
AS NUMBERED IN THE ESSAY

Any amount of reading within the wide library of Shakespearean comment is bound to incur more debts than can be paid.  My main conscious influence and guide has been Professor John Dover Wilson; especially from his books Shakespeare’s Happy Comedies and The Fortunes of Falstaff and also the play prefaces in the Cambridge University Press edition.  Too much film criticism about Shakespeare is of the type quoted early on.  However, James Agee’s elaborate reviews of Henry the Fifth and Hamlet are first-rate, while an interesting article by Henry Raynor appeared in Sight and Sound for Summer 1952, surveying “Shakespeare Filmed” to that date.  The Canadian Film Institute publishes an index on the subject, prepared with thoroughness and good sense by Peter Morris, and copies of this will be available, nominally priced, during our season.