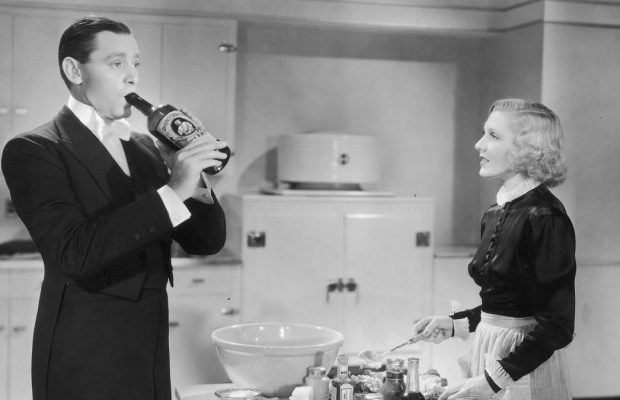 Toronto Film Society presented If You Could Only Cook (1935) on Monday, December 4, 2017 in a double bill with I Am a Camera as part of the Season 70 Monday Evening Film Buff Series, Programme 3.

Director William A. Seiter was born in New York City on June 10, 1890 and attended Hudson River Military Academy in South Nyack, New York.  Originally a writer and artist, he broke into films in 1915 at Mack Sennett’s Keystone Studios as a stunt double and bit player.  He graduated to directing comedy shorts in 1918.

Moving to Universal Studios, he began directing feature films in the mid-1920s.  He was the principal director of the popular Reginald Denny films, most of which co-starred Seiter’s second wife, Laura La Plante, who he was married to from July 1926 to April 1934.

When the talkies began, Seiter helped nurture the talents of RKO’s comedy duo Wheeler & Woolsey.  In 1933, he directed Laurel and Hardy in what some say is their finest film, Sons of the Desert and though uncredited, he also assisted in the writing.  He also worked with comedy teams the Marx Brothers in 1938, directing them in Room Service and with Abbott and Costello in 1946, directing them in Little Giant (aka On the Carpet).

Recently, in the last three or four years, two silent Colleen Moore films have been restored and screened to much enthusiasm at different film festivals.  Seiter was the director of those, Synthetic Sin and Why Be Good?, both made in 1929.

In 1933 he directed three films, one right after the other, with Ginger Rogers, Professional Sweetheart, Rafter Romance and Chance at Heaven as well as directing both her and Fred Astaire in Roberta in 1935.

He directed at least four films with Shirley Temple including Dimples and Stowaway in 1936 and Susannah of the Mounties and was the uncredited director of The Little Princess both made in 1939.  Walter Lang was listed as director for this last film.

Seiter directed some delightful pre-Code films including Is My Face Red? with Ricardo Cortez and Helen Twelvetrees, Hot Saturday with Nancy Carroll, Cary Grant and Randolph Scott and one of the segments in the film If I Had a Million.

Seiter also had 12 producing and writing credits apiece to his name and Make Haste to Live, made in 1954 with Dorothy McGuire and Carolyn Jones, was his last not only as director, but as producer as well.  In 1955 he began his sojourn into TV, directing a number of series and one movie made for TV.

As a director, on occasion, if Seiter ran into friction with one of his stars, he would get even by adhering religiously to the script, refusing to add any nuance or creativity to the project.  This pettiness may have been the reason that one prominent actress of the 1930s referred to Seiter as the most unimaginative director she’d ever worked with.

Shortly after his divorce from La Plante in 1934, Seiter married actress Marion Nixon and they raised three children.  The marriage lasted until his death in July 1964 at the age of 74, just a couple of months shy of their 30-year wedding anniversary. 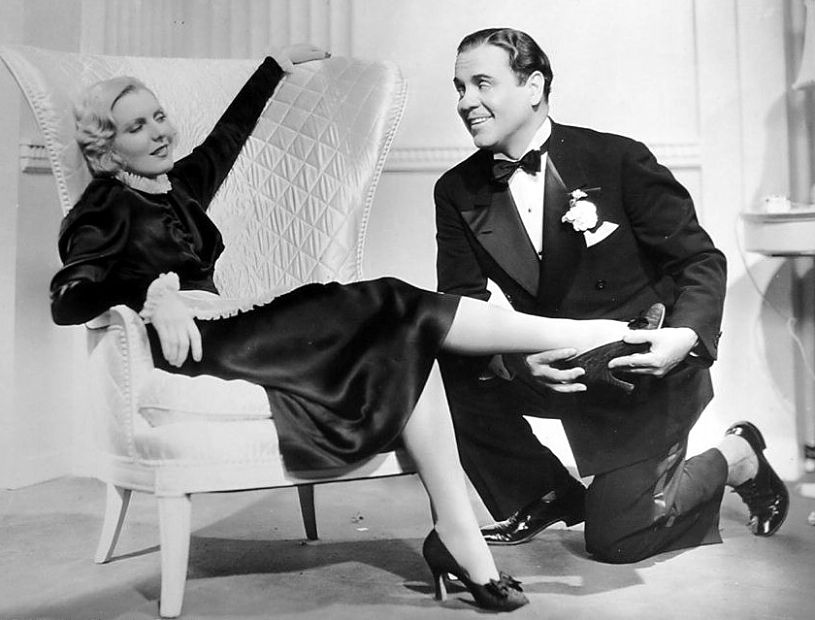 If You Could Only Cook casts Herbert Marshall as the head of a large automobile firm who decides to take a vacation hen the firm’s board of directors refuses to go along with his plans for a stylish new car design.

When he meets pretty, unemployed girl (Jean Arthur) in the park, Marshall agrees to go with her to apply for a husband/wife team job of butler and cook at the manor of Mike Rossini, a former bootlegger (Leo Carillo).  Then the fun begins.

Carillo almost steals the film with his familiar dialect-gangster role, and is abetted by a marvelous cast that includes such familiar faces as Lionel Stander, Frieda Inescort, Arthur Hohl, Matt McHugh (Frank’s brother), and Rolf Harolde.  According to Frank Capra’s autobiography, the film was erroneously advertised during its London run as a “Frank Capra production”.  (It was, in fact, directed by that excellent veteran William A. Seiter).  In his autobiography, Capra stated that he had nothing to do with the film and that Columbia president Harry Cohn perpetrated the deception hoping to cash in on Capra’s popularity in England following It Happened One Night.  According to modern sources, Capra sued Columbia for libel, and it was not until Cohn promised to buy the rights to the play “You Can’t Take It With You” that the incident was resolved.