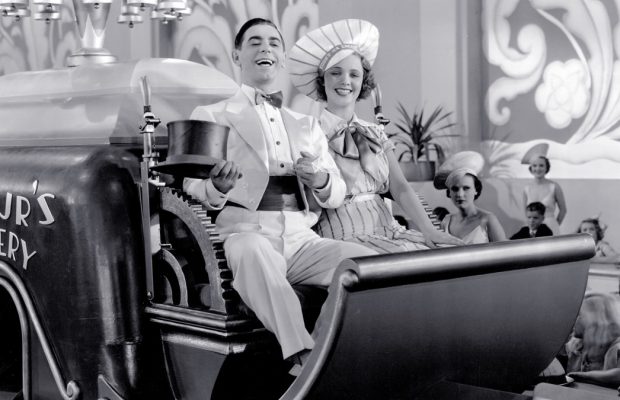 Toronto Film Society presented Kid Millions (1934) on Monday, August 15, 1977 in a double bill with Sunny Side Up as part of the Season 30 Summer Series, Programme 6. 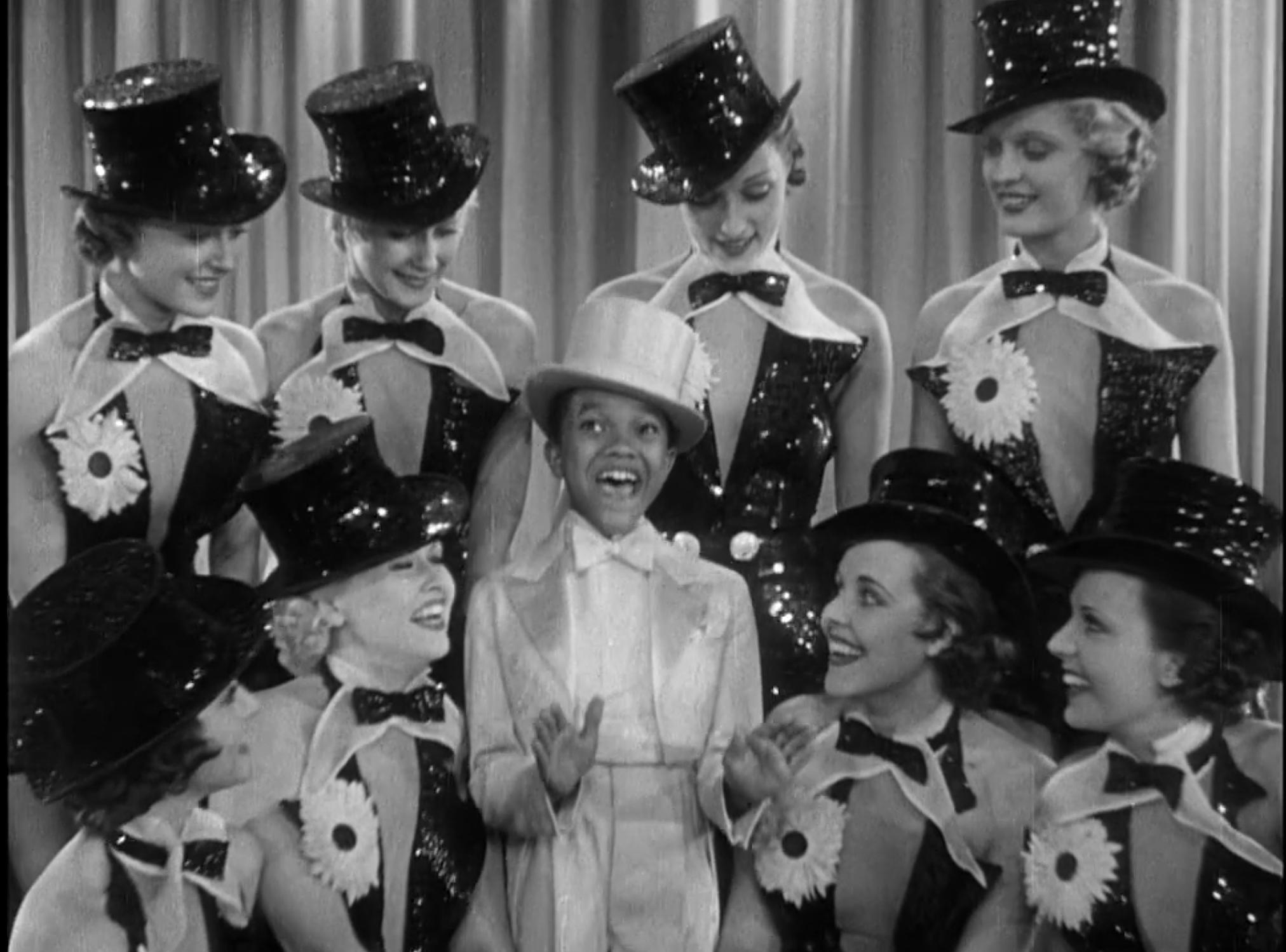 Samuel Goldwyn, the Ziegfeld of the Pacific, has mounted the million-dollar orbs of his favorite comedian in a rich and merry setting for the annual Eddie Cantor show. Kid Millions, though it erects its pennant a shade this side of inspiration, is a superior screen comedy into which the generous Mr. Goldwyn has poured almost everything that seemed helpful to the cause of pleasure. Do you want to laugh? Watch the helpless Eddie being salted and peppered for a Mohammedan holiday in the torture chamber of the Sheik. Do you want a song? Listen to the joyous and healthy voice of Ethel Merman as she goes to work on “An Earful of Music.” Or to Mr. Cantor himself, in and out of blackface, in “Okay Toots” and “When My Ship Comes In.” Girls? Mr. Goldwyn’s taste is faultless. Spectacle? The Technicolor sequence in the ice-cream factory is a fantasy which will please the most fastidious.

Not all of Kid Millions is as good as its best, but it is invariably diverting, a continuously reliable bazaar of gayety and music. Between guffaws this sober reporter thought Mr. Goldwyn’s new offering a bit long for complete enjoyment. That, though, was a reflection which had no time to settle while Eddie was submitting to the passionate cajolery of the Sheik’s daughter on board the camel, or while he was permitting Miss Merman to convince him that she was his long-lost mother. Perhaps it was a thought that crept in during the extensive musical numbers, which were content to be merely opulent while Nunnally Johnson’s comic inspirations were clamoring for an opportunity to be heard.

According to the lads who wrote the story, Eddie is the pantalooned Cinderella of the Brooklyn waterfront who falls heir to the round and fantastic sum of $77,000,000. It seems that his father, whom he never knew, plundered the Egyptian treasure houses of their riches, and the tattered simpleton of the wharves is the sole heir. Straightaway the innocent youth sets sail for Egypt to claim the treasure, on a boat which is crawling with his enemies. These ambitious rascals include Miss Merman, who is a Broadway song-plugger; Burton Churchill, who is just visible behind the florid ambuscade of a Southern gentleman’s goatee, and a crude fellow who looks suspiciously like Warren Hymer. What none of them know, however, is that the Sheik Mulhulla has sworn a blood oath to exterminate the infidel who proves his right to the treasure. Go on from there. Put the madcap tale to music, raisin it with gags and nifties, burnish it well with the Goldwyn grade of polish, and you have a fair idea of what is going on at the Rivoli.

The lavish ice-cream factory scene, filmed in the new Technicolor process, is the most successful example of fantasy in color that Broadway has seen outside of the Disney cartoons. Ann Sothern and George Murphy form a pleasing romantic team in Kid Millions, and its properties also include a funny performance by a young woman named Eve Sully.