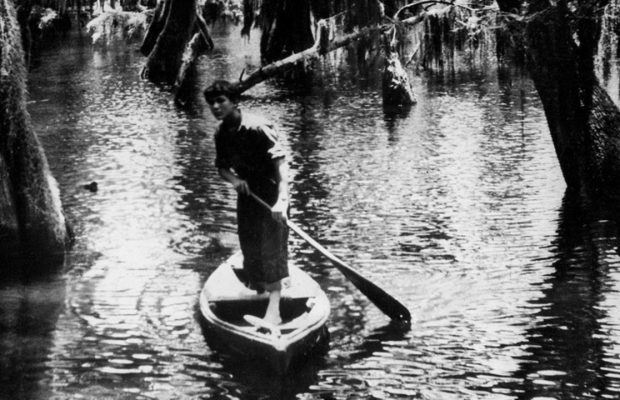 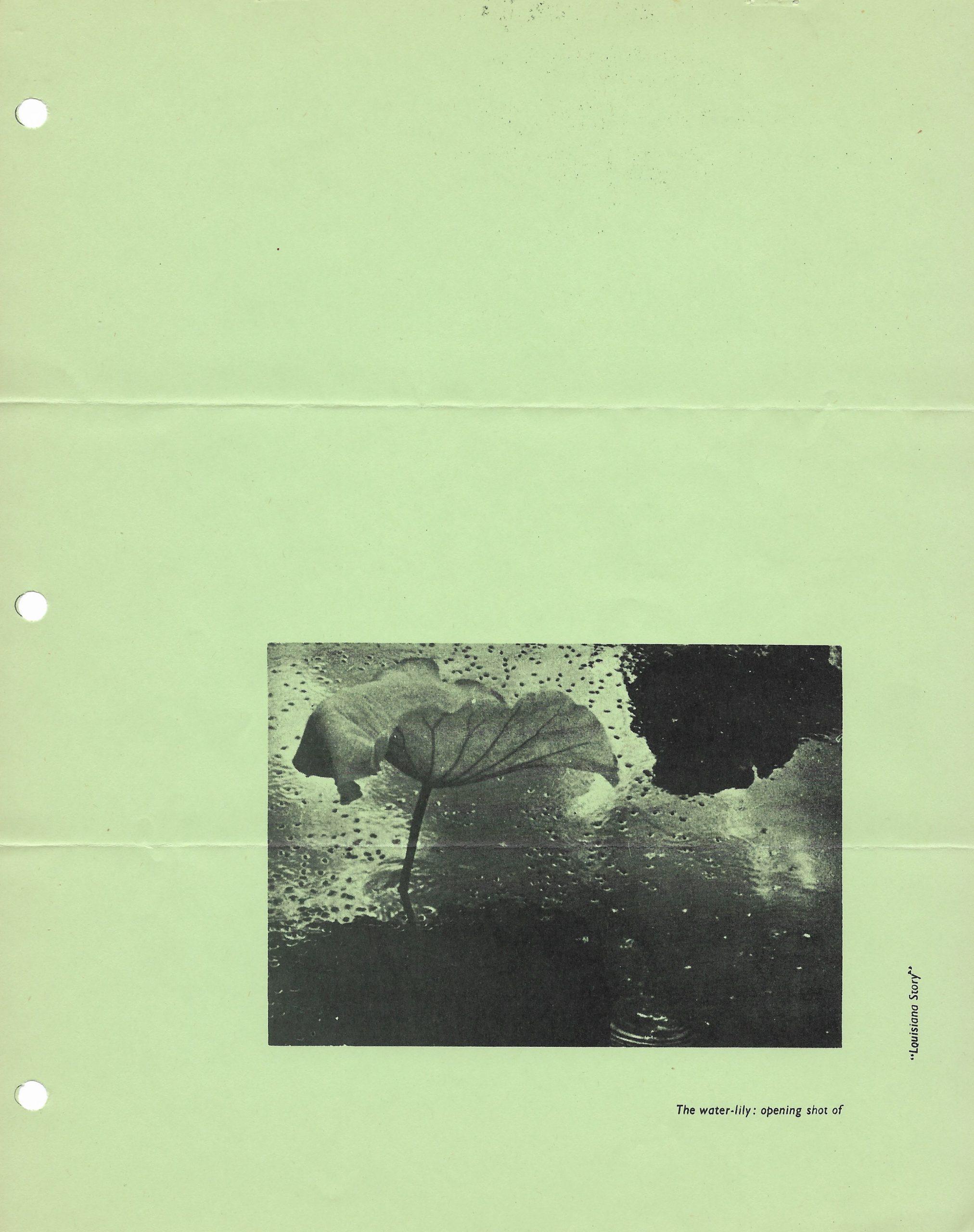 A cartoon with a style of its own, it received the Grand Prix International du Dessin Animé at a Venice Festival.  Fascinating–and inexplicably funny.

“I feel some sympathy with Alan Dent who, arriving late at the retrospective show (Edinburgh 1951), took Flaherty’s Industrial Britain to be the work of a newly discovered master, and was surprised to learn that it was nearly 20 years old.  For Industrial Britain, compared with a recent C.O.I. film on glassblowing, is as a skylark to a corpse.”  Basil Wright

In the formative period of the British documentary movement, Grierson invited Flaherty to join the E.M.B. Film Unit as teacher.  He went to the industrial Midlands to make Industrial Britain…Between black soot and white steam he found an infinite range of grey shades with which to compose his pictures…Inside the factories Flaherty found as much excitement in interpreting the skill of the English craftsman as he had found in recording the primitive struggle of the Eskimo and the South Sea Islander.

“Notice his grasp of the potter’s job, his remarkable anticipation of the craftsman’s hands as they mould the clay, his movement of camera always just in front of the movement of his actor…Such anticipatory movement of the camera is born, I suggest, only of long experience and of careful analysis, and, most important of all, of a complete understanding of human material…Such understanding is, I think, an attribute possessed more by Flaherty than any other documentalist, noticeable especially in Nanook and the handling of the craftsmen in Industrial Britain.”  Rotha

Only Basil Wright in Song of Ceylon was able to approach Flaherty’s own sensitive use of the camera to analyse and interpret acts and processes.

The cartoon which won both the British and American Academy Awards–already a classic, it is presented to members before the prints are withdrawn from current use.  UPA have always shown an eagerness to escape from cartoon convention; in this, the backgrounds are freely conceived, the draughtsmanship supple, and the colouring bright and varied; the music score is delightful. 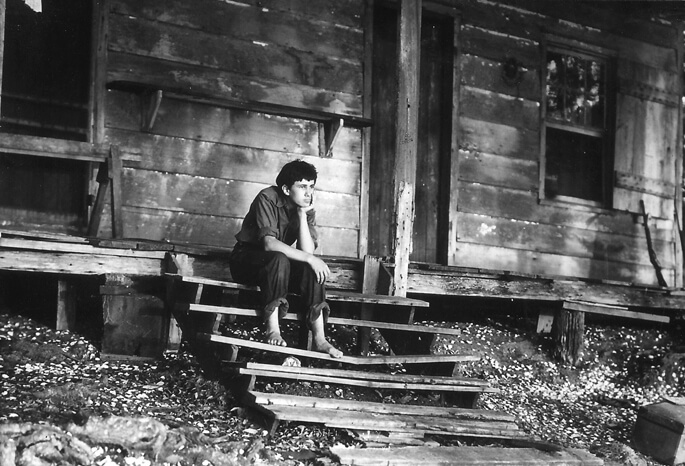 It is sheer delight; so–one might fancy, coming away–so, naturally, beautifully, inquisitively, the camera might choose to behave if it had a life of its own.  It attaches itself here, like a dog or a companion, to a French-Canadian boy in a canoe threading the forest marshes of South Louisiana; the light drips down, lilies float on the surface of the water; air bubble ominously up from the depth.  To the boy, and to us, everything is an enchantment.  Suddenly a representative of another world, in the form of a monstrous oil-derrick, comes wading up the bayou.  Frightened birds take to the air at the horrendous sounds made by the monster.  But the boy is not frightened.  The rest of Louisiana Story is the drama of his developing relation to this symbol of the worlds that lie beyond his horizon.

Here one might expect conflict; but with his constant respect for human nature, his optimistic belief that, with all their differences, people can live together, Flaherty has preferred to show us harmony rather than discord.  Here in fact are two ways of living, the Latours who live by shooting and trapping on their own land, and the oil-men who are also masters of a craft and as such worthy of respect.  Having a skill, that is the important thing; that, and due respect for the skill of your neighbor.  It is absurd to write Flaherty off as an escapist.

All this is of course implicit in the film, which is not a sermon, but a story (Flaherty called it a “dramatic fantasy”) of great beauty and many excitements.  No other film quite equals its freshness of feeling.

This was Flaherty’s first film with sound recorded on location.  He went about it as might have been expected.  He listened to the speech of the people, set down on paper (extremely sketchy) dialogue, fed it line by line to his natural actors, had them say it again and again, re-phrasing it until it came out of their mouths as their own speech.  Often dialogue spoken spontaneously as it occurred to them was recorded.  The result, as in the discourse on alligators toward the beginning of the film and the family conversation in Cajun French near its end, has a magical veracity.  Sometimes in Louisiana Story the magic falters.  This seemed to occur in scenes where dialogue was left to carry the story-line, though Flaherty avoided this as much as possible.  He succeeded best when the camera did the narrating and speech fulfilled the function of revealing emotion, character, psychology, coming from the people as their own expression.

The music talks for this almost wordless picture.  Flaherty wrote, “We saw to it that the composer, Virgil Thomson, would be able to see the film in its first rough cut and have plenty of time to explore the music which, as in Aran, was the folk music of the people in the film.  Here again music has done more than words to motivate the story; Louisiana Story has gone another step further in welding music and film together.  And we feel that this is only the beginning of wonderful things that could be done in the future with composer and film-maker teaming up and working together.  Because music and film have movement, whereas words tend to slow movement up.  And movement, we still fell, is the essence of good film as a form of art.”

This is Virgil Thomson’s first film music since The Plough that Broke the Plains and The River.

As for the visuals, Flaherty and his gifted cameraman, Richard Leacock have this time an even greater feeling for the mysteries of light and colour than Flaherty first revealed in Moana.  You may take your choice of the gentle pans to the boy’s bare feet on the greasy iron decks of the derrick, his tense toes clinging tight to the slippery floor, or his soft stealth of movement through the life infested swamp and forest, or the just plain time to look and look and look.

Helen Van Dongen’s editing throughout is fine, and in the oil drilling sequence seen through the eyes of the boy, it is superb.

The Standard Oil Company of New Jersey sponsored Louisiana Story as part of its post-war public relations campaign.  The contract was an extraordinary one–providing complete finance by Standard Oil, but leaving Flaherty its sole owner, with no obligation to repay the negative cost and with distribution rights entirely in his own hands; Flaherty had complete freedom to make the film as he wished.

Flaherty’s rarely shown film, The Land will be screened at the Discussion Group on Monday, April 20; it, along with Louisiana Story will be discussed.

Mother:  “Exceptionally moving, beautifully acted; mother and son’s performances exquisite; would like to see again and again; more to it than can be got from seeing it just once; ice floes, superimposed factories and other trick shots effective the first time but repetition and length of shots made them lose effectiveness”–“Have seen twice before but for first time, because of speaker’s remarks, was able to analyse the lack of clarity and integration in the crowd sequences; Pudovkin best when handling individuals”–“As a specimen of early cinema it stands out as a superb effort; despite the speaker I thought the cutting excellent, the moving waters and ice floes very well integrated; I was not conscious of Art; nor any of the flaws pointed out..disliked morbid character of Russian people; brutality; the photography seems dull now”–“Very interesting historically but had no great personal appeal for me; nothing I disliked; structure excellent, variety of characters and location satisfactory, reserved treatment of capitalists surprising”–“Fairly good but slow”–“A great emotional experience…left an impact I shall not soon forget; mother’s portrayal a masterpiece”–“Too slow, but please don’t deprive us of these milestones in film because we make such remarks; preferred The End of St. Petersburg which seemed to more purpose; seeing Pudovkin one of the highlights; agree with speaker that scene where mother and son smile at each other was one of the highlights”–“Superb”–“Marvelous; film-making psychology just about perfect; liked music in saloon – authentic; film a little too overdone and obviously propaganda”–“Nothing one could rave about; why show similar films?  Red propaganda utterly unacceptable; moves exasperatingly slowly”–“Not a masterpiece: Greed made 2 years earlier was superb film-making; glad you showed Mother“–“For the times truly remarkable; beautifully executed, very moving, please allow me to congratulate you on your fine choice of films tis Season”–“A wonderful vehicle for study; because it’s a difficult film for a general audience, your presentation successful – music excellent; previously saw Mother with no music when 50 members of University Society walked out while I noted only 7 waked out of T.F.S.”–“Music good”.

Apropos of the ‘propaganda’ question we would like to quote the following member: “I am glad to see you screen a Russian film when the very name of that country is anathema to our ‘enlightened’ society.  If audiences cannot distinguish the falsity of Communist propaganda, they deserve nothing better than to be subjugated by it.  Surely they cannot accept everything the screen throws at them.  The caricatures of Czarists and capitalists seem funny to sensible audiences.  T.F.S. deserves bouquets.  There was none of the usual guffawing which greeted the screenings of the University Society.  Controversial films should be made available to mature audiences.  I am glad the T.F.S. is one.  As producers of the greatest film ever made, Potemkin, we should see more of Russian productions.  Everyone who doesn’t jeer or throw eggs at any remark favorable to Russia is not necessarily a traitor to his country.  Programs like the Pudovkin evening are a hopeful sign in the Society.  When we are besieged by a deluge of inferior and naseating American Technicolor ‘movies‘ one is thankful that here at least one can see a film.

COMMENTS ON THE SPEAKER pointed to a controversial reaction, with the majority of those who commented reacting unfavourable.  Sample remarks – “After viewing the film I don’t know when I have been more indignant: there was nothing in it to warrant the biased, superficial and unjust remarks”–“Introductory remarks quite unnecessary and rather poorly done; neither good criticism nor enlightening; couldn’t help feeling the Society was being apologetic for showing this film: I hope that was not the case”–“Thanks for having the speaker; they add greatly to our enjoyment of film generally”–“If ever an introduction or music ruined a film, tonight’s performance proved how effectively a wonderful film can be shattered”–“greed with speaker about main defects”. 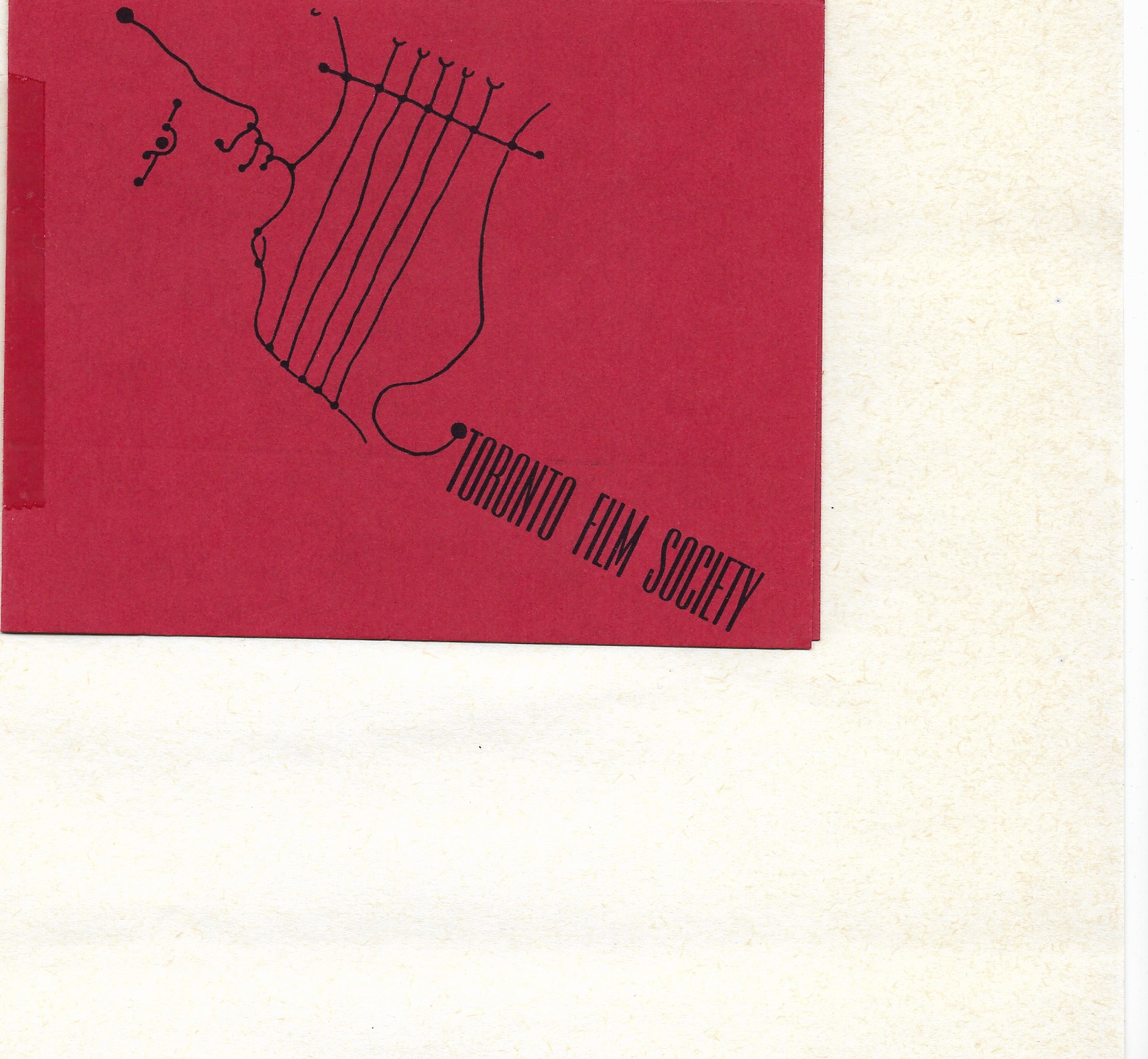 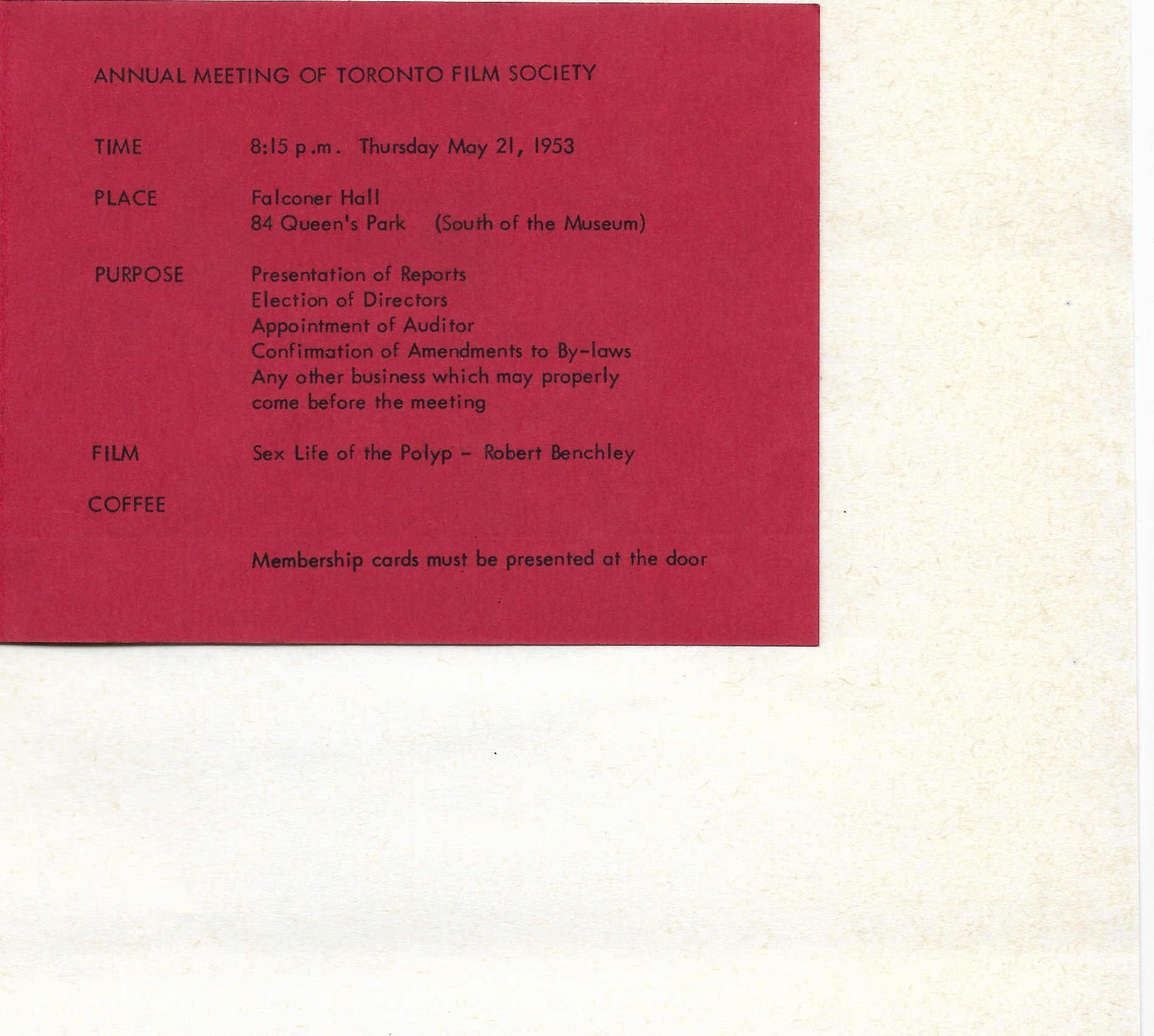