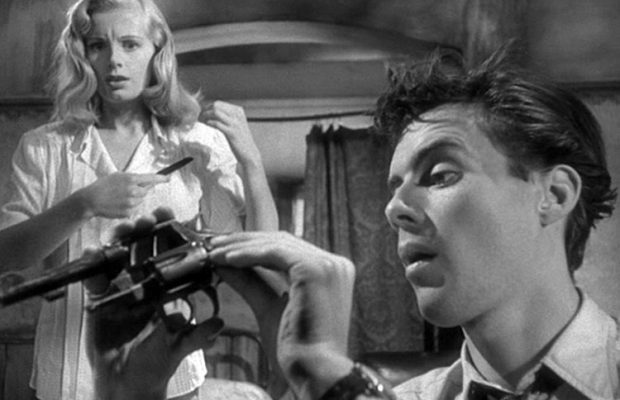 Toronto Film Society presented The Blue Lamp (1949) on Monday, January 9, 1984 in a double bill with The Glass Key as part of the Season 36 Monday Evening  Film Buffs Series “B”, Programme 5. 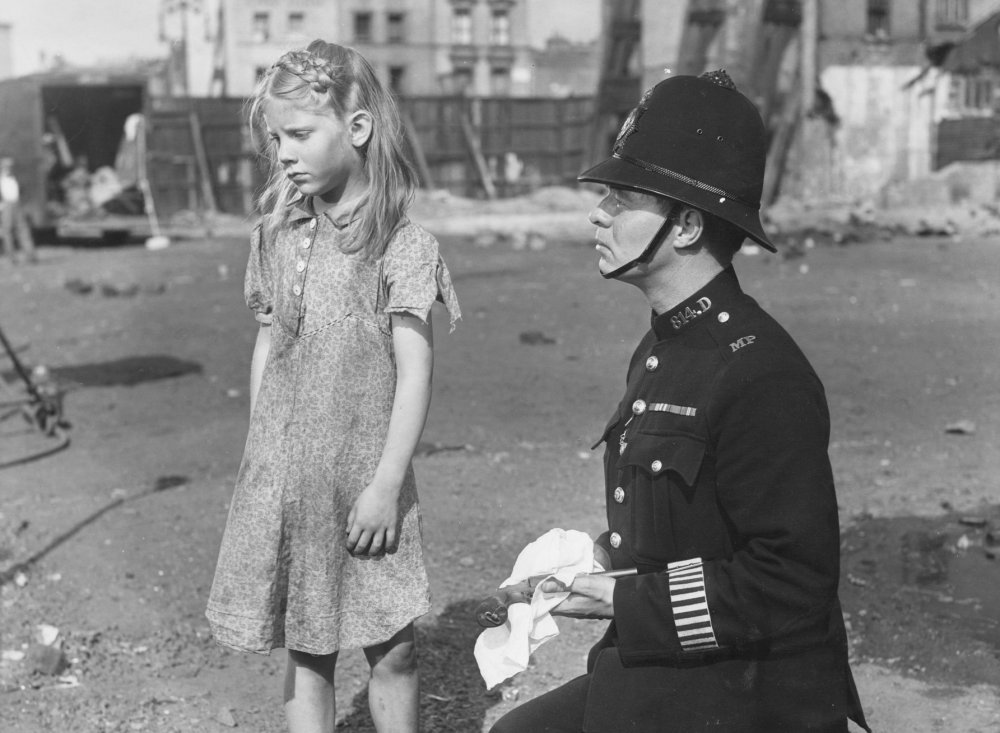 In the postwar era, Hollywood was not alone in the production of documentary-style police thrillers such as Naked City.  The Blue Lamp, one of Britain’s contributions to the cycle, derives its title from the light that shines above the entrances to British police stations.

Many of the characteristics of the American films, such as the on-location shooting including a climax at a huge stadium, are present.  Even one of the criminals, played by Patric Doonan, is reminiscent of Richard Widmark’s giggling psychopathic killer in 20th Century Fox’s 1947 production Kiss of Death.  The Blue Lamp made a star out of Dirk Bogarde as the vicious killer, and introduced Jack Warner (not to be confused with Jack L. Warner, the head of Warner Brothers Pictures) to his Dixon characterization, anticipating his long running British TV series, Dixon of Dock Green.  Among familiar faces is that of Bernard Lee (of “M” fame in the James Bond films.)

The studio received the full co-operation of Scotland Yard, and the film acts as a tribute to all levels of crime prevention people, from the lab scientist to the squad car driver to the bobby on the beat.  The picture deals with the tracking down of a neurotic small time crook (Bogarde) who kills a policeman during a holdup.  No attempt is made to glamorize Bogarde or his hysterical girl (Peggy Evans.)  Through artful use of London locations, lush editing, excellent photography and important, first rate cast performances, The Blue Lamp emerged as one of England’s top 1950 moneymakers.

In common with its American contemporaries, The Blue Lamp captured an era and lifestyle and a city which have changed drastically since 1950.  Looking at The Blue Lamp, one is reminded of the unique qualities of British films and saddened by their almost non-existence in North America in the last 20 years.