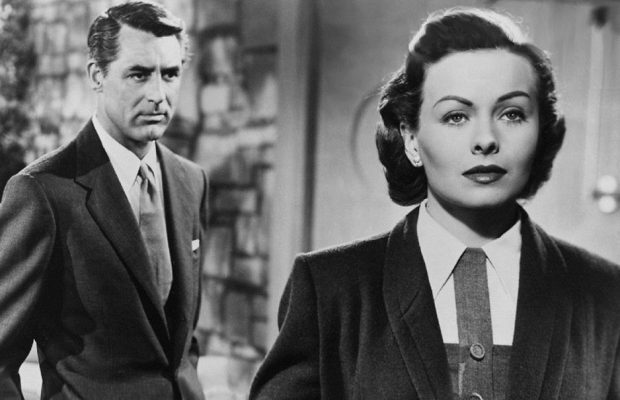 Toronto Film Society presented People Will Talk (1951) on Sunday, February 3, 1985 in a double bill with One Hour With You as part of the Season 37 Sunday Afternoon Film Buffs Series “B”, Programme 7.

In what has been called one of the most confusing films of all time (Manny Farber, Negative Space), J.L. Mankiewicz attempted to follow the brilliant successes of All About Eve (1950) and A Letter To Three Wives (1949) by doing for the medical profession what he had done for the acting profession in All About Eve.  The combination of witty comedy and highly dramatic plot deals with a host of topics from an indictment of the medical profession, to a satire of the academic community, to what was considered in 1951 to be an “unconventional” love affair.  In adapting the original play, Mankiewicz kept the broad outlines while concentrating on his message that “medicine should be more than pills, serums and knives” (Newsweek, August 27, 1951).

Indeed, the unconventional hero who wages battle against he forces of oppression mirrors in an intriguing way the political context of the times, and People Will Talk is seen as remarkable in that it is “the only film of the McCarthy period about right-wing oppression without reference to Hollywood or Washington politics” (Bernard F. Dick, J.L. Mankiewicz).  Mankiewicz was, in fact, waging his own battle at this time against the loyalty oath which DeMille was trying to force on the Screen Directors’ Guild (of which Mankiewicz was the president), and it has been suggested that the last scene of People Will Talk, cross-cutting from the victorious Dr. Praetorius to the vanquished Prof. Elwell trudging away, mirrors the end of the meeting at which DeMille was defeated at the Guild. 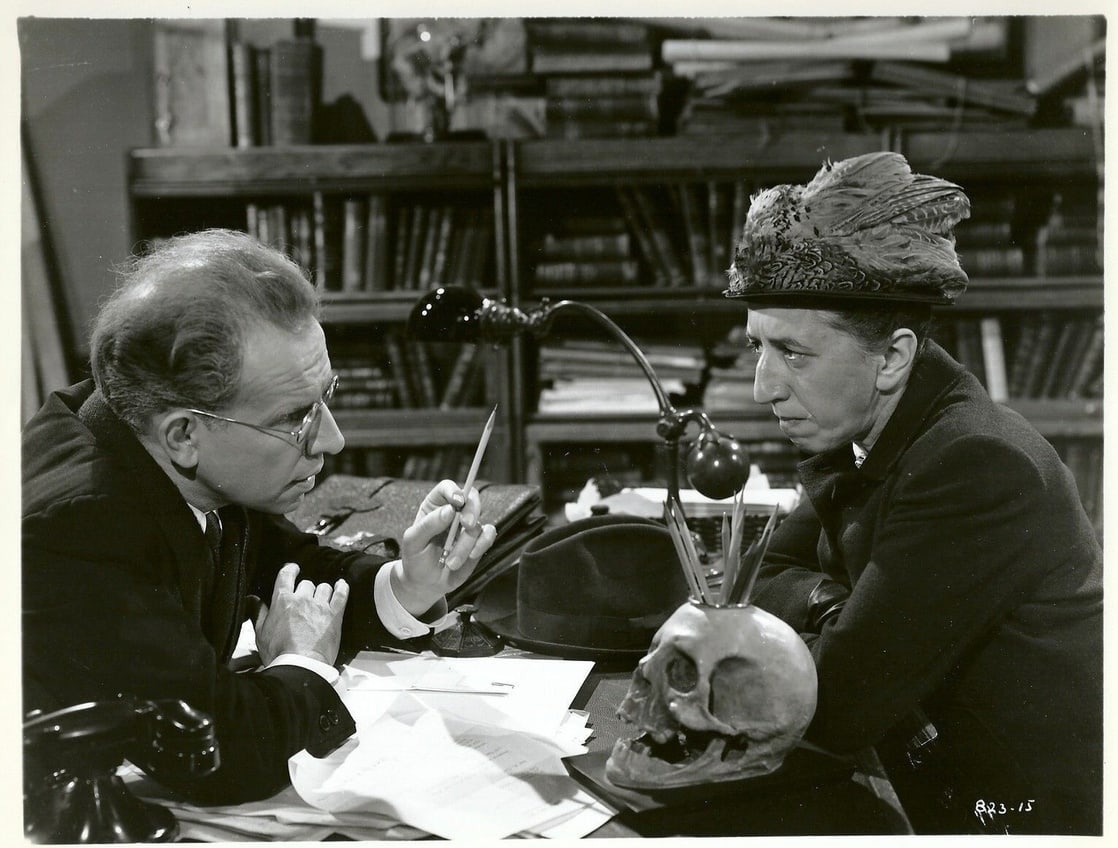 Darryl F. Zanuck, who also produced All About Eve, was responsible for the title of the film by objecting to the over-emphasis on dialogue in the screenplay, his observation being that while people will talk, pictures must move.  The change in title (from Doctor’s Diary) was also felt to reflect the anticipated reaction to both the satire of the medical field as well as the unprecedented story of a girl who is pregnant and unpunished.  This intriguing dilemma, which underlies the main plot of Praetorius’ persecution, adds a bizarre and curious note.  Mankiewicz himself felt that the Hays Commission would probably object to this story line and was surprised that it was not censored.  The modern viewer might, however, find the resolution of this sub-plot trite and old-fashioned.

As the crusading doctor, Cary Grant was the object of mixed reviews from critics who either hailed his intelligent performance or reproached his supposed attempts to succeed the way George Sanders and his chilling insouciance did in All About Eve.  In fact, Cary Grant does manage to combine the wit and seriousness which his character is meant to reveal in facing the bizarre twists of the complicated plot.  Curiously enough, it is at his most mysterious moments in the plot, when he is “hiding” his background, that he is the most successful, prefiguring his Hitchcock roles where what Pauline Kael calls his “dark side” is most effective.  Ironically, Mankiewicz’s first choice for the role of Deborah was Anne Baxter, whose pregnancy kept her from taking the lead part.  The choice of Jeanne Crain, towards whom Mankiewicz’s antipathy is well-documented (“I don’t like the name Deborah and I don’t like Jeanne Crain”, commented J.L., when asked why Crain appeared with the same character name in two pictures, (People Will Talk, Kenneth L. Geist), perhaps contributed to the resultof a  negative, too docile element in the portrayal of the pregnant girl.

The supporting cast also succeeds in developing the odd mysteriousness of the plot, from the dignified Finlay Currie as the weird Shunderson, whose slow but eloquent explanation ultimately clears Praetorius, to the effective creepiness of Hume Cronyn as the psychopathic Prof. Elwell (“ill will”).

People Will Talk, although severely criticized for attempting to deal with profound problems of society in a ludicrously superficial manner, nevertheless manages to go beyond what the critics of the time saw as a film which would appeal to women because of its love story and to men because of its serious challenge to the medical world.  Mankiewicz felt that films should “present ideas and comment as well as purely visual effects”, and People Will Talk is a good example of the use of visual contrasts and antithesis to reflect the struggle between tyranny and freedom.