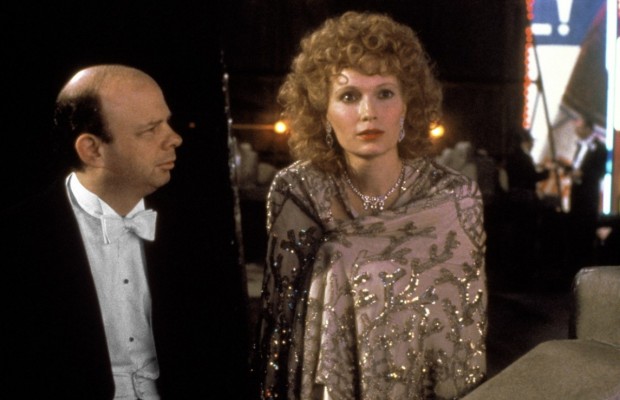 Woody Allen’s warm tribute to the medium that time forgot spot lights both the people whose lives revolved around their favourite radio programmes (a Jewish family living in Queens) and the people who created those aural fantasies.  Richly nostalgic.  – Barry Chapman, TFS President

”Radio Days,” which opens today at the New York Twin and other theaters, is as free in form as it is generous of spirit. It’s a chronicle of a family during the radio years, as well as a series of short-short stories. These follow, one after another, like the tales of Scheherazade, if Scheherazade had been a red-headed little Jewish boy in the Rockaways, born poor, star-struck, infinitely curious, and seriously incompetent as a juvenile criminal.

”Radio Days” is so densely packed with vivid detail of place, time, music, event and character that it’s virtually impossible to take them all in in one sitting. Carlo Di Palma is again responsible for the stunning photography, and Santo Loquasto for the production design.

The members of the huge cast are uniformly splendid. Many, like Tony Roberts, Danny Aiello and Jeff Daniels, are familiar from earlier Allen films, while others, like David Warrilow and Tito Puente, are new.

The film is nothing if not generous with – and to – its talent. Miss Farrow is hilariously common-sensical as the ambitious cigarette girl (”Who is Pearl Harbor?” she asks in bewilderment on Dec. 7, 1941), and Diane Keaton, on the screen only a few minutes, helps to bring the film to its magical conclusion with a lovely, absolutely straight rendition of ”You’d Be So Nice to Come Home to.” It’s New Year’s Eve, 1943, and Mr. Allen’s radio days are as numbered as those of Proust’s old Prince de Guermantes.

At this point I can’t think of any film maker of Mr. Allen’s generation with whom he can be compared, certainly no one at work in American movies today.  As the writer, director and star (even when he doesn’t actually appear) of his films, Mr. Allen works more like a novelist who’s able to pursue his own obsessions, fantasies and concerns without improvements imposed on him by committees. – N.Y. Times