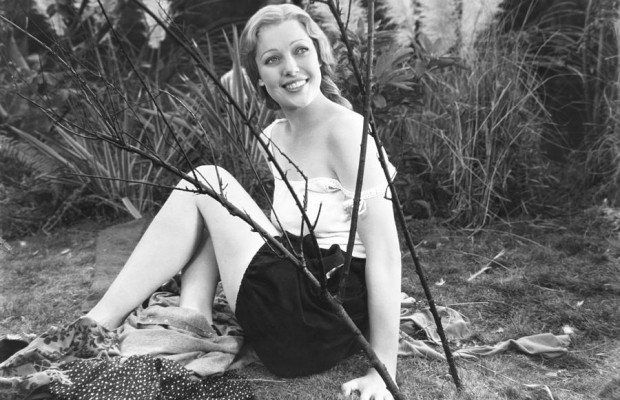 Toronto Film Society presented Zoo In Budapest (1933) on Monday, November 8, 1976 in a double bill with By Candlelight as part of the Season 29 Monday Evening Film Buff Series, Programme 2.

Zoo In Budapest had been virtually unseen for almost thirty years when, along with a group of other classics from the early sound period, it was resurrected from the vaults of Twentieth Century Fox and a new print was struck for general circulation.  Its reappearance was greeted with ecstasy by many critics.  Discussing this group of films as a whole, Elliott Stein wrote:

Rowland V. Lee’s Zoo In Budapest (1933) stood out as the great rediscovery.  Except for a short final scene, all of this marvellously poetic work takes place in an Arthur Rackhamesque Tiergarten which serves as refuge for the three main characters….

The passages leading up to this fantastic action sequence [the climax] are remarkable for their balance of narrative vigour and romantic lyricism.  Lee Garmes’ camera links sinuous art nouveau tracking shorts which establish the physical layout of the menageries and introduce characters (reminiscences of his previous work with Sternberg here) and slow, caressing movements during the glowing idyllic passages.  An exquisite scene is set in the marsh at dusk (impressionism of sound and image: foliage and preening birds seen through the mist, Debussy music) when Eve, hiding in the bird sanctuary, removes the drab orphan’s uniform she has worn all her life and puts on woman’s clothing for the first time.  Zani arrives, feels her beating heart and remarks that she is “all moulted”.

Yet contemporary reaction was equally enthusiastic and it is a sad comment on the state of film scholarship that a work capable of arousing such raptures should still go unmentioned in even recent histories and dictionaries of the cinema.  Mordaunt Hall wrote in the New York Times:

Jesse L. Lasky’s first production under the Fox banner is a splendid example of cinematic art, in which imaginative direction and lovely photography vie for supremacy.  Its narrative is for the most part simple and beguilingly slothful, but it winds up in a blaze of excitement.  Often the smoothness of the scenes and the effortless fashion in which they are set forth remind one of the work of the late F.W. Murnau…

The beauty of some of the scenes, especially those in which pelicans and cranes are beheld, often reminds one of Japanese decorations.  There are the dark lines edged with silver, the water glistening in the sun, the waving reeds and here and there a bird.  And, it might be said, Mr. Lee adroitly employs some of the glimpses of the zoo inmates to get a laugh, for the expressions on human faces are contrasted with those of birds and beasts.

Little seems to be known of the director of this film, Rowland V. Lee, despite a prolific career in Hollywood from the 1920s to 1945.  William Everson calls this unquestionably his best film and comments that elsewhere Lee seemed content to imitate the style of others, such as Lubitsch or Whale (Lee too is now best remembered for his horror films, Tower of London and Son of Frankenstein, both of which Elliott Stein praises, though he was also capable of making an entertaining comedy like One Rainy Afternoon).  Even if his overall career is little better than mediocre, however, he certainly deserves to be remembered for Zoo In Budapest.

(The original 35mm prints of this film contained many sequences tinted amber or blue.)