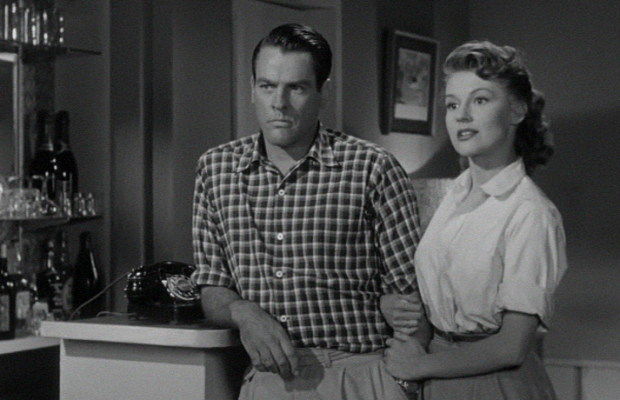 Toronto Film Society presented Drive a Crooked Mile (1954) on Sunday, February 20, 1983 in a double bill with Mr. Smith Goes to Washington as part of the Sunday Afternoon Film Buffs Series “A”, Programme 7. 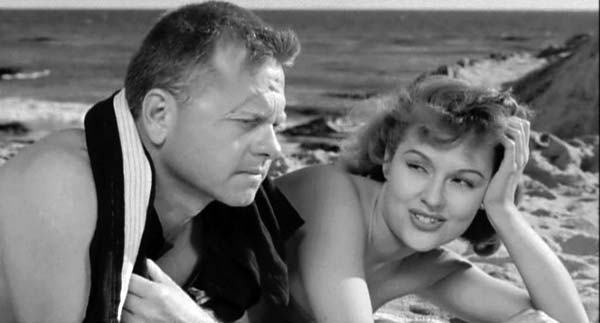 The source of the merit of the film is not hard to spot; it is Mr. Rooney’s characterization of the lonely little mechanic with his dreams of driving in the great European sports car races.  He deserves a special salute for his job.  Without detracting from his accomplishment, it should be pointed out that the scenarist had a lot to do with the creation.  Jack Kelly along with Kevin McCarthy and Miss Foster all contribute nicely to the total effect, but it is clearly Mr. Rooney’s day.  It is solid, minor productions such as this that should form the body of film output.

The lack of pretentiousness in a film like Drive a Crooked Road could be mistaken for a lack of artistic zeal; but such films take the motifs of the cycle out of the ark corners of a noir underworld and bring them into the sunlight, where human nature remains as corrupt as it is in the ark.  The doomed noir hero played by Rooney is all the more poignant for being a very ordinary human being who suffers from the simplest of alienated emotional states: heterosexual loneliness.