Toronto Film Society presented The Canary Murder Case (1929) on Sunday, February 10, 1985 in a double bill with Roxie Hart as part of the Season 37 Sunday Afternoon Film Buffs Series “A”, Programme 8.

Between 1926 and 1939 Willard Huntington Wright, a distinguished art critic who had been editor of The Smart Set, wrote, under the name of S.S. Van Dine, twelve novels of detection featuring as detective an aristocratic, effete, aesthetic young intellectual, Philo Vance.  Educated at Harvard and several European universities, smoking Regies, sporting a monocle, and spouting a great deal of abstruse knowledge.  Vance was as obviously the descendant of C. Auguste Dupin and Sherlock Holmes as he was the ancestor oft he likes of Ellery Queen; he was also, don’t y’know, the American cousin of Dorothy Sayers’ egregious Peter Wimsey.  As a compendium of so many of his great forebears, he quickly became the most popular detective of his time.  Largely forgotten now by the reading public, though in and out of print (and at present partially in) for the past sixty years, Vance was ripe for filmic treatment in 1929, with three best-sellers behind him.  But certain modifications needed to be made for his transition from the middle-class readership of detective fiction to the mass audience of film.  His priggishness, his upper-class speech mannerisms (his omission of his terminal g’s, and his preference for such expressions as “Eh, what?”), not to mention the monocle, would have to go.  The history of Vance on film is one of gradual then precipitous decline from an initial suavity and sophistication: from William Powell to Basil Rathbone to Warren William to Paul Lukas to Edmund Lowe–to Grant Richards, James Stephenson and Alan Curtis?? 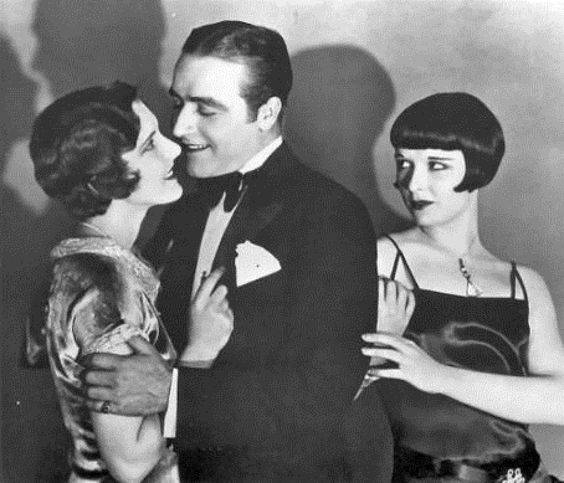 But Vance found his most satisfying incarnation in Powell, who had been cast for the previous decade as at worst a villain and at best a social ne’er-do-well (Sherlock Holmes, The Great Gatsby, Romola, The Last Command).  With the coming of sound, his saturnine features were supplemented with an authoritative and pleasing voice; and Variety hailed his performance in The Canary Murder Case as that of “a number one name in the talker field and perhaps the best dramatic player in the sound film so far.”  As Vance, Powell preserves little of the literary character, whom Dashiell Hammett derided as “a high-school girl who has been reading the foreign words and phrases in the back of her dictionary,” whom Raymond Chandler called “probably the most asinine character in detective fiction,” and whom Ogden Nash most memorably encapsulated in “Philo Vance/Needs a kick in the pance.”  Except for the sophisticated elegance, Powell’s performance looks back at Van Dine much less than it looks forward–to the long line of screwball heroes he would play, and especially to the reincarnation of Philo Vance in Nick Charles (one wonders what Hammett thought, if he ever saw the connexion).

This first of of fourteen Philo Vance pictures is adapted from the second Vance novel (the first, The Benson Murder Case, would be filmed the next year, also with Powell).  It contains most of the cliches of the genre in its golden age: the police are every bit as obtuse as Poe or Doyle ever made them, and Eugene Pallette, soon to become identified as a bemused businessman or father of screwball heroines, perfectly embodies Detective-Sergeant Heath, the stolid police official whose stupidity enhances the Great Detective’s brilliance, but who, in the manner of the genre, takes the final credit–“Looks like you and I have guessed right.”  And there is of course the final explication scene, which Van Dine may claim to having invented, when all the suspects, all the remaining characters, that is to say, are gathered together for the unmasking–here it takes the form of a poker game staged to elicit the criminal’s guilt.

For cultists, the high point of the film will no doubt be the brief appearance of Louise Brooks.  Always more of an iconic presence than an actress, Brooks appears here, in the same year as Pandora’s Box and Diary of a Lost Girl, with the familiar bobbed hair and malign passivity that Godard paid his homage to in Vivre Sa Vie (The image that most viewers of this film carry away, however, is that of Brooks in her “Canary” costume, feathery hairpiece, swing, cage and all.  But do canaries have legs like that?)  Since The Canary Murder Case was originally made as a silent and then dubbed with the coming of sound, and since Lulu, who had had a row with B.P. Shulberg at Paramount and by this time was in Europe with Pabst and refused to return, her performance remains, like all her best ones, essentially visual; Margaret Livingston dubbed in her voice, which strikes a remarkably dissonant note.  And the presence of Brooks lends a decadent European quality to the film, especially in retrospect; the New York Times saw her swinging in her trapeze (canary-perch, that is) as a reminder of Dupont’s great silent film Variety (Oddly, Dupont would later direct a 1937 remake of The Greene Murder Case).

Also in the cast are Jean Arthur, who would be the murderess in the very next Vance film, The Greene Murder Case, and who was at the beginning of a long career of playing screwball heroines (again suggesting the linkage of these two genres, especially in this film); and Gustav Von Seyffertitz, who had played many a silent villain (Moriarty in the 1922 version of Sherlock Holmes, with Powell as one of his coadjutors; and the terrorizer of Mary Pickford in Sparrows); inasmuch as Van Dine had also brought to its peak of perfection the convention of the least-likely-suspect, am I giving anything away in revealing that Von Seyffertitz is not the murderer?

The director of the film, Mal St. Clair (1897-1952) is one of the most problematical of Hollywood directors, who began with Rin Tin Tin, and ended with Laurel and Hardy.  In between, he made some remarkably sophisticated comedies (Are Parents People?, The Grand Duchess and the Waiter) which made him a minor Lubitsch in the ’20s.  That touch, glimpsed throughout  The Canary Murder Case, makes this rare film a fascinating prediction of the course to be taken in the coming decade by the two genres which would dominate Hollywood’s own Golden Age–the detective film and the screwball comedy.