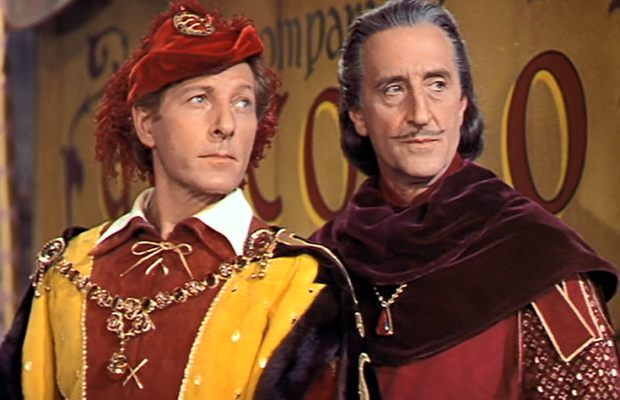 Toronto Film Society presented The Court Jester (1956) on Sunday, March 20, 1983 in a double bill with Hills of Home (Master of Lassie) as part of the Season 35 Sunday Afternoon Film Buffs Series “A”, Programme 8. 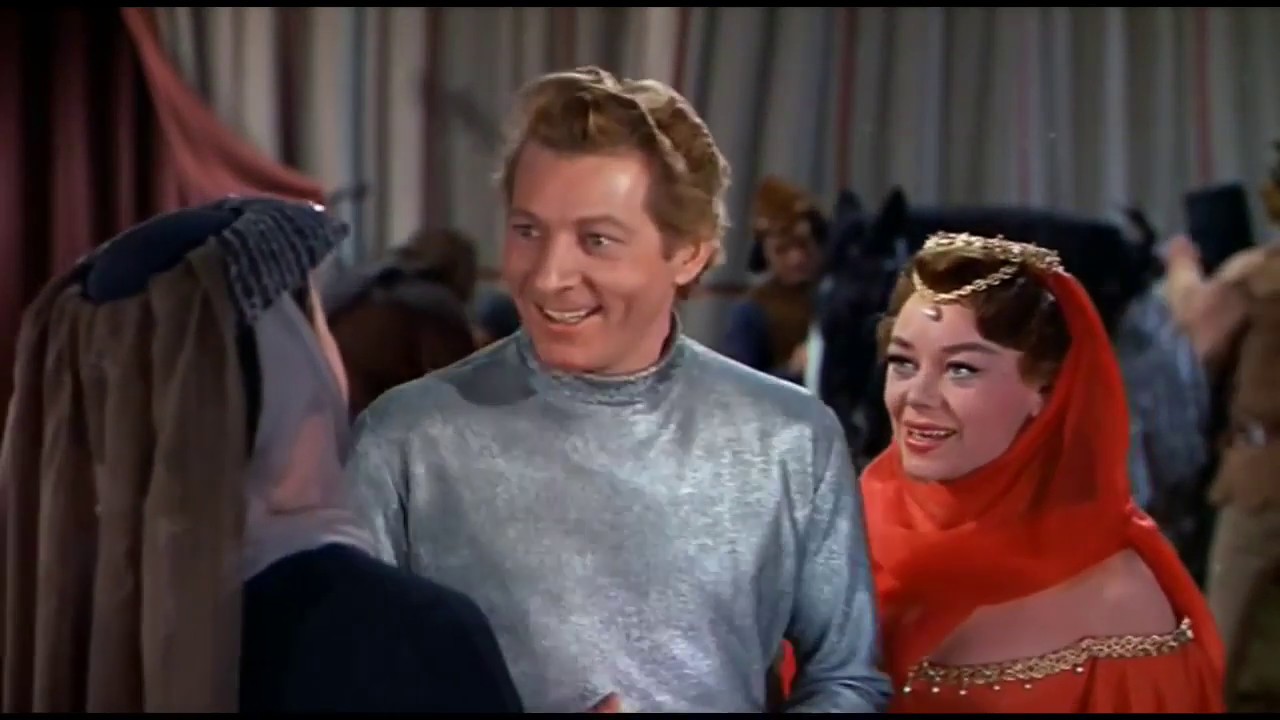 The Court Jester is perfection in every way.  Billed at the time ast he most expensive screen comedy ($4 million) to date, every dollar showed on the screen in this lavish costume production.  Danny is part of an underground movement to restore a rightful infant king to power; scorned by his hero the Black Fox, he sees his chance to make good by impersonating a travelling jester (Giacomo–King of Jesters and Jester of Kings) who has been commissioned to join the royal court.

The film is full of memorable scenes, tuneful songs, and bright bits of comedy business, including the deathless warning to Danny as he enters into combat with the swarthy Robert Middleton: “The pellet with the poison’s in the vessel with the pestle; the chalice from the palace has the brew that is true.”  The film also boasts Sylvia Fine’s clever soliloquy “The Jester’s Lament,” which concludes with the observation that “an unemployed jester is nobody’s fool.”  But most important, the film give Danny Kaye a role no one else could have played.  For the first time, a Kaye vehicle wasn’t warmed-over Harold Lloyd or imitation anybody.  Panama and Frank were able to capture in a screenplay what Sylvia Fine has been able to capsulize in her comedy sons for Kaye over the years: his gifts for comedy, music, mimicry, pantomime, and fast-paced chatter.  They also created for him a completely likable and empathetic character who was wroth caring about and laughing with.  In The Court Jester Kaye’s clowning never interferes with the story line, and one never has the feeling that his comedy is merely an excuse to counterpoint a romantic subplot or to pad out an elementary story. 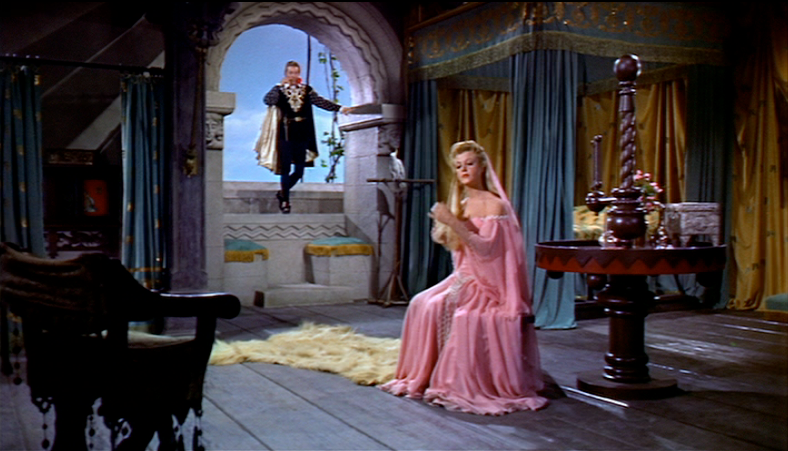 The Court Jester is great adventure film?  Well, perhaps not, but it is a great spoof of adventure and as a piece of entertainment it needs no defending.  Norman Panama and Melvin Frank, who wrote, directed, and produced it, made it with an obvious fondness for the genre and with a stylishness that makes it more entertaining than many of the films it lampoons.  The sets and costumes are the equal of any Hollywood swashbuckling epic and the dialogue is far wittier than most.  The Court Jester was a timely jest–1954 had produced such medieval clinkers as Prince Valiant, with Robert Wagner; The Black Knight, Alan Ladd; The Black Shield of Falworth, with Tony Curtis; and even lesser items.  Panama and Frank stepped up to prove that all was not lost in the Age of Chivalry. . . . A good claim can be made for it being the best of Danny Kaye’s films, although some people may feel The Secret Life of Walter Mitty is an even better send-up of heroism.  As the man who longs to be a hero but who trembles when the opportunity presents itself, Kaye is touchingly funny.