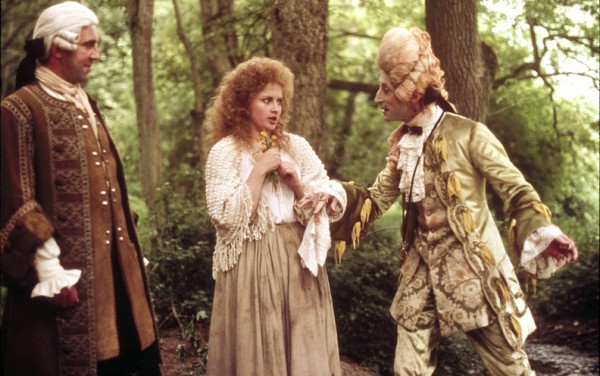 Toronto Film Society presented Joseph Andrews (1977) on Sunday, January 27, 1985 in a double bill with The Garden of Allah as part of the Season 37 Sunday Afternoon Film Buffs Series “A”, Programme 7. 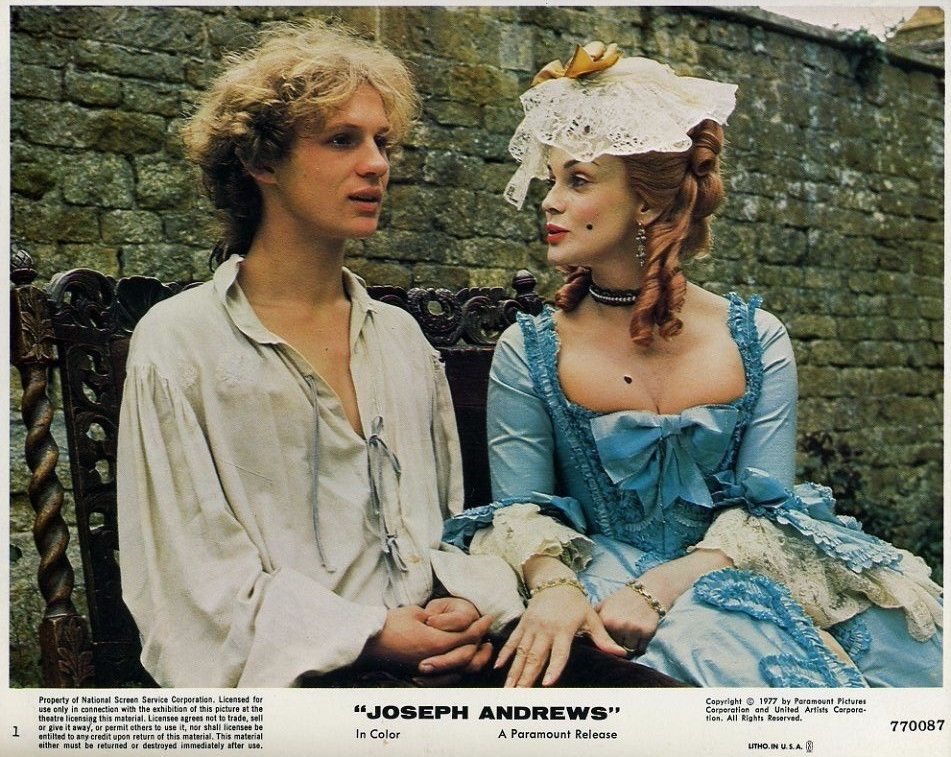 In 1741, Samuel Richardson wrote his romantic novel Pamela, the story of a servant girl’s efforts to retain her chastity against heavy odds.  Henry Fielding intensely disliked Pamela and wrote a essay satirizing it called Shamela.  Joseph Andrews was his first full length novel, completed in 1742, dealing with Pamela’s equally virtuous and naive brother.

Director Tony Richardson knew that Joseph Andrews would be compared with his highly successful Tom Jones and waited 15 years before filming it.  Initial reviews were favourable.  The cast was praised, especially Peter Firth as the innocent Joseph and Ann-Margret as the lascivious Lady Booby.  Technically, the film is at least equal to Tom Jones, thanks to the talents of designer Michael Annals and cinematographer David Watkin.  The huge cast of eccentric characters almost swamps Joseph; these secondary parts are played by seasoned actors and actresses with gratifying results; especially noteworthy are Beryl Reid’s Mrs. Slipslop and Michael Hordern’s flustery Parson Adams.

It is not clear why Joseph Andrews was not more successful financially.  Unlike its highly acclaimed predecessor Tom Jones, it won no major awards and was not nominated for even one Oscar.  Despite initial critical approval, in the year after its release Joseph Andrews was referred to as the most neglected film of the decade.  And yet it is a highly amusing film, beautiful to look at and well acted by the entire cast.