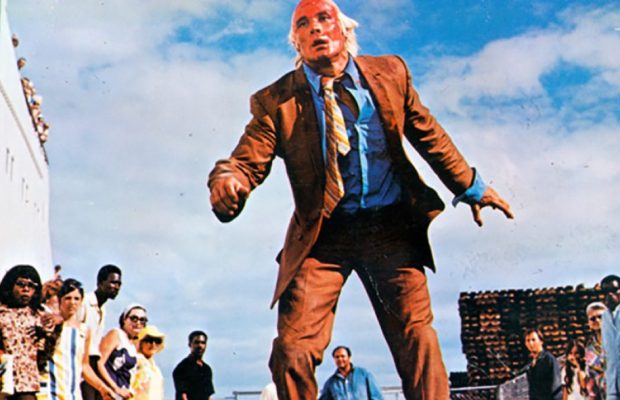 Toronto Film Society presented Darker Than Amber (1970) on Monday, April 9, 1984 in a double bill with Gunn as part of the Season 36 Monday Evening  Film Buffs Series “B”, Programme 9. 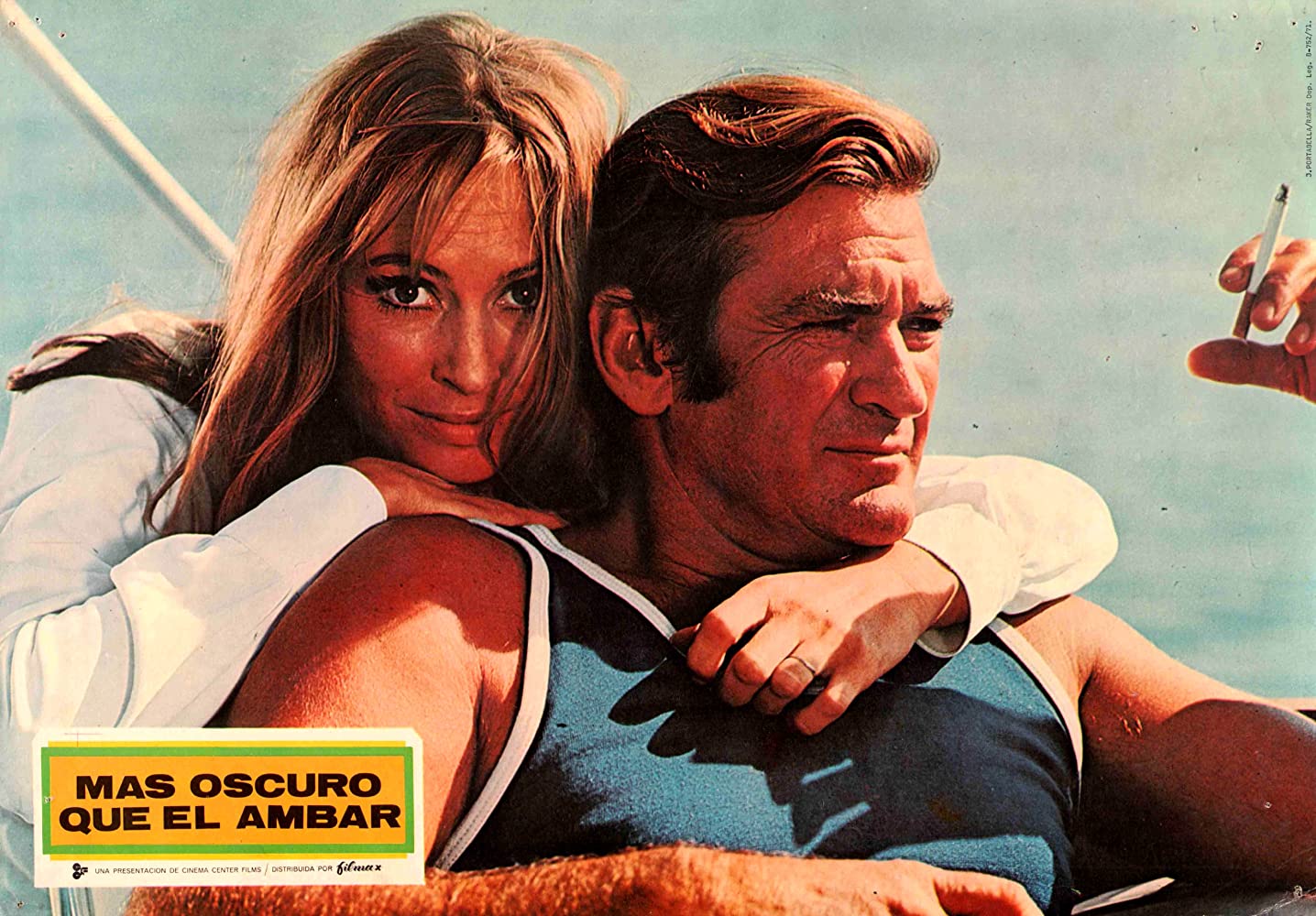 From its bizarre opening, Darker Than Amber echos that of another detective film, Lady In Cement.  Even the life style of Travis McGee resembles that of the Tony Rome saga, living on a houseboat in Florida and although his life style is plusher, he has an equally equal taste in women and a strong outlook for trouble.

Although the film is flawed, and the director, Robert Clouse is relatively new and not that experienced, he does seem to handle parts of the movie quite well with considerable technical skill.  Two of the subtler moments are a notably tiny sinister scene in the mortuary and McGee’s cautious encounter with the black maid in which the social implications are allowed to speak for themselves.  Clouse is more at ease with actors in intimate situations than with the slap-bang of action melodrama.

Darker Than Amber and Gunn are both similar in that they do not pretend to be great films of the detective era.  Both are deliberately low key.  Gunn was a spin-off of a television show, while Darker Than Amber has all the marks of a pilot for a possible series.