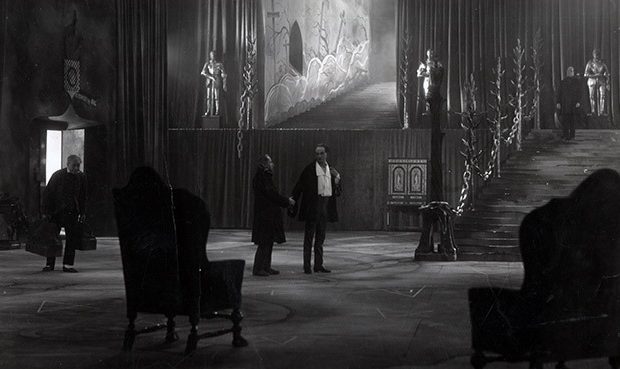 NOTE:  No Lobby Film – instead – IN THE THEATRE from 8.00 to 8.20 p.m. Look To the Forest, an outstanding new Canadian production

British Columbia with its dense forests and barren wastes where forests once stood is the setting for this powerful film, designed to emphasise the vital need to halt careless exploitation.  The director’s concern with film dramatics is at once the strength and weakness of the film.  The first half is given tremendous emotional impact by fine camera movement, beautiful ighting, and sensitivity to natural sounds which are always used effectively.  But in the sequence of “high lead” logging, restraint in depicting the drama of movement is not observed.  The film-maker, so fascinated with this aspect, ignores his purpose and just misses producing a masterpiece.

This is a re-enactment of a project undertaken by native Nigerians.  The film shows how some of the more enlightened people of Umana, who want to build a maternity home with local voluntary labour, overcome by themselves opposition headed by an influential reactionary called Eze.  Behind them stands the firm but helpful figure of the District Officer, played by E.R. Chadwick, who formerly did this work in the Udi Division of Nigeria.  The film’s release was timed to coincide with the officially sponsored Colonial month organised to develop the interest of the British public in their colonial responsibilities.  The U.S.A. gave it an Academy Award in 1950.

Mr. Nwanye Otue, recently from Nigeria, now studying medicine in Toronto, will make a few remarks on this film, after it has been screened. 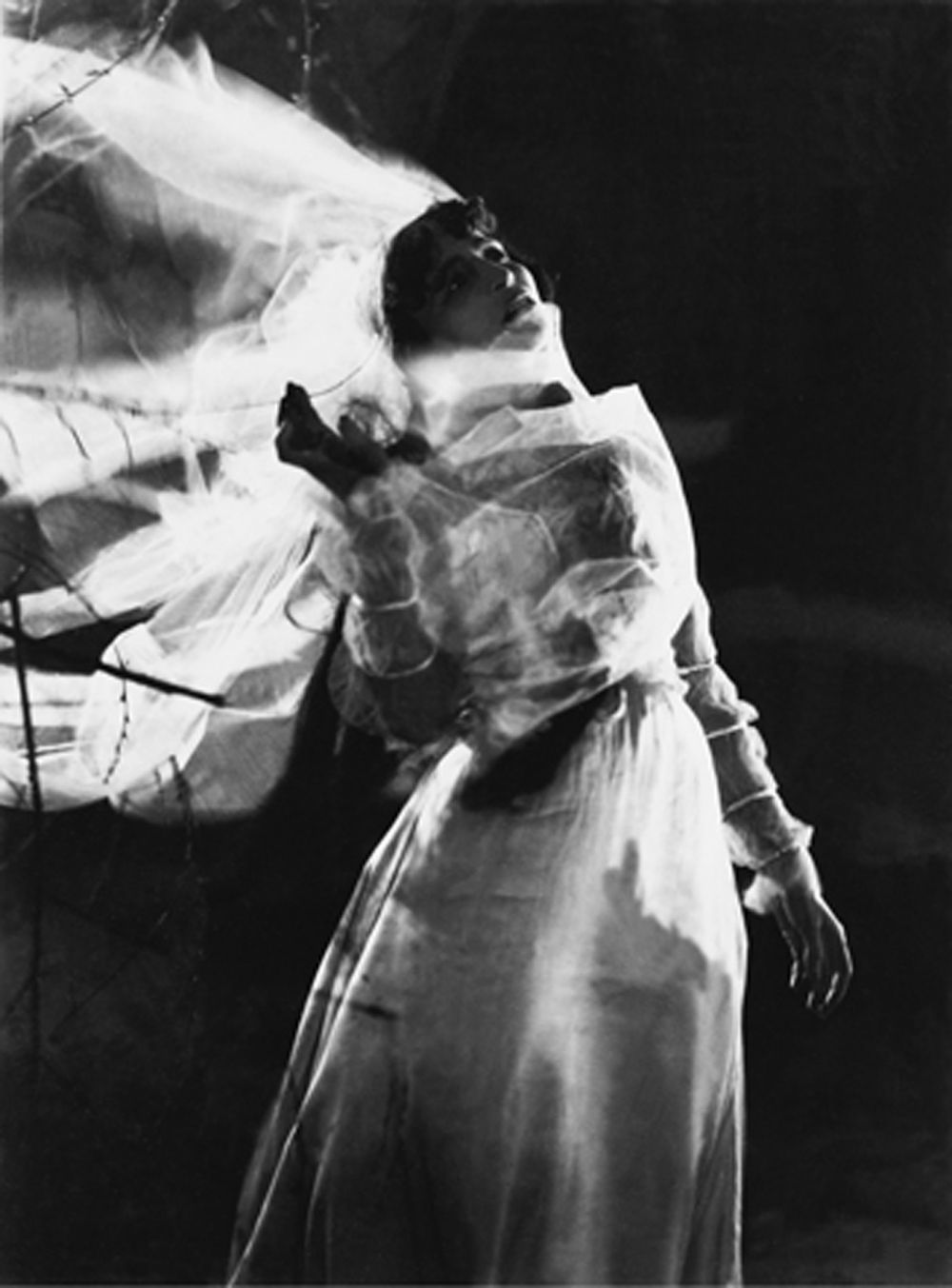 Influenced by earlier German expressionist films, Jean Epstein’s avantgarde film, La Chute de la Maison Usher was based on two stories by Poe.  To create some of the mysterious atmosphere, the film relies almost entirely on camera devices–low-key photography, slow motion, effective use of drapes, curtains, candles.  The explanation of dramatic details are left deliberately to the spectator’s imagination.  The camera work is extremely fine, the compositions striking.  The many members who voted for this film as one they wished to see will be disappointed if they approach the film expecting clear narrative details.  Neither of the Poe plots was followed closely; each was used merely as the basis for “an essay in the macabre.”

A second Fall of the House of Usher was made independently in the U.S.A. by James Sibley Watson and Melville Webber in 1929.  When the source for this version is discovered, the Society will try to book it.

A musical score from phograph
records will accompany the film

Chaplin’s dozen Mutual pictures, made in 1916-17 were his richest in inventiveness, tenderness, and gravity.  From the first, The Floorwalker to the last, The Adventurer he piled up a roster of heartbreaking fun.  ..It was the Chaplin of these pictures who became the beloved idol of millions throughout the world.

The Pawnshop shows how the ingenious, dexterous, resourceful Chaplin could take whatever came to hand and, by the sheer power of his artistry, make it amusing.  (Lewis Jacobs – Rise of the American Film)

The print of One A.M. presented at the Annual Meeting was shown through the courtesy of World Films.

Most members who submitted forms were highly impressed by Day of Wrath.  Some quotes from the completely enthusiastic faction: “One of the great films of all time .. no compromises whatever; creative use of sound and silence” —- “For once content is equal to technique” —- “Most realistic; emotional impact shattering” —- “Impossible to explain how I really fell, I was so deeply moved” —- “Really aesthetic, and very timely today from the point of view of modern witch hunts”.

All those who had unfavorable comments also had good things to say.  Examples: One member who found it “a little too slow-moving” praised the “lighting, tones of voice, building of suspense” —- One who felt “two of these (Joan of Arc and this) a bit difficult for one season”, cited “the excellent photography and suspense” —- another said that there was “incomplete fusion” of what he or she considered the “two worlds” of “the witchcraft atmosphere” and “the real drama”, yet lauded the “excellent camera work, and slow tempo which added a new harmony to the film; settings, costumes, choice of types, simply marvellous” —- one lady “didn’t feel the film was entertainment, ached and felt miserable after seeing it”, and doesn’t want to see any more Dreyer as she thinks he’s sadistic; but she rated the film, the acting and the photography as “excellent” and marked “good” under all other headings —- and even a member who thought the film “as tedious, boring and depressing as Joan of Arc, marked acting, photography, sound and direction as “good”!

Images Medievales was highly rated by most members who commented on the film; it was “loathed” by one.  Another one thought it “delightful and peculiarly apt as a forerunner to the feature”, nevertheless thinks no shorts should have been shown with Day of Wrath, as she feels one’s “intensity of experience” is lessened by attention and energy being pre-dissipated by the short films.

Quotes on The Bridge: “Excellent camera work, recordings not always perfect” —- “some images very impressive, others unnecessary and irrelevant” —- “interesting to an amateur to see the early work of a now famous film-maker”.

Answer to an enquiry: The music for The Bridge was not on the sound track, but selected from phonograph recordings to synchronize with the film which was run at 18 frames per second.  The selections were: Ravel’s “Concerto For Left Hant” (Alfred Cortot), Raymond Scott’s “Powerhouse” and “Reckless Night on Board an Ocean Liner.”