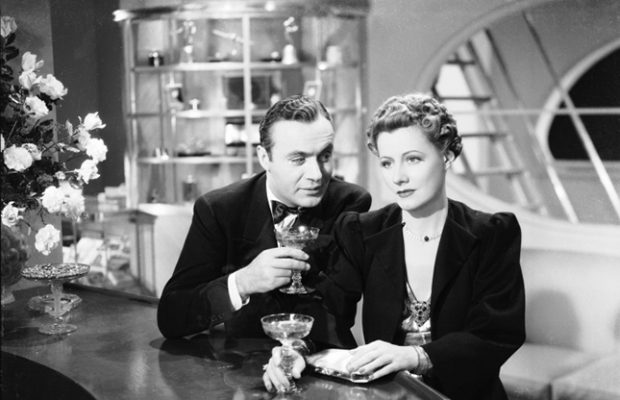 Toronto Film Society presented Love Affair (1939) on Sunday, April 21, 1985 in a double bill with The Milky Way as part of the Season 37 Sunday Afternoon Film Buffs Series “B”, Programme 10.

Although the film itself is a total Cinderella fable fully in keeping with the morality of the Production Code that so dominated Hollywood in the late 30s, the title is a little surprising since its connotation, at the time, was suggestive of something slightly illicit.  Doubtless RKO gambled on the well-established images of the stars, and on the kind of reviews it was bound to get (and did) to offset any possible misinterpretation.

The story is the least important part of Love Affair.  What matters far more is the deft way that Leo McCarey (with superb collaboration from his two stars) keeps it all bowling along merrily within the structure of a comedy, yet constantly pulls drama and pathos from this air.  Little gems of comedy, often totally unrelated to the basic storyline, constantly act as punctuation and prevent the honest sentiment from ever becoming sticky–though there are one or two very narrow escapes, asin the scenes where the crippled Terry gives singing lessons at an orphanage, “Wishing” being the song she falls back on most.  (Hollywood has always had akind of cheerful sadism about such things; one recalls the inmates of the insane asylum in The Snake Pit joining in a rousing rendition of “Going Home”!)

Love Affair was extremely well received at the time of its release, garnered rave reviews on its premiere at Radio City Music Hall, and did exceptionally well in England.  It has had no TV release or theatrical reissue, and its reputation was further heightened by a 1957 remake, An Affair to Remember.  Too wide (in CinemaScope) and much too long, it was still a warm and charming film.  Leo McCarey again directed, retaining many of the virtues of the original (except brevity), and in Cary Grant and Deborah Kerr had entirely worthy successors to Boyer and Dunne.  Love Affair not only retains its initial qualities, but because it was always a good film, seems to have increased them through the years. 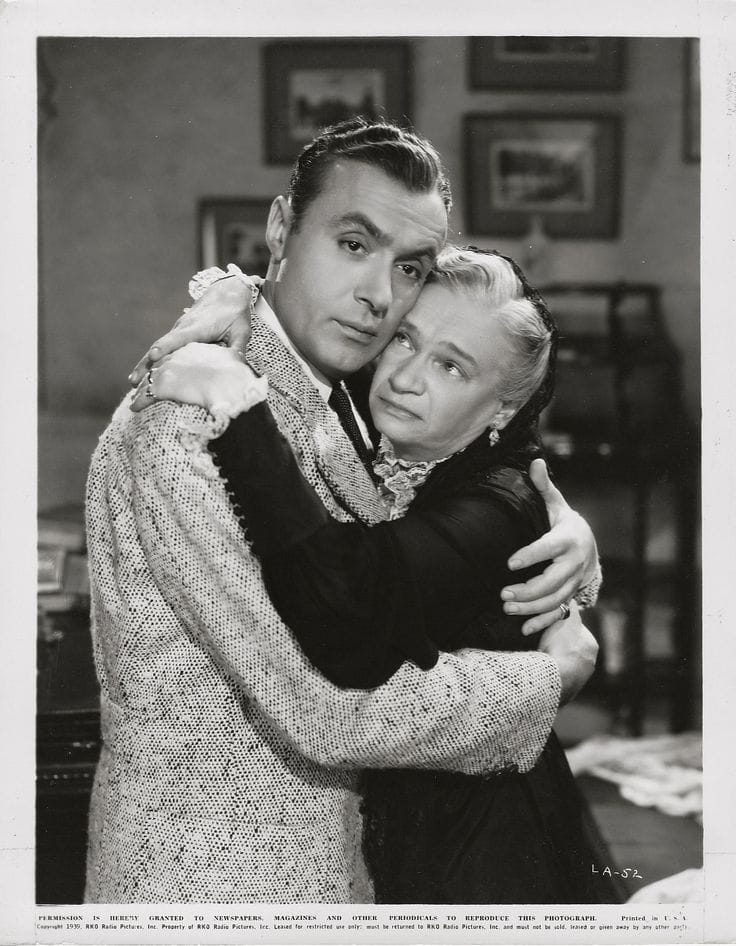 At the time, its warmth, sincerity and charm–to say nothing of its overall elegance–were its mainstays.  But it is so firmly entrenched in the Hollywood tradition of the late 30s–resolutely turning its back on the Depression and reflecting that time when going to Europe on a luxury liner was a normal pastime for the rich and a once-in-a-lifetime means of escape and possible romance for the not-so-rich–that today it takes on an added sociohistorical dimension as well.  It’s purely a trifle, and perhaps works so well because it never tries to be more than that.  The opening is gay and witty, perfectly exemplified by the montage of international radio broadcasts in which newscasters announce the coming marriage of Michael.  The crusty old British announcer, nattily attired in dress suit and monocle, recites the story as the major new event of the day, followed by a long silence as he shuffles through a sheaf of notes looking for some other story worth relaying.  Finding none, he signs off lamely but still cheerfully with “Well, that seems to be all.  Goodnight!”  Considering the upheaval that Europe was in at the time, and the horror stories converging from all sides, that little scene in itself sets the tone of the solidly escapist romance that follows.

In terms of film technique Love Affair is a strange mixture.  From its opening titles–a gift box being opened, and layers of tissues removed to reveal the titles, embossed on satin, beneath–it is pictorially a sumptuous film, with Rudolph Mate’s photography and RKO’s battery of art directors ensuring that it remains to throughout. McCarey himself is not much of a technician, and is often clumsy in the way he arranges people, cuts between them, or sets up exits.  Yet McCarey’s shortcomings there are overcome by his writing skill, and the skillful way he works with his actors, and somehow that clumsiness becomes a kind of spontaneous artlessness that works very much to the film’s advantage.  Irene Dunne’s underplayed farewell to Maria Ouspenskaya (as Michael’s dying mother) is a suddenly tender and poignant moment, as it would be in life, but as such moments all too rarely are in film.  McCarey, like Frank Borzage, has the knack of wringing real emotion from minor incidents, and never quite showing us how he did it.

Another major factor in the film’s favor is the likable quality of the two losers.  Life may not be very full of good losers–but neither is it full of ordinary characters who suddenly become semivillains in order to make things easier and tidier for the principals.  So many Hollywood love stories introduce us to entirely decent and worthwhile characters such as Robert Cumming’s fiancee in It Started With Eve, before the advent of Deanna Durbin, or Lynn Bari as John Payne’s fiancee in Sun Valley Serenade before Sonja Henie comes along to quite ruthlessly steal him away.  Then, in order to make the hero sympathetically available to the star and heroine, the scenario quite arbitrarily distorts the fiancee into a scheming shrew.  In the unreal but very civilized world of Love Affair, Lee Bowman remains very appealing in the kind of role that would normally turn Ralph Bellamy into a buffoon, while as his feminine counterpart, even Hollywood’s supreme (on film!) bitch Astrid Allwyn is sensible and likable, and the corn and near-syrup pay off because the sensitivity outweighs the obviousness.

Love Affair doesn’t display great passion, and apart from those orphanage scenes, is almost British in its subtle restraint.  The greatest compliment one can pay it is that it is incontestably among my ten favourite screen romances.