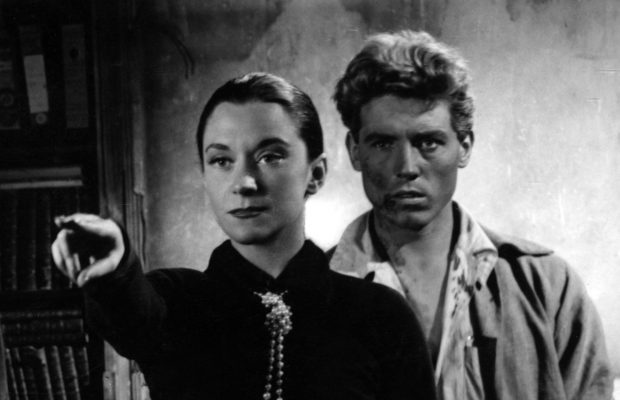 NOTE:  Members who took out double memberships are reminded
to inform their partners about each programme.  Those
who do not receive programme notes by mail may
obtain their copies at the theatre. 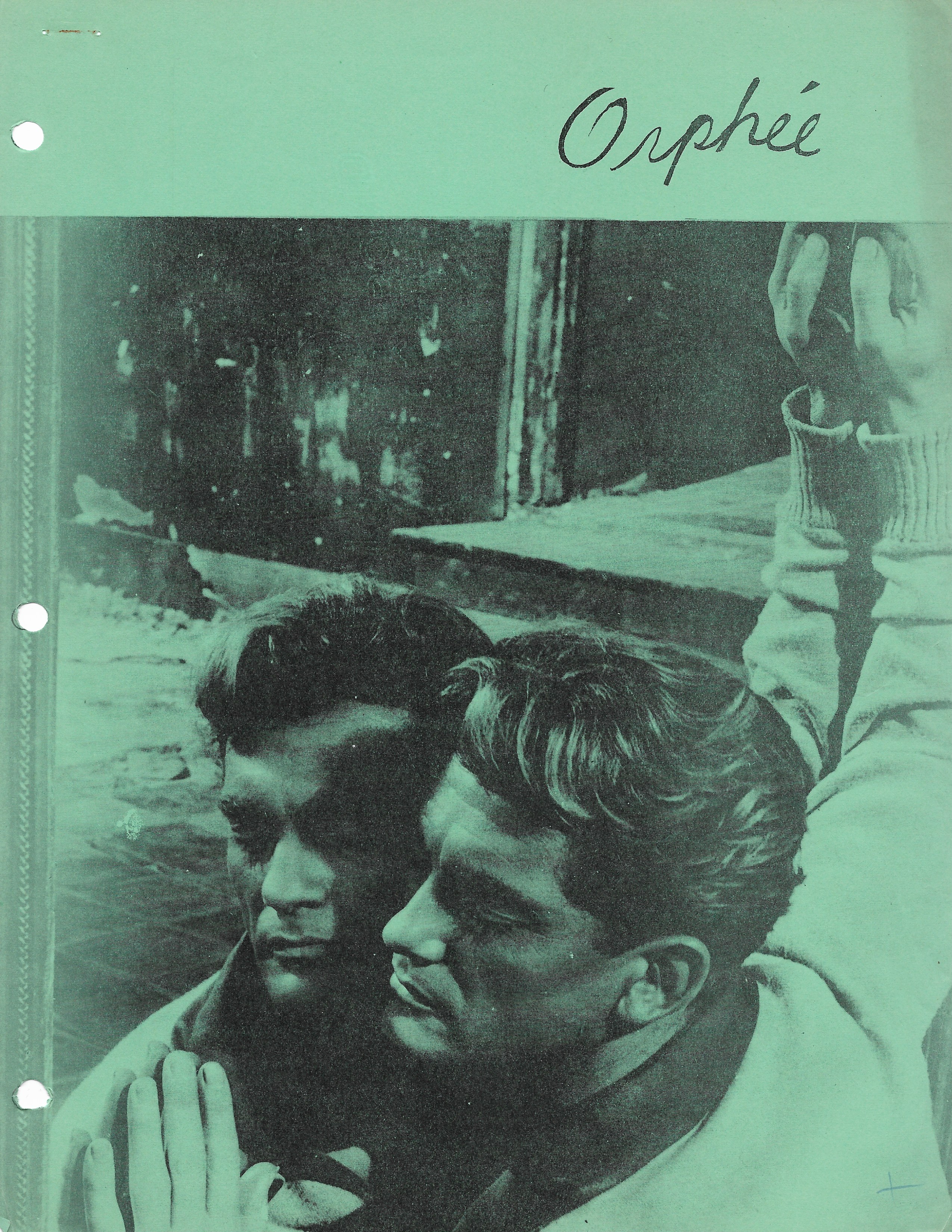 Arne Sucksdorff whose Rhythm of a City was shown three seasons ago is Sweden’s best-known and most brilliant documentary director.  There are few if any cameramen in the world to-day to equal him in his chosen sphere of lyrical impressionism.  His early animal films, The Gull!, Shadows Across the Snow, A Divided World have no parallel anywhere: “strikingly well photographed, dramatic, clearly made with great love for the countryside, and never facetious or sentimental.”

After completing The Wind and the River, a pastoral impression of Kashmir, Sucksdorff was commissioned to work on a Marshall Plan film to illustrate the inter-dependence of the Scandinavian countries.  A departure in subject matter, The Living Stream is indeed an interesting experiment for Sucksdorff.  Use of sound and silence, superb photography, intimate close-ups again mark his style.  It is a beautifully integrated film, with a fresh and sensitive use of symbolism.

As Peter Ericsson writing in Sequence Seven has stated, “Within his own limited but extremely rewarding sphere, Sucksdorff is supreme.  As a craftsman–camera and editing–he has already taught himself more than many directors learn in a lifetime.”

Members may be able to verify if the statues in the film
are those of Denmark’s greatest sculptor, Gerhard Henning.

Orpheus wa the son, in most accounts, of the Thracian king,
Oeagrus (sometimes of Apollo), and a muse, generally Callipe
sometimes Polyhymnia …  The best known expedition of his
career is that of his marriage.  His wife Eurydice was bitten
by a serpent …  Orpheus, inconsolable at her death, went
down to Hades to get her back.  The infernal deities, softened
by his music allowed her to return, on condition that
she walk behind Orpheus and he should not look back.  He
broke this condition, and she became a ghost once more.  He
now refused to have anything more to do with women, and
consequently the Thracian women, during a Dionysiac orgy,
set upon him and tore him to pieces.  His head floated down
the Hebrus and finally came ashore on Lesbos, where there
was apparently an or**ular **** of Orpheus.  Orpheus is
represented as a musician so marvelous that the wild beasts,
and even trees and rivers, came to listen to him. 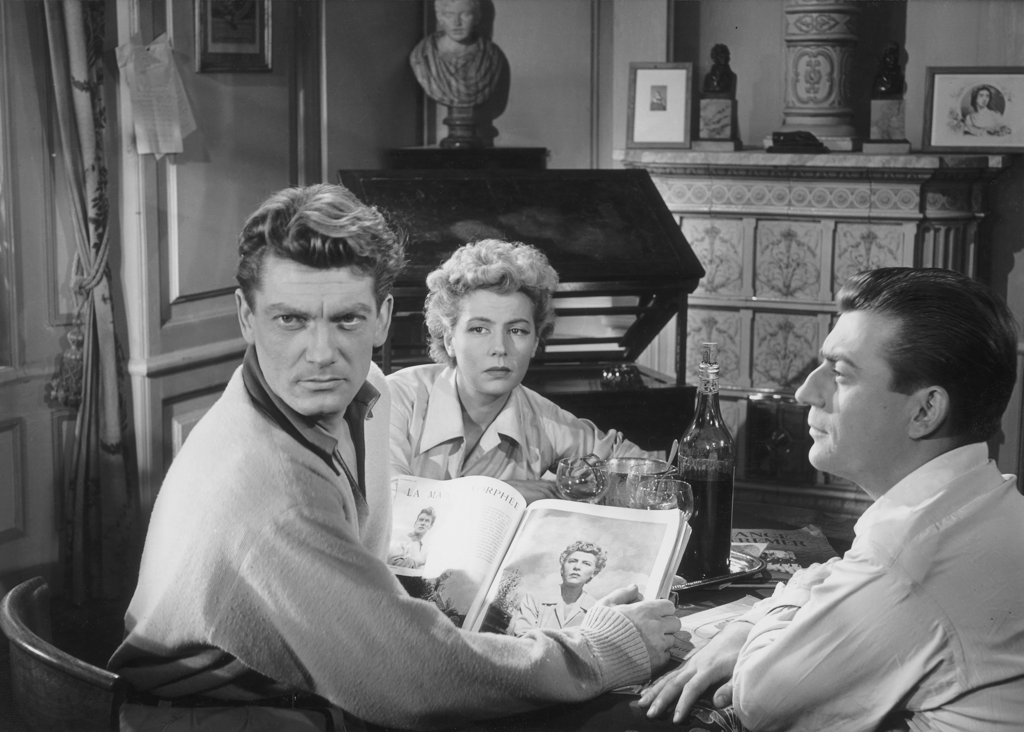 QUOTATIONS FROM COCTEAU ON ORPHEE

I wanted to touch on the most serious problems with a light hand and without philosophising in a void.  The film is therefore a detective picture which touches on myth on the one hand, on the super-natural on the other.

No one would believe in a famous poet whose name has been invented by an author.  What I needed was a singer, the singer of singers.  He of Thrace.  And his adventure is so beautiful that it would be foolish to seek another.  It is the fabric on which I embroider.  I do nothing but follow the rhythm of the fables, fables which are all transformed, at the last, according to the teller.

I have always liked the dusk of evening, that half-light in which enigmas flourish.  I have thought that moving pictures would further this wonderfully provided that what people would call “the wonderful” were exploited as little as possible.  The closer one approaches to mystery, the more important it becomes to remain a realist.  Radios in automobiles, code messages, short wave broadcasts, power failures, are so many elements familiar to all, and make it possible for me to keep things down to earth.

Death in my film is not Death, symbolically represented by an elegant young woman, but is Orpheus’ own death.  Each one of us possesses his own death, which takes care of him from the moment of his birth.  Orpheus’ Death, who exceeds her powers, becomes that of Cegeste, who is to answer when she asks him, “You know who I am?” – “You are my death”, and not “You are Death”.

GAVIN LAMBERT writes:  Orphee not only shows Cocteau at the height of his poetic talent, but as a film is none of the most fascinating and adventurous produced for many years…  It extends the frontiers of the cinema and is an inimitable, unique experience.

CATHERINE DE LA ROCHE writes:  From members of the unit, I learnt that Orphee had long been Cocteau’s supreme ambition; he covered half its production cost from his private means.  (The film cost 60 million francs).

OTIS L. GUERNSEY, JR. – N.Y. HERALD TRIBUNE writes:  There is no point in looking for the conventional elements of film fantasy in the Cocteau work; but there is a good deal of point, and considerable reward, in relaxing and enjoying the fantastic camera images created by a poet of the cinema.

SEATTLE FILM SOCIETY writes:  The episodes depicting Orpheus’ return from Hades with Eurydice are intended to be comic.  “Cocteau-ites” need not be incensed if the audience laughs.

NOTE:  An explanation of the techniques employed in
achieving the magical effects will follow the screening
of Orphee, along with a re-screening of short sequences.

(a)  The film “most enjoyed” by members last Season was The General, followed by L’Atalante, with I Was a Fireman and The End of St. Petersburg tying for third place.  The film “least enjoyed” was Nosferatu, with Feelings of Depression and La Regle du Jeu second and third.

(c)  Experimentals thought to be outstanding were Begone Dull Care, The World of Paul Delvaux, Muscle Beach and Loony Tom in that order.

Members’ Comments – Some members “particularly enjoyed this Season” and felt the uniformly high standards of programs “astounding”; but others felt the general level was below that of earlier years–though one of the latter “found it worth-while for three particulars”: the Norman McLaren lecture-demonstration, the Maya Deren evening, and the Humphrey Jennings program.

One member thought programs “often too long” due to “too many shorts of dubious value”.  Another opined: “Programs are never too long; members who think so can always get up and walk out!”

Several members asked for more comedy; one suggested an entire season made up of Keaton, Chaplin, Fields, Sennett, Clair, the Marxes, Raimu, etc.!  Spectacle-minded customers called for Ben-Hur, the original Quo Vadis and a re-showing of Intolerance.

One member felt that “not enough great dramatic films are shown”, mentioning Volpone (!) or “anything with Jouvet”, Barrault’s Hector Berlioz film, and King Lear.  (Has anyone filmed that?  Mr. Welles will probably get around to it–Ed.)

One gentleman felt there has been a “definite trend towards the esoteric”, citing Jeanne D’Arc, and asks for more films on a “more realistic plane”, giving as an example, surprisingly enough, Metropolis.

Another member would like to see more English-speaking films and thinks a “slight majority” of our audience is interested in “film enjoyment and novelty more than in technical aspects of production.”

A comment on older films:  “Allowances have to be made for technical advances made since then, also for changed moral standards.  Some of our audience don’t seem to realize this, consider it smart to laugh and make derogatory remarks, thus spoiling the atmosphere for those who enjoy them.”

Here a few comments on films of more than usual interest shown during the Summer.  Many of these (all the English-speaking ones) can be seen in neighborhood theatres for some months to come.

American:  High Noon, Zinneman’s stylish treatment of a Western theme, with that famous Dmitri Tiomikin ballad; The Narrow Margin, Fleischer’s superbly paced, photographed and edited train thriller; Talk About a Stranger, a simple and good story told with real invention and imagination by a new director, David Bradley (whose amateur-made Julius Caesar attracted much attention); Anything Can Happen, Jose Ferrer fine in an affectionately humorous saga of Georgian immigrants in U.S.A.; Singin’ in the Rain, superior Gene Kelly musical, brightly evocative of its period–the days of early “talkie” revues.

Foreign:  The Young and Damned (Los Olvidados) by Buneuel; Tomorrow is Too Late, Under the Sun of Rome, Dedee, Man to Men.  Jour de Fete (The Big Day), Jacques Tati’s wonderful slapstick comedy, full of fine visual gags and a huge delight is playing currently at the Towne Cinema.