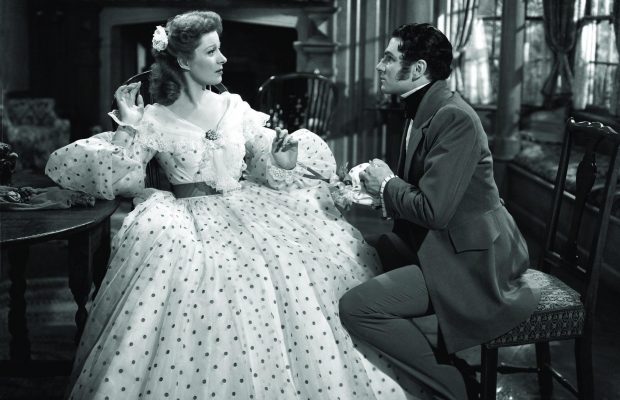 Toronto Film Society presented Pride and Prejudice (1940) on Sunday, October 23, 1983 in a double bill with The Unholy Three as part of the Season 36 Sunday Afternoon Film Buffs Series “A”, Programme 2. 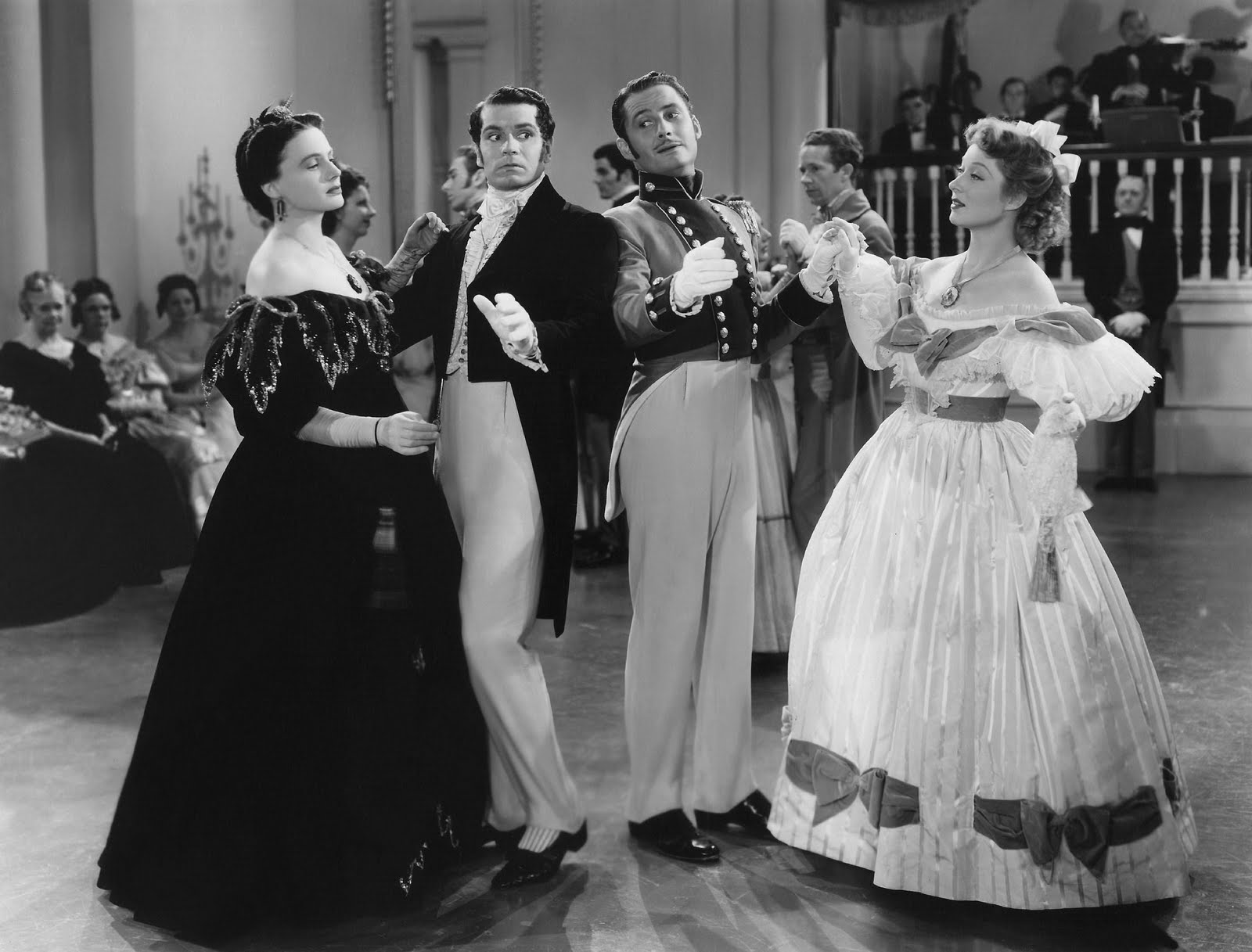 It is a truth universally acknowledged that a classic English novel, so long as the studio is in possession of a large fortune, must be in search of a film version.  In its quest for intellectual respectability, film turned to the classics early.  But at  no time more deliberately than during the 1930s, and at no studio more tastefully than at Metro, which routed the competition at mid-decade with Mamoulian’s technicolor Becky Sharp, and the two Selznick versions of Dickens, David Copperfield and A Tale of Two Cities (with Ronald Colman as Sydney Carton).  Pride and Prejudice is one of the last of these highly literary, carefully reverential adaptations; the type would be replaced in the late ’40s by more cinematic re-visions like the two David Lean versions of Dickens, or Cavalcanti’s Nicholas Nickleby.

Jane Austen’s novel, the first she completed, is a sparkingly youthful, universal favourite, the only one of her works ever filmed, and this the only version.  The array of talent gathered for it is all but overwhelming: Aldous Huxley was enlisted to write the script; he preserved much of Jane Austen’s original dialogue (He would also, later, write the screenplay for the 1943 version of Jane Eyre, with the same scrupulousness).  Karl Freund, who had photographed such classics of German expressionism as Metropolis and The Last Laugh, and such no less expressionistic moody horror pieces as The Mummy (1932), was the cameraman.

Of the players, Laurence Olivier, having played Heathcliff and Maxim de Winter, here completed a distinctly literary hat-trick in his third American film.  Greer Garson, who had made a spectacular debut the year before in Goodbye Mr. Chips, was cast as prejudice to Olivier’s pride.  As the New York Times rhapsodized, she seemed to have “stepped right out of the book, or rather out of one’s fondest imagination.”  The rest of the cast, as the New Yorker noted, is full of “reasuring names” and “other topnotchers.”  Mary Boland is a touch too broad as the scatter-brained Mrs. B.; Otis Ferguson, not a man easy to please, found her “hamming simplism” too much in the realm of slapstick.  Edna May Oliver, too, whose mannerist style had been more easily subordinated to the broader Dickensian characterizations of Betsey Trotwood and Miss Pross, is too unsubtle for the internalized hauteur of Lady Catherine.  But in the two principals, in that marvellously supercilious actress Frieda Inescourt, in the bumbling Melville Cooper, and in a young, myopic, Marsha Hunt, there is plenty to be thankful for.

The film was directed by Robert Z. Leonard, a stalwart of MGM’s Golden Years, who had begun directing full twenty-five years before.  He directed Garbo and Gable in Susan Lenox, an adaptation of O’Neill in Strange Interlude, and Gable and Crawford in Dancing Lady (which was also Fred Astaire’s first film), and one of the great blockbusters of the ’30s, The Great Ziegfeld, Best Picture of 1936.  A slick studio craftsman rather than a great artist, Leonard made at least a dozen films to keep his name in the history books.

The film was not a great commercial success, least of all in Britain, where it played opposite the Blitz, when more broad comedy (ITMA, Arthur Askey) was the order of the day.  It opened in the U.S. at Radio City in August 1940, but did not figure amongst the year’s biggest grossers.  It did, however, take an Oscar for art direction.  So identified with leading roles are Olivier and Garson, it is difficult to imagine that Vivien Leigh was once considered for the role of Elizabeth (the studio cast her instead in Waterloo Bridge), and that Gable had turned down the role of Darcy!  Frankly, my dear, does anyone give a damn?