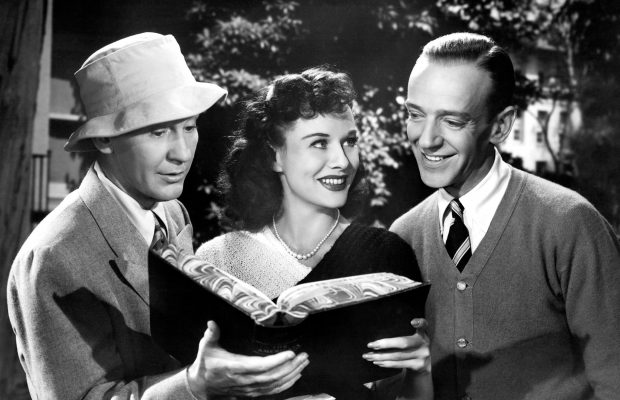 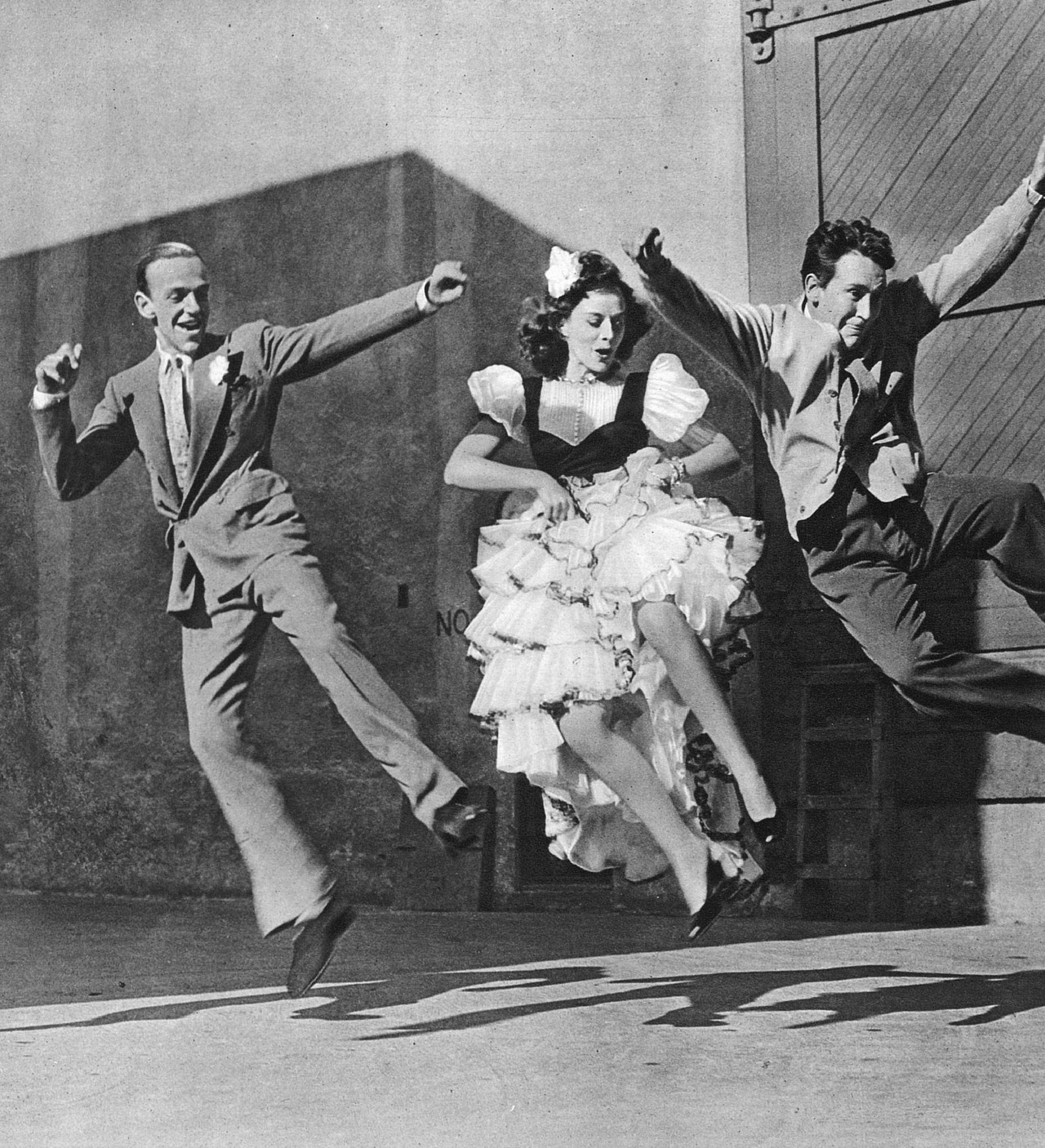 In 1940, American jazz magazine Down Beat proclaimed, “The use of name bands in current movies seems to be developing into what approaches a major film trend.” Dubbed the band pic (or band pix for plural), the genre was defined by several successful musicals of the time featuring big name swing bandleaders of the era including Benny Goodman, Glenn Miller and Duke Ellington.

To that end, it made sense that Fred Astaire, fresh off the success of 1939’s The Story of Vernon and Irene Castle, his final pairing with Ginger Rogers for RKO, would seek out such a vehicle for his next project. Indeed, Astaire has said he made Second Chorus solely for the chance to work with top bandleader Artie Shaw (and this would be the first of several Astaire films to include a real name band playing themselves.)

But Second Chorus started out as a much different film than the light, breezy product that it eventually became.  The original script, by Frank Cavett (Going My Way, The Greatest Show on Earth), was a downbeat drama about a jazz trumpeter struggling to find success in the cutthroat music business. Method actor John Garfield was originally slated for the lead role, a suitable choice given the darker, more somber approach to the story.

As Shaw recalled, “It was meant to be a kind of sad story and comment on what jazz was as a growing, evolving art form. In those days, people thought if you were playing jazz, you were stepping down. And in the film, we had the intention of showing that if you wanted to play jazz, you had to step way up.”

Producer Boris Morros (formerly with Paramount) had originally cast popular bandleader Paul Whiteman, who left to star in MGM’s Strike Up the Band. Borros then approached Artie Shaw, a popular but controversial bandleader leader who, after becoming frustrated at having to play the same hit songs ad nauseum, walked off stage while during a live radio show, quit the band, and departed for Mexico.

But Astaire still wanted to work with Shaw, who used the film to launch a new band. Once Astaire was signed onto the film, to no surprise, the script was considerably re-written as a more upbeat tale of two trumpeters (Astaire and Burgess Meredith) vying for the affections of their business savvy manager played by Paulette Goddard. As a fun fact, Goddard, who was in the midst of divorcing Charlie Chaplin at the time of filming, would fall in love with co-star Meredith, and they would marry in 1944.

In a 1968 interview, Astaire described Second Chorus as “the worst film I ever made”.  Shaw would admit that the film put him off acting, so much so that it would 33 years before he would perform in front of the camera again. The film may not top many lists of favorite musicals, but taken on its own, Second Chorus remains a harmlessly fun, cinematic snapshot of a bygone era.

To get a sense of critical reaction of the films at time of release, read this review from the New York Times.