Toronto Film Society presented The Good Fairy (1935) on Sunday, December 7, 1986 in a double bill with The Bishop’s Wife as part of the Season 39 Sunday Afternoon Film Buffs Series “A”, Programme 5.

In 1914, Universal Studios bought the rights to Ferenc Molnar’s play The Good Fairy, which Max Reinhardt had directed in Berlin and Vienna and Gilbert Miller had brought to Broadway in 1931 with Helen Hayes as the heroine.  Full of the bubbly romanticism and witty character sketches that had made the Hungarian playwright famous, The Good Fairy also contained too much banter about marital infidelity to please the Hays Office.  Preston Sturges, then five years away from directing his first film and a struggling screenwriter with only one really bit hit to his credit, was hired to sanitize the play.  He chose to dispense with most of the original dialogue and remodeled the characters to fit his own conceptions.  The play’s heroine, a goodhearted but extremely knowing gold digger, was refashioned by Sturges into a naive, unworldly orphan who becomes an usher in a movie theatre–she is so helplessly innocent that three men come to her aid, turning their own lives upside down in the process.  It is doubtful if one line of Molnar dialogue survives in the finished film but Sturges’ adaptation lightened the tone and broadened the emotional range of Molnar’s flimsy, mock-cynical play. 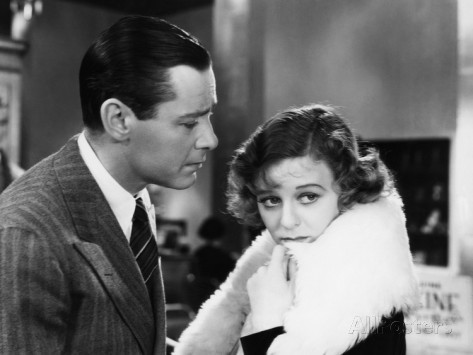 The changes were also undertaken to make the role of the heroine more suited to Margaret Sullavan, then one of Hollywood’s hottest stars with two films and two hits to her credit–Only Yesterday (1933) and Little Man, What Now? (1934).  Although only 24, Sullavan had already married and divorced Henry Fonda and was noted in Hollywood for having a quick temper and a mind of her own.  She and the film’s director, William Wyler, were soon at odds.  Wyler was then relatively unknown, The Good Fairy being one of his first prestige productions.  As he later recalled: “We were constantly fighting, over the interpretation of her part, over everything….She had a mind of her own and so did I.”  Noting one day how tired and worn Sullavan looked in the rushes, Wyler asked her out to dinner to try to make peace.  He was so successful that they married two weeks before the picture was finished.  The marriage proved to be a brief one, however.  Wyler, as a struggling director, found it difficult to cope with his wife’s greater wealth and fame.  As he told Axel Madsen: “One time at Claridge’s where we stayed, a crowd wanting to see her and get autographs got us separated.  I stood and waited for her to get through.  One girl felt sorry for me and finally came over and stuck out her scrapbook and pencil.  ‘Here, you,too,’ she said.  I said, ‘Thank you very much’ and signed ‘Mr. Sullavan.'”

When The Good Fairy was released the New York Times critic noted that it was “so priceless that it arouses in one the impertinent regret that it is not the perfect fantastic comedy which it might have been.”  He felt the film should have been directed by Rene Clair or “a director less earth-bound than William Wyler.”  The critic was to some extent right–Wyler’s interest in the psychological delineation of character was to drive him away from comedy until Roman Holiday nearly two decades later.