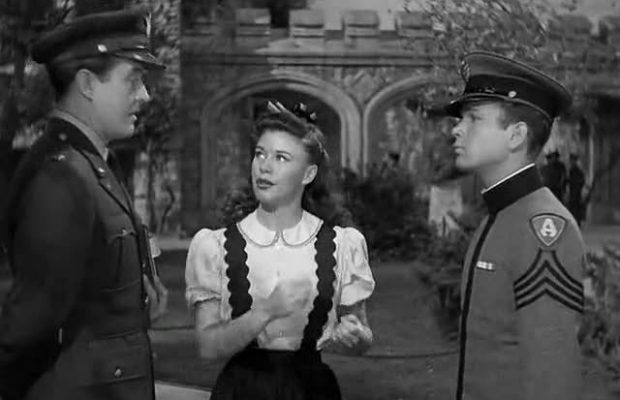 Whenever I admit to preferring Roadrunner cartoons to all others I find myself in a defensive posture as others shout “Bugs” or “Sylvester” at me.  But I stand firm.  The Coyote’s industry enthralls me and his imagination leaves me breathless.  Half the joke, I suppose, is that his inventions are almost always sound in principle but lacking some small refinement (e.g. steering gear) to make them functional.  Indeed the Roadrunner tends to be a bit patronizing as he allows all the preparation to be done, only then to reveal its shortcomings (usually to the Coyote’s chagrin if not damage).

Tonight the Coyote has his well-thumbed book of Roadrunner Traps, his Acme bumblebees and free birdseed all at the ready, but his predilection for failure remains and, alas, so does the smart-aleck Roadrunner.

Chuck Jones, who assisted at the birth of Bugs Bunny and Pepe Le Pew, is probably the best director Warners had.  His skill is especially evident in Roadrunner cartoons as they depend exclusively on precise timing and inventive gags.  As well, he always insisted on full animation and the assembly-line junk from Hanna and Barbara must appall him (I know it does me).  Since the closing of the Warners animation department he has formed Tower 12 with Les Goldman to do commercials and TV series (Goldman, with Paul Julian, did The Hangman, shown by TFS).

When Charles Chaplin reported for work at Mack Sennett’s Keystone Studios in Glendale, California, in December 1913, at the age of 24, he was not exactly unknown in the United States, for he had been touring the country regularly since 1910 as the leading comedian of the Fred Karno Company, which he had joined in England in 1906.  But it was not because his name meant anything at the box-office, but because Sennett decided that such a talented comedian should be part of his company that he signed the young Englishman to a year’s contract at the irresistible salary of $150 a week (Chaplin had been receiving only $75  a week with the Karno company).  Chaplin, when he began work in front of the cameras, was so ignorant of the basics of film-making that he didn’t even know that scenes aren’t necessarily shot in chronological sequence.  But obviously it didn’t take him long to learn, for after three months Sennett shrewdly turned over to this newcomer the job of writing and directing his own films.  And obviously it didn’t take the public very long (especially the children) to discover that this was a very funny man; and at the end of his year’s contract with Sennett, the Essanay Company considered it worth their while to sign him to a year’s contract at $1,250 a week.  The Chaplin vogue continued to escalate, and after the end of 1915 the Mutual company considered it worth their while to sign him to write, direct and star in twelve two-reel comedies at $10,000 a week plus a bonus of $150,000 just for signing.

The twelve comedies produced for Mutual are the classic Chaplin two-reelers.  Their superiority was the logical result of his two years of growth and experience; and Chaplin himself says that this was the happiest period of his life.  The Adventurer was the last of these dozen films.  (Thereafter he formed and financed his own production company, releasing at first through First National, 1918-22, and then through United Artists, of which he was one of the founding fathers.  He also retained the rights to the films he produced for himself, which is why they are so rarely to be seen on the film society circuit.)

The word “Chaplinesque” has come to mean comedy impregnated with pathos, and Chaplin himself is generally thought of as the pathetic little tramp.  But in the period of his heyday he was a much tougher individual; indeed, his appeal was that of the little guy outsmarting the big guy at his own unscrupulous tactics.  Much more typical of Chaplin is what might be described as the “visual metaphor” gag–the most famous example being in The Gold Rush, when he eats the shoelace as if it were spaghetti and treats the nails like fishbones.  This is the real Chaplinesque humour, and you find examples in almost every film of his.

As for The Adventurer, it has always been one of the most popular of the twelve Mutual comedies, and needs no special note. 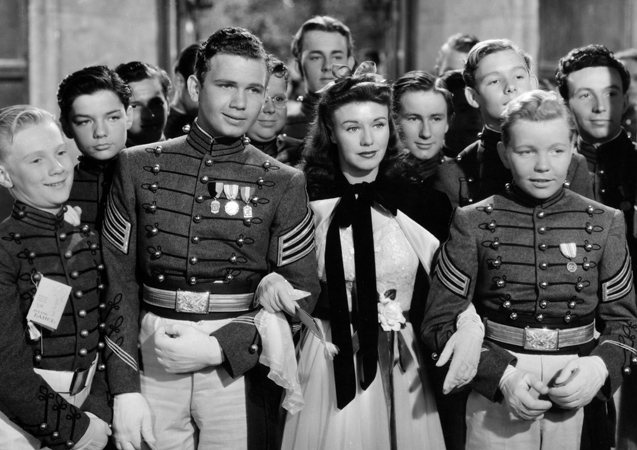 Interviewer:  How did you get your first directorial assignment on The Major and the Minor?

Billy Wilder:  I had made myself rather unpopular as a writer at Paramount because I would come on the set and they would chase me off it.  I was always trying to put them right on misinterpretations.  I was known as The Terror: they would say, “Keep Wilder away from us, he’s always raising hell, he wants everything done his way”.  The fact is that very few directors know how to “read”, how to interpret dialogue correctly, and they are too proud to ask if they don’t understand a particular line.  So lines tend to get thrown away.  Arthur Hornblow, for whom Brackett and I had written a few pictures, saw my point and thought I ha better direct my own scripts.  I think the studio’s attitude was, “Let Wilder break his neck, he’ll soon come back as a writer only, and be a good boy”.  But I was careful.  I didn’t go out to make a so-called “artistic” success.  I went out to make a commercial picture I wouldn’t be ashamed of.  My agent, Leland Hayward, went brazenly up to Ginger Rogers, who was then something, she had just won an Academy Award, and sold her on me as a director.  And the picture worked well.

There isn’t a great deal to be said about The Major and the Minor except that it’s good, briskly paced fun, and that Ginger Rogers does her customary expert job as a young woman who, in order to travel half-fare, embarks on a train journey disguised as a gawky 12-year-old, and becomes involved with an Army Major and later with a gaggle of young military-school cadets.  Charles Higham says of it: “Wilder’s first job as a director, and the first sequences clearly show his hand…Although it lags slightly in the half, this is a rather Sturges-like comedy with an agreeable edge”.

Axel Madsen says of the movie:

The Major and the Minor is comedy in the escapist vein of the early war years with a frothy coating of patriotism and “doing our duty”.  Wilder and Brackett had written a sassy screenplay based on Edward Childs Carpenter’s play and Fannie Kilbourne’s Saturday Evening Post story, and proved again that they could turn anything into gold.  The play had not been successful; the film was a handsome hit.  Playing without makeup, Ginger Rogers, who had just won an Oscar for Kitty Foyle, filled nearly every sequence with captivating capers.  Wilder milks all the fun he can out of the boys’ military school.  The film is somewhat careful in tone, but when Ginger is hiring a stumble-bum to impersonate her father, or playing deadpan with the Major to let him fumble through a lecture on the facts of life, it has a gaiety which is hard to resist.  As the worldly-wise cadets, a whole batch of amusing performances are delivered, and the boys’ discussion of the Maginot Line tactics was singled out in trade reviews as a “surefire routine”.  Milland plays the muddle-headed Major with a feeling for caricature, and Diana Lynn is excellent as the child seeing through the deception.  The Major and the Minor, in fact, is everything a freshman director can hope for: good reviews and better box-office returns, allowing him to forge ahead.