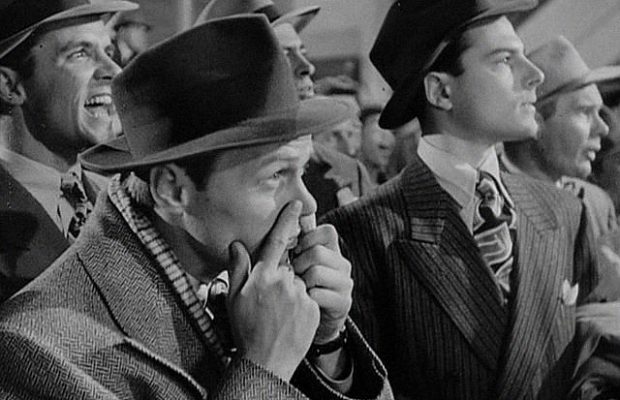 Toronto Film Society presented The Street With No Name (1948) on Sunday, January 24, 1988 in a double bill with Appointment With Danger as part of the Season 40 Sunday Afternoon Film Buffs Series “A”, Programme 7.

Today’s first film offers a textbook example of how, at least in the movies, villains are more interesting than heroes.  Most recently, of course, in 1987, Wall Street, we’ve witnessed the rather bland Charlie Sheen as a conniving stockbroker who eventually “gets religion” up against Michael Douglas in full steam as a ruthless, colourful, unrepentant financial buccaneer.

In 1948 Richard Widmark was playing with great relish a gang-leader, a totally amoral killer.  This role came hard on the heels of his spectacular debut a year earlier in Kiss of Death as a giggling psychopath who, among other niceties, shoved a little old lady in a wheelchair down a flight of stairs.  His skull’s head appearance and falsetto laugh made him famous overnight, though it is not a performance that today strikes you with its subtlety.  It was a type first established by Dan Duryea, following the tradition of Lloyd Nolan as a tight-lipped, nattily attired gunman.  Duryea’s contribution was the thin voice, the sneer and the nonchalant pose; Widmark refined the character to the point where it emerged as his own creation.

As his nemesis, Mark Stevens, a stolid and competent, if unexciting, actor of the day, plays an FBI agent sent to infiltrate Widmark’s gang.  Two years earlier he had played a troubled private detective in The Dark Corner, also overshadowed by a villain–the cultured and peevish Clifton Webb. 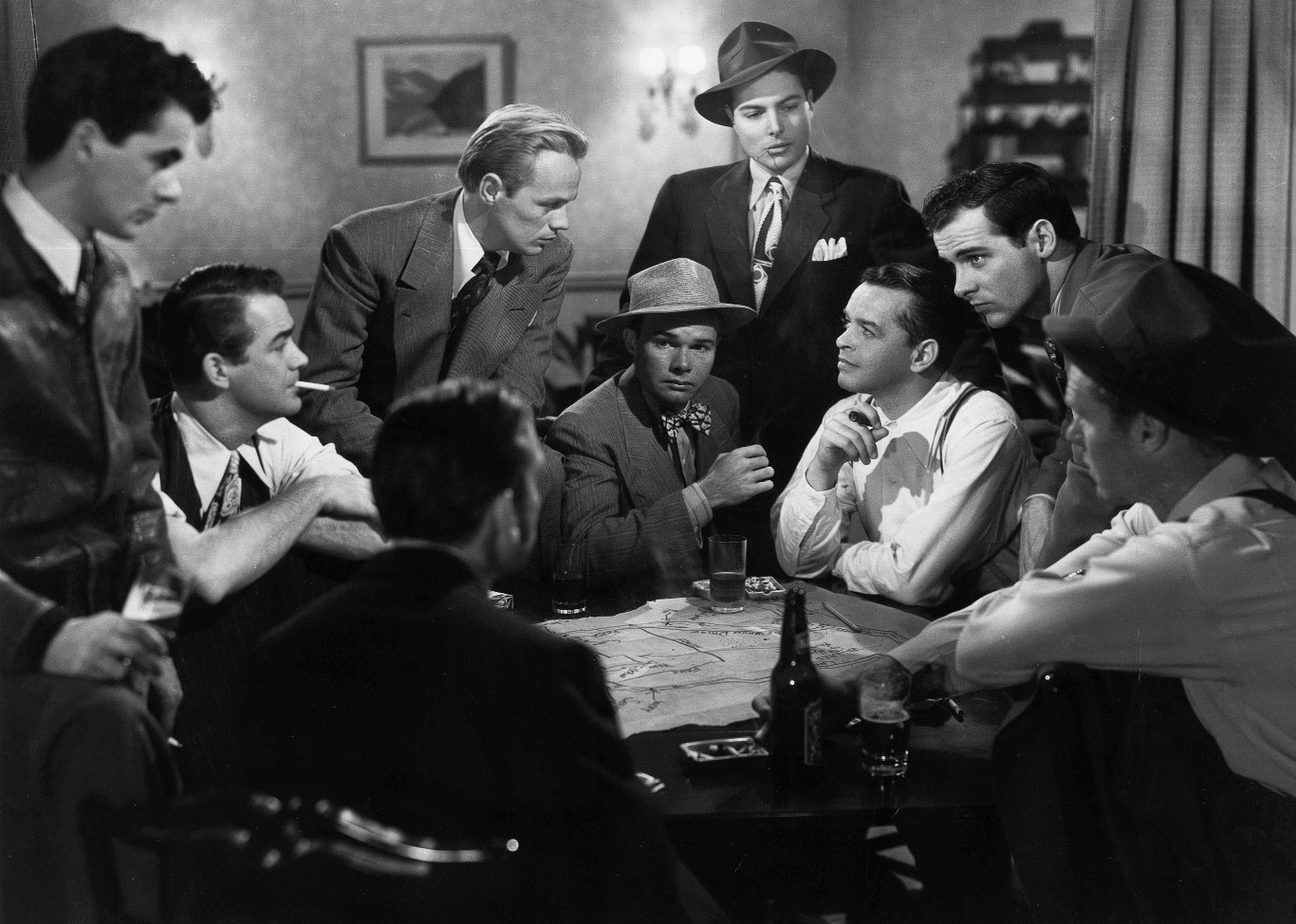 Street With No Name was made in the then-new “semi-documentary” style that 20th Century Fox had pioneered in 1945 with The House on 92nd Street.  This involved, basically, a script based on a true story with, wherever possible, exterior filming done on the actual locations.  Director William Keighley had made several classic gangster films in the 1930s at Warner Brothers.  Extensive location filming and minor parts played by actual FBI personnel are used, with a deep-voiced narrator extolling the virtues of the corrupt city through stylized and shadowy images, reminiscent of earlier Fox films such as I Wake Up Screaming and the aforementioned Dark Corner.

Lloyod Nolan and John McIntire play stereotypical roles with which they are conventionally associated, while Mark Stevens’ low-keyed performance as Coredell has an understated intensity reminiscent of Alan Ladd.

With Richard Widmark, there is an attempt on the part of both writer and actor to tone down the psychotic characteristics of his portrayal in The Dark Corner, but Widmark’s presence underscores his portrayal of Alec Stiles with numerous idiosyncrasies: the brutal treatment of his wife; the suggested homosexual reltaionship with Manley; his manic laugh; his use of a nasal inhaler and his obsession with the dangers of fresh air and germs.  After a few more years of playing assorted crooks, Widmark “reformed” and went on to a long and successful career, playing mostly respectable characters, which he has continued up to recent times.  But the movies lost a great “heavy” when he went “legit”!