FOR IMMEDIATE RELEASE: The Intruder (1962) 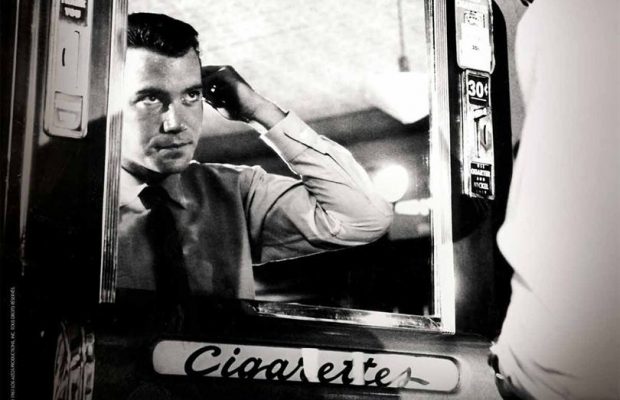 Toronto – A political outsider uses racial divisiveness to build his platform.
Ordinary people are swept away by his hate-filled rhetoric. The media tries unsuccessfully to stem the tide. The underclass is left to pay the price.

A story ripped from today’s headlines? No. Rather, the plot of a 60-year-old Roger Corman movie that almost no one has seen. A film that Corman has called his most important work. A film that features Canadian icon William Shatner in his first starring role.

On Monday, December 12th at 7:00 PM, the Toronto Film Society presents The Intruder, a picture shot on a shoestring budget back in 1962, during the height of America’s civil rights unrest. Deemed too incendiary by critics, it did not win wide release nor find an  audience. Maybe the time is right now for this tale of a narcissistic rabblerouser and the destruction he leaves in his wake.

Prior to the screening, producer, industry programmer and TFS board member Powys Dewhurst will conduct a live, in-person discussion with York University professor of politics, Dr. Robert E. Latham, focusing on the parallels between this prescient movie and today’s political landscape. Also scheduled is a brief video interview, courtesy of planetfantastic.ca, featuring Roger Corman protégée Alexandria Stapleton, director of Corman’s World: Exploits of a Hollywood Rebel.

Please note that the film may be difficult to watch for some viewers as the depiction of racism is raw and the N-word is used casually throughout the film. TFS has chosen to screen the film due to the importance of the theme and its relevance to events happening today.

About the Toronto Film Society

Formed in 1948 to privately screen forgotten, banned, independent, fringe, silent and sound films of both Canadian and International heritage, as well as to support film restoration and preservation, the Toronto Film Society (torontofilmsociety.com) remains a volunteer-run, membership-driven, non-profit organization dedicated to the artistic, historic, educational and social significance of cinema.

For further information, to be added to the guest list or to arrange an interview, please contact TFS vice-president Mark Brodsky at info@torontofilmsociety.com (416-275-7916) or Powys Dewhurst directly at powdew@gmail.com.