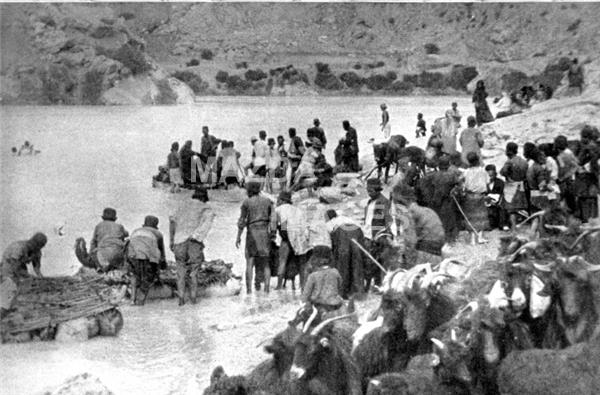 IN THE LOBBY from 7.45 to 8.05 p.m. – a series of 2×2 colour films transparencies exemplifying characteristics in the art work of children at various levels of development from the scribble stage of the pre-school child to adolescent drawing, prepared by member Louis Shore in connection with visual aids produced by the Essex School Art Unit, Toronto.

This magnificent documentary made around the massive dramatic statuary of Rodin includes some works by those sculptors who influenced him most, the Greeks and Michelangelo.  Certain of Rodin’s reliefs and statues were part of a personal struggle to master his emotional self-expression.  The problem from the point of view of cinema was to make this struggle come alive with only still models before the camera.  Repeatedly one is moved by Lucot’s handling of the great masterpieces.  Richard Winnington wrote in the News Chronicle, Lond, “By the camera’s mobility, angle shots and the imaginative lighting played upon them, the works of the great sculptor become a new and rich experience.”

In order not to spoil the effects of the photography of the statues, the film is free from super-imposed titles.  The commentary remains in French and it is to the credit of its makers that the film moves one through its visual beauty and is not dependent on its commentary for understanding.

Recorded for the screen by Merian C. Cooper and Ernest B. Schoedsack for Paramount Pictures
with Marguerite Harrison
EDITED and TITLED by Terry Ramsaye and Richard P. Carver 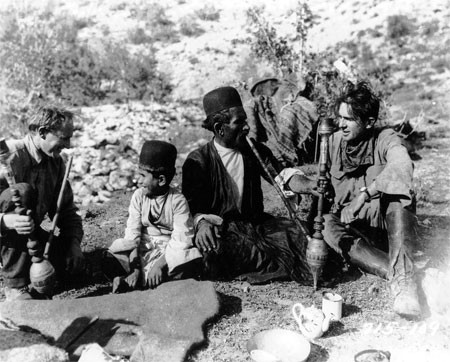 The camera follows the migration of the nomadic Baktyari tribes across central Persia in search of the grazing lands which mean the difference between life and starvation to their flocks.

When Grass was made, Cooper and Schoedsack were wandering adventurers and their film often reflects the capricious curiosity of the traveler rather than the trained observation of the scientist.  However, when 50,000 Baktyari tribesmen float and swim their flocks across a treacherous river and toil over a 12,000 foot mountain range, the film suddenly enlarges to epic scale.

Though the camerawork lacks Flaherty’s skillful and penetrating analysis, though the construction seems abrupt and episodic today, Grass embodies the drama of conflict between man and nature, the suspense which derives from the spectacle of thousands of people driving through terrific obstacles toward an apparently inaccessible goal.  Romantically seeking far-away thrills, Cooper and Schoedsack had actually produced a dramatic document of the pastoral stage of man’s struggle to live.

Most of the drama lay inherent in the material rather than in the treatment–but the very fine long shots looking down on lines of people crossing great snow-covered wastes will be noted and perhaps remind one of Tisse’s shots in Eisenstein’s films.

A “city film” in the outward style of Arne Sucksdorf’s Rhythm of a City screened last Season, it shows Edinburgh from the point of view of its very ordinary human inhabitants, and is profoundly unconcerned with the tourist’s point of view.  A Danish sailor, a railway fireman, a coalman, a bigamist, a solicitor and an old lady are shown in incidents involving drink, jail, love, death and other ordinary aspects of a supremely ordinary life.  Interwoven with the glimpses of people are the glimpses of Edinburgh–the solemn church and the ancient gravestones (with a quotation from John Knox on the sound track); the passing water-cart; the ships in harbour; the early Monday morning tram; the dour splendour of the men’s club; the ballet contrasted with the dance at the Student’s Club; the curling club; and the many staircases on which pass important moments in the lies of many people.

One of the first four-reel comedies, and Chaplin’s first move toward feature length pictures, this was actually intended to be a burlesque on Cecil B. DeMille’s production with Geraldine Ferrar and Wallace Reid which had just been released.  Chaplin’s film follows the story rather closely, with satirical bits interspersed.  Only for a few moments at the end of the picture in the death scene does Chaplin assume the character of a sincere Don Jose.

He had intended it to be released in 3 reels, but after he left Essanay, new scenes were added, thus expanding the picture into a 5 reel feature.  A sub-plot concerning Ben Turpin and the Gypsies is cross-cut with the action proper, Turpin and Chaplin never meeting.  Most audiences found it rather monotonous and confusing when Chaplin was absent.  This caused Chaplin to sue Essanay Co. which seemed justified, as the film containing some brilliant bits of fooling by the star was not altogether successful in its released form.  This version has been edited to the original 3 reels, discarding the added material to which Chaplin objected and shown at silent speed as filmed by Chaplin.

Musical scores from phonograph recordings will accompany Grass and Burlesque on Carmen.

Intolerance (continued)  5 evaluations were received after the previous 29 were edited in the programme notes for Jan. 30th.  4 rated the film “superlative”; 1 – “excellent”.

Nothing but the greatest admiration for “this masterpiece” was noted.  Its excellences were judged to outweigh the defects of primitiveness – Griffith’s bold attack on social and religious hypocrisy, and the effective techniques used virtually for the first time and now accepted as normal were praised.  However the misplaced laughter on the part of some members was deeply resented.

Volpone Programme  36 evaluations were received, 7 of which dealt exclusively with the short films.  Comments on the latter were also included with the Volpone evaluations – 6 rated Volpone “superlative”; 17 – “excellent”; 6 – “good”

Practically all evaluators commented on the whole programme.  There was a difference of opinion on the short films.  While almost everyone agreed on the excellence of Rain (“Technically brilliant and aesthetically satisfying”), there was a conflict of opinion about Ballet Mecanique and Long Bodies.  Some found them “intriguing, absorbing, exellent and a lot of fun,” others labelled them “rubbish, boring and monotonous.”  Ballet Mecanique, among the films receiving the most votes last Season for inclusion on this Season’s programme, was felt by some to be a good idea poorly told, evocative, frustrating, monotonous, somewhat attenuated and occasionally repetitious.  “I longed to slap Leger and send him back to the nursery,” commented one member.

Volpone was judged very enjoyable by virtue of its magnificent characterizations which “made” the film, nearly everyone agreeing that Baur excelled.  The humour of this spirited farce was felt to be handled with great skill and artistry.  Most evaluations felt the screen adaptation was admirable.  However the odd comment was made that it seemed to drag a little and two members voiced dissatisfaction with the final effect.  One wrote, “I thought Volpone a superbly made and acted French film and I came away dissatisfied.  …I think this feeling can be traced to the opinion that the film version did not do justice to the original play.  (Perhaps the play does not lend itself to translation into another medium).  …In the film the concentrated effect of the personalities of the leading characters tends to be dissipated.”

The print quality was disappointing – being contrasty; it therefore tended to be noisy and of uneven clarity.

Those members who rated this film highly remarked on its visual excellence and cinematic quality.  “It is a rare privilege to see this lovely and fascinating motion picture again – sheer visual and emotional enthrallment – an enchanting film superbly directed in visual terms – speech not missed – not one shot is superlative – especially liked the sepia tone – the best silent film I have ever seen.”  Judged to be a “must” for the serious film student, it was felt that its poetic quality escaped the less sophisticated, as witnessed by the “uneducated” laughter.  It was noted that the pig episode showed evidence of Hollywood interference, while another member felt that the Hollywood gag artists showed disastrous influence in the latter two thirds of the film.

Industrial scientists announced today the invention of the greatest boon to movie patrons since the advent of the talking pictures.  The invention is a noiseless, rustle-proof popcorn bag.

Along with its virtues of silence, the bag was described as so porous it cannot be blown up and exploded or filled with water and dropped from the balcony.