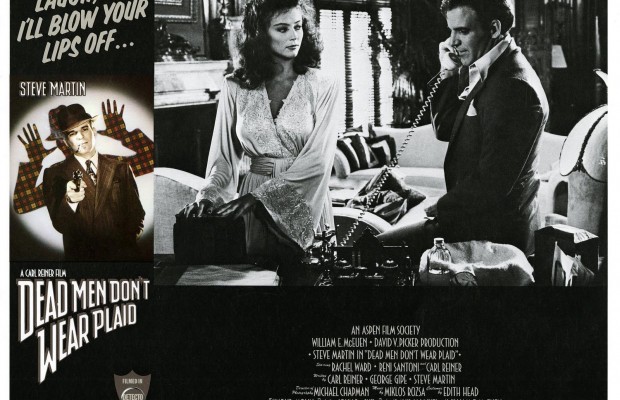 Welcome to the first programme in Toronto Film Society’s 65th season and our first May film weekend in Toronto.  We have been very excited to present our Dead Men Don’t Wear Plaid program and now that it’s here let me tell you a bit about how we made this choice.  As many of you may know, we have always held this film weekend just north of Toronto, first at the Briar’s in Sutton and then about 20 years ago, we moved it to Kempenfelt in Innisfil, just south of Barrie.  In the past, we invited people who had their own collection of films to be our guests.  We were fortunate to have such people as film historian William K. Everson, patron Aldo Maggiorotti and collector James Phillips.  At one time, the people from Paramount pictures let us borrow their films for a small cost and we would bring in such guests as TFS founder Gerald Pratley, movie aficionado Harry Purvis and Canada’s beloved Elwy Yost to speak to us about their film knowledge.  In the past several years, the George Eastman House has generously allowed us to choose films from their collection and our guests from that wonderful institution have shared their film experiences and knowledge with us.  Due to the rising cost of the May weekend and the dwindling number of people attending, this year we voted to move this event to Toronto.  And instead of showing rarer films, although with TCM, more and more is becoming available to the public, we thought it would be a dream come true to show all the films that Carl Reiner so cleverly wove into his fabulous film comedy and tribute to 1940 film noirs.  This doesn’t mean that we won’t be going back to showing rarer films in the future, but as far as we know, no one has ever showed all these classic noirs in one weekend.  Our May seminars have always started Friday nights, but to fit all these films in, we needed to start our weekend early.  Now that it’s here, it’s going to be a lot of hard work to keep our eyes, ears and mind alert for viewing all these 19 films!