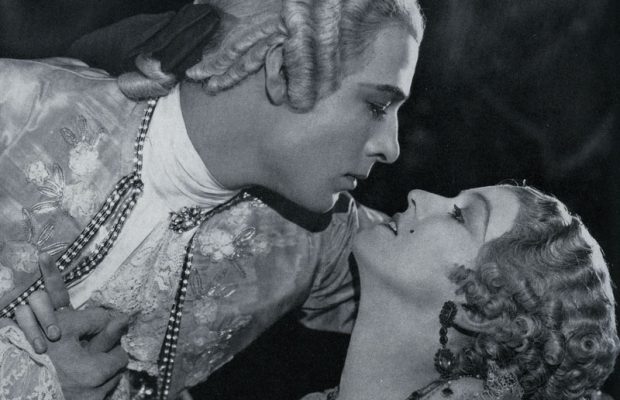 1st Season – 2nd Program
at the

A good-humoured satire on the Quebec village notary, narrated in rhymed commentary.  Facile at unravelling family legal complications, the notary can relax in confidence knowing that people must come to him for safe advice or crafty counsel.  His unrivalled position in the community is described as the film follows the involved legalities that arise when a farmer dies intestate, leaving to his heirs the dispute over the estate–and to the notary, the solution.  In this picture the average man’s bewilderment over legal procedures is cleverly told against a refreshing Quebec background.

In pursuit of a driving license, Mr. Magoo makes his way into a maternity home, which he persists in regarding as the licensing offices.  Believing that he is taking a driving test, he embarks on a wild ride in a fire engine;he returns triumphantly to the maternity home, where he is received as a patient.  Again Magoo’s disastrous near-sightedness sustains a number of amusing and comic situations.

The first of the series of shorts in which highlights are presented with added sound and commentary from films made by Warners during the silent period.  (The second of this series was shown at our first program).  Magic Movie Moments contains part of the spectacular Flood sequences from Noah’s Ark (1929), directed by Michael Curtiz (whose most recent film now in release is We’re No Angels), with Dolores Costello, George O’Brien, Noah Beery.  Designed as entertainment shorts, this series promises to be a good deal more authentically entertaining than the usual run of travelogues and comedies.

And each who sat and watched alone
Could secretly believe and feel
He was a lover–and her own. 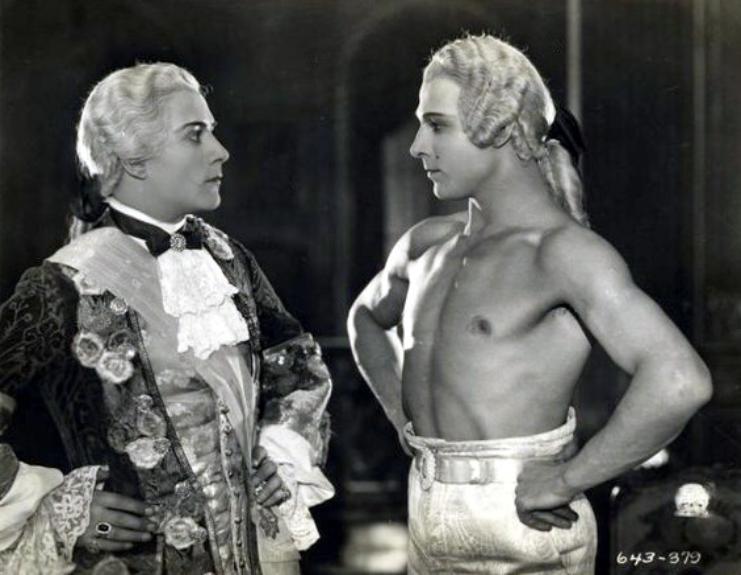 RUDOLPH VALENTINO (nee Rodolfo Alfonso Raffaelo Pierre Filibert Guglielmi di Valentino d’Antonguolla)–in his short span of life–both on and off the screen–will always be regarded as the Great Lover of the Screen.  Ever since his untimely death at 31 in 1926, the immortal Valentino has become a yardstick by which any new (or not so new) male star is judged.  Perhaps the only one to resemble Valentino in looks, personality and style of acting was Ramon Novarro.

Valentino–although the idol of women, was also admired by the masculine side of film fans.  He was an expert horseman, swordsman, boxer and generally all-round athlete and therefore had an appeal to men who visioned themselves as romantic knights of the “Roaring Twenties”.  Valentino set the style for men whether it be clothes, long sideburns or that sleek hair-do.  He had many detractors too–mostly jealous husbands and rival male movie stars.  His chief feud in the film colony was with John Gilbert and perhaps his most famous heart interest was the tempestuous Pola Negri.

Two Valentino films–The Sheik and Son of the Sheik were re-issued during the late ’30’s with musical sound tracks and played to capacity business on Broadway.  A few years later another of his films, The Eagle was also re-issued with sound and had moderate success in America.  Many well known writers and film critics when reviewing these Valentino re-issues referred to him as Clark Gable and Tyrone Power rolled in one!  The truth of the matter was –Valentino was neither of these–singly or doubly.  He was a unique personality who has remained a class by himself.  Perhaps this may be the reason why his fame and name have remained legendary.

Monsieur Beacaire made in 1924 was aimed at Valentino’s adoring public and shows him to the best ossible advantage–powdered wig and all!  No matter the material he was given, Valentino’s magnetic personality always made a direct hit on audiences and you may say that he was the first of the 3-D personalities of the silver and silent screen!

Monsieur Beacaire is a film conceived and executed as a framework for an attractive screen personality.  The lavish lighting, the satiny sheen of the absurd costumes, the dexterity with which the chief character is kept glamourously and sympathetically in the foreground deserve attention.  This is the epitome of “box-office” and through it all Valentino moves, radiantly self-assured and incomparably photogenic.

After an absence from the screen of two years, during which he was engaged in a lawsuit with the Famous Players Lasky Corporation and which he won, it was arranged that Valentino should make two more films for the Famous Players Lasky Corporation at a salary of seven thousand five hundred dollars a week, and with considerable influence in the choice of the two subjects to be filmed as well as the manner of their production.

In a spectacular costume picture the Screen’s greatest Lover was to make his return.  All the resources of an industry were to be concentrated on making it a wonder film–the finest technicians, a huge cast of carefully chosen players, the best artists and designers and costumiers, plus an enormous sum of money.  The film was to be built around the box-office appeal of one man.  Valentino was to be the central figure, a power above the director and producer and the men who had provided the money.  It was a dizzy height for a man of twenty-nine to have reached.

Monsieur Beaucaire had been released and the public clamoured to see it.  They were overjoyed to have the Great Lover back in a new picture after a screen absence of two years, and they flocked to see him making love to a French princess and a haughty English lady.  The absence of new Valentino films over so long a period had in no way diminished his appeal.  In fact, the appeal had increased.  The many incidents of his private life had been exploited by publicity agents–the strangely brief marriage to Jean Acker, the bigamy charge, the Jetta Goudal incident–and huge quantities of publicity material had issued from the studios.  People who had never seen him were anxious to do so, for they had read so much about him.  His old admirers had complained of the absence of new Valentino movies and had stayed away from cinemas in protest.  The total effect of the two-year absence had in reality been to increase his audience immensely.

The directors of the A-G-E Film Society will be pleased to hear from members their opinions, suggestions, and criticisms regarding the programs.