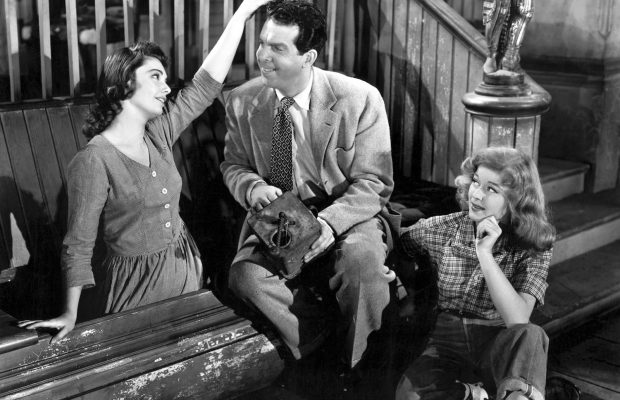 Toronto Film Society presented Murder He Says (1945) on Monday, February 17, 1986 in a double bill with The Ladykillers as part of the Season 38 Monday Evening Film Buffs Series “B”, Programme 8.

When Murder He Says was first released in 1945, Variety had its doubts about the film: “This one tosses logic out the window and devotes itself to broad slapstick.  Laughs clock heavily and pace moves so swiftly audiences won’t have a chance to discover it is a lot of to-do about nothing and thinly premised until it’s well over.”  The New York Times was more generous: “As weird a marriage of mirth and shudders as has yet come out of Hollywood…[The film] for want of a more specific description, might be termed farce melodrama.”  Today, however, Murder He Says is considered one of the forties’ funniest farces and a classic black comedy.  Pauline Kael describes it as follows:

In the same native cornball-surreal black-comedy mode as Arsenic and Old Lace but much looser, sillier, funnier.  Fred MacMurray is the insurance agent who stumbles into the house of a family of homicidal hillbillies; Mabel Paige is the unloved grandma, Marjorie Main is the yowling, whip-cracking mother, Porter Hall the mousy meek father, and Peter Whitney the half-witted twin sons–one of whom suffers from a crick in his back.  Mother’s cooking features a poison that glows in the dark, and int he climactic sequence the assembled characters keep turning off the lights and spinning the lazy-Susan table to avoid the poison.  There has probably never been anything like this sequence in other farces; it’s a classic of slapstick craziness.

Fred MacMurray’s comedic talents needs no introduction to lovers of Hollywood’s classical cinema but it is interesting to note the similarity between the roles he and Marjorie Main play here and those they were to play two years later in The Egg and I.  This 1947 film marked the start of Marjorie Main’s long career as “Ma” in the “Ma and Pa Kettle” films and there can be no doubt that Murder He Says, with its inspired and kooky slapstick, influenced the later role. 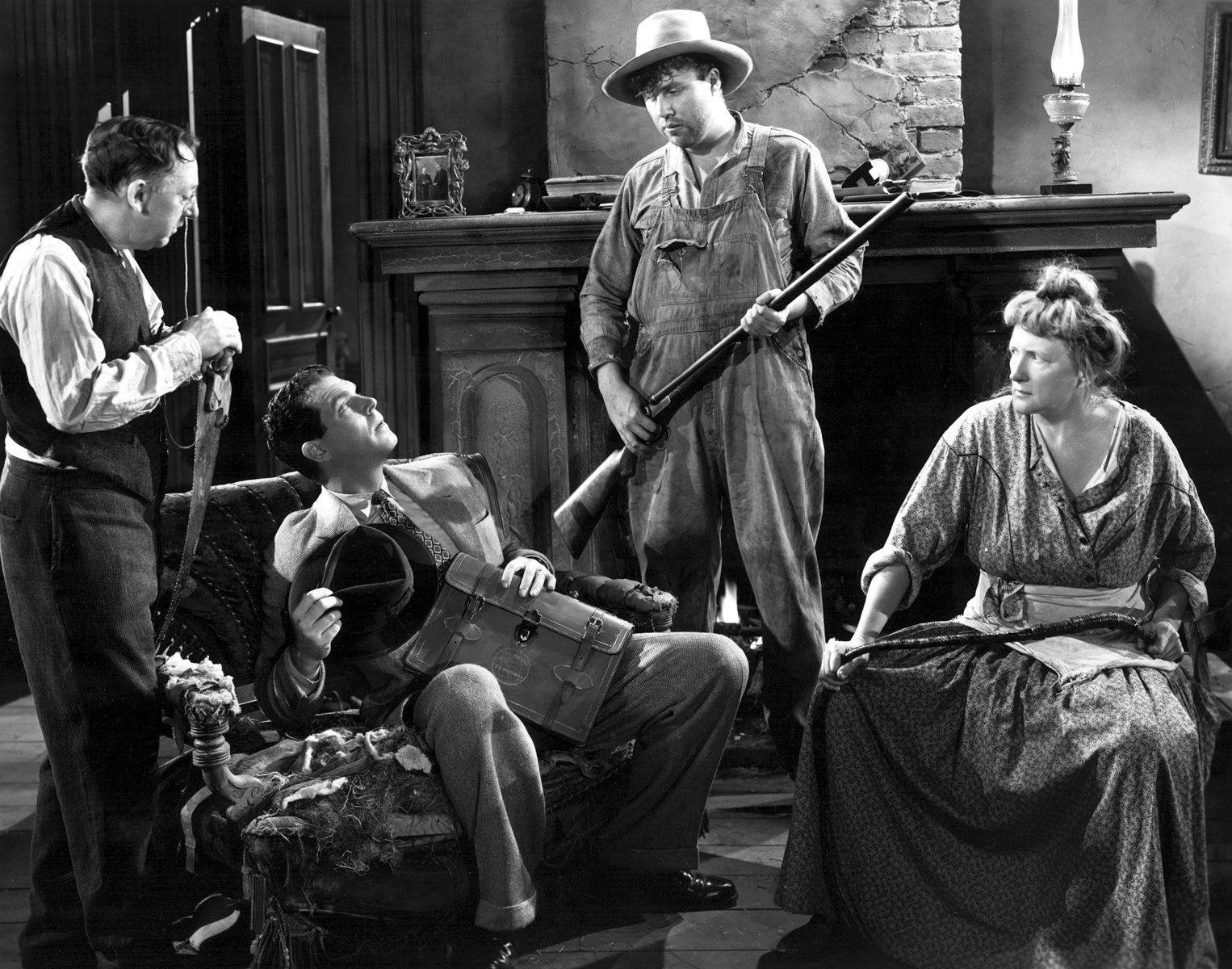 George Marshall, the film’s director, was among the most prolific and the most versatile of all Hollywood directors.  Although he worked in all genres of film, comedy remained his favorite and humour was successfully incorporated into most of his dramas and action pictures.  Comedians he worked with included Laurel and Hardy, W.C. Fields, Bob Hope, and Dean Martin and Jerry Lewis.

The film’s cinematographer, Theodor Sparkuhl, was also no stranger to comedy, having worked with Ernst Lubitsch throughout his German period.  Murder He Says, according to Leslie Halliwell, was a film that was ahead of its time.  With today’s growing taste for black comedy (evidenced by such recent films as After Hours and Brazil), it may finally be finding its audience.