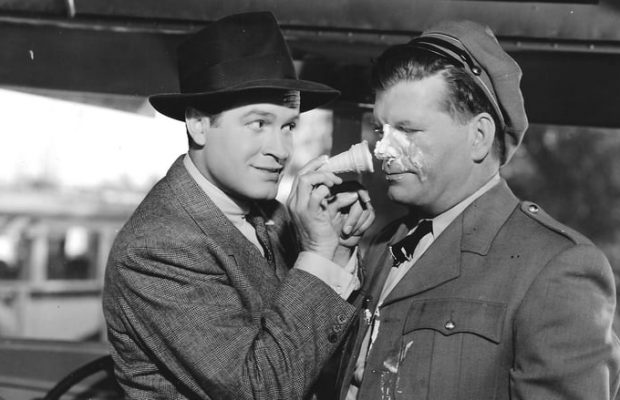 Toronto Film Society presented My Favorite Blonde (1942) on Sunday, March 13, 1988 in a double bill with To Be Or Not To Be as part of the Season 40 Sunday Afternoon Film Buffs Series “A”, Programme 10. 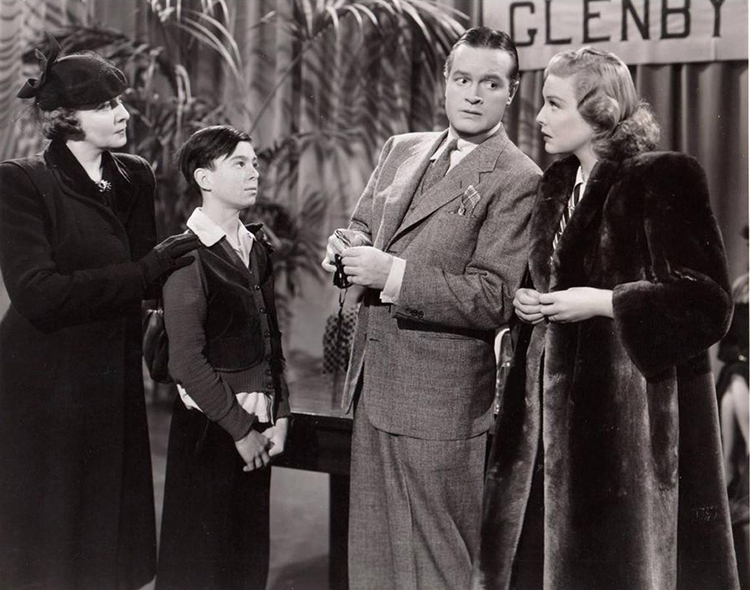 Like the first film in our programme this afternoon, My Favorite Blonde also is a comedy that involves a wartime situation.  It is the story of a British agent (Madeleine Carroll) being trailed by German agents for new flying orders for bombers headed for Britain.  Along the way she attaches herself to a vaudevillian actor (Bob Hope).  Although this film is more farcical than To Be Or Not To Be, it was considered to be just as popular as other wartime comedies.

Bob Hope is wonderful, with something smart to say no matter what the situation.  His smug behaviour is very funny.  This type of humour has always pervaded his films, and many considered it funnier than his work on television.  His old partner, Bing Crosby, from the Road To… films, had a cameo part, as he so often had in Hope’s solo films.  Hope’s style of screen comedy, relying on rapid quips and wisecracks, thrived through the forties, reaching a peak in the Western parody The Paleface (1948).  From the 1940s to the early 1950s, Bob Hope remained a to- box-office attraction.  It was also in the forties that he contributed so much time and effort to entertaining the troops, as did many of Hollywood’s people.

Like the Road To… films wit Bing Crosby, My Favorite Blonde began a mini-string of films for Hope.  It was followed by My Favorite Brunette (1947) and My Favorite Spy (1951).