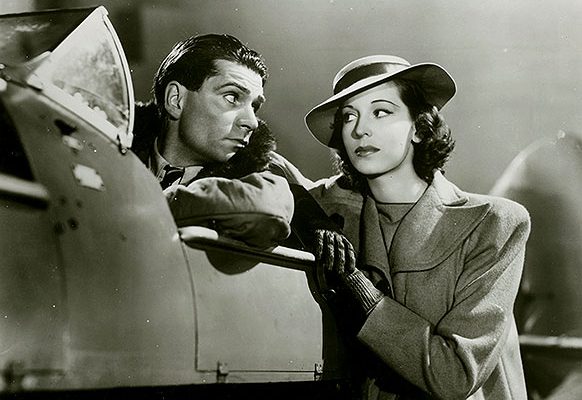 In 1939, before the start of the war, British screens were swamped with a wave of espionage thrillers including Q Planes, Spies of the Air, The Four Just Men, An Englishman’s Home, Traitor Spy and Michael Powell’s enormously popular The Spy in Black.  Many of these thrillers took their subject and the darkening international situation quite lightly, as if hoping that joking about them would lessen their menace (a menace the American title for the film clearly reflects).  It is interesting to note that this demand for a humourous treatment of war and its dangers did not immediately vanish with the war’s outbreak.  Instead, there was a rash of comic “joining up” films such as Laugh It Off, All at Sea, and Old Mother Riley Joins Up.  (The title Laugh It Off seems particularly suggestive in this context).  At Christmas 1939, war jokes were still wildly popular in films, theatres and music halls; by August 1940, their popularity had declined markedly; and by October 1941, one of the darkest points in the war, they had virtually disappeared.  The British public was coming slowly and reluctantly to realize that the war would be a long, bitter one and certainly no laughing matter.  Q Planes, however, released in March 1939, belongs to the earlier, more lighthearted period. 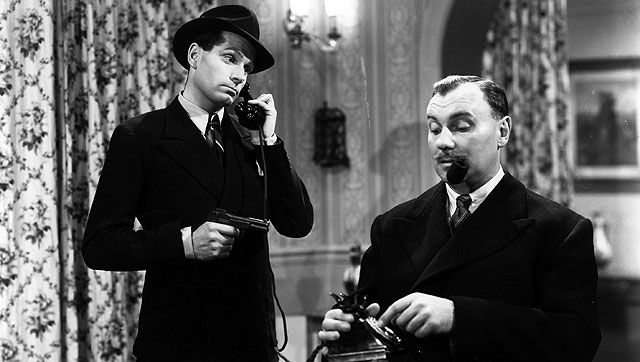 Tim Whelan, the director of Q Planes, began his career as a screenwriter in 1920, working on several Harold Lloyd silents, including Safety Last (1923), Girl Shy, Hot Water (both 1924), The Freshman (1925), and Tramp Tramp Tramp (1926).  As a director, he worked in both the U.S.A. and England, but his English pictures are generally considered his best.  He had directed both Laurence Olivier and Ralph Richardson in The Divorce of Lady X made by producer Alexander Korda in 1938, which made it natural for the three to reunite for Q Planes.

Laurence Olivier was at this point still very much at the beginning of his career.  His first British screen appearance had been in 1930 and his first American film in 1931 but his talent was not immediately recognized and his failure in the early 30’s included being turned down by Greta Garbo for the role of her leading man in Queen Christina.  In 1939 he would volunteer for the Royal Air Force, only to be turned down, eventually joining the Fleet Air Arm of the Royal Navy in 1941.  Wuthering Heights, Rebecca, and Pride and Prejudice, all made in the States before entering the service, established Olivier’s career on the solid ground it has been on ever since.

Ralph Richardson’s film career has always been secondary to his stage work but he has nevertheless scored some remarkable triumphs, appearing in the first feature-length film released after the outbreak of war–The Lion Has Wings–and being nominated for an Oscar for his performance in The Heiress (1949) as Dr. Austin Sloper, Olivia de Havilland’s ruthless father.

Valerie Hobson, after a very brief stay in Hollywood in 1935 where she appeared in, among other films, The Bride of Frankenstein, had returned disappointed to Britain to pursue her career there.  She then developed into one of the prime leading ladies of the British screen, gentle, graceful, and elegant, the personification of the well-bred upper-crust English lady.  Her most famous role was probably that of Estella in Lean’s Great Expectations (1946), but she also had a significant part in Kind Hears and Coronets (1949).

The other actor worth mentioning is John Laurie, who appears as the jealous crofter in Hitchcock’s The 39 Steps (1935) and also in Fanny By Gaslight (1944), as Fanny’s father.

Related ItemsClouds Over Europe (1939)Laurence OlivierMonday Buffs 41Q Planes (1939)Ralph RichardsonSeason 41Tim WhelanValerie Hobson
←Previous Murder Will Out [aka The Voice of Merrill] (1952)
Next → Ten Days in Paris [aka Spy in the Pantry; Missing Ten Days] (1939)