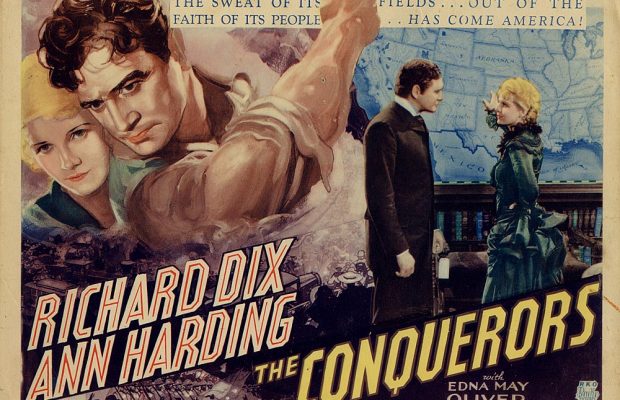 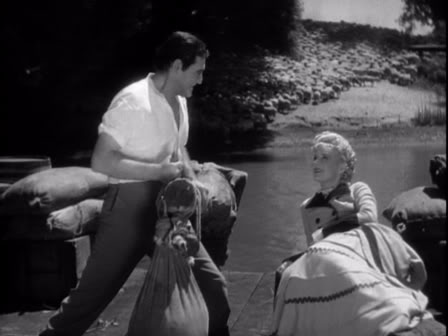 A lot is about to happen in the next 86 minutes: The Conquerors is a western, a war film, and a romance. It’s a hopped-up, morale-boosting tract from William Wellman, the director who would go on to confront the Great Depression so dramatically in Wild Boys of the Road and Heroes for Sale. By this point in his career, he had already directed the bona fide classics Wings, Beggars of Life, and The Public Enemy. Richard Dix, just a year after being nominated for Best Actor in Cimarron, stars in the film and producer David O. Selznick was attempting recapture the success of that sweeping Best Picture winner. Even if the budget was less than half of Cimarron’s, much of the talent was reunited: a writing credit by Howard Estabrook, a score by Max Steiner, both had Edward Cronjager as cinematographer, and both had Edna May Oliver.

All the pieces were in place for a blockbuster and enthusiasm was running high. In a memo, RKO’s secretary-treasurer wrote that The Conquerors “should be one of the big pictures of the year.” Selznick went out on a limb and predicted it would be “one of the biggest pictures ever made.”

RKO was sure hoping he was right; they needed a hit. The studio had tremendous promise when it was established in 1928. An alliance of RCA (and their parent company General Electric), the Keith-Albee-Orpheum circuit of vaudeville theaters, and Joseph Kennedy’s low budget film studio the Film Booking Offices of America, RKO had the technology, the venues, and a studio infrastructure to compete with the majors. But rapid acquisitions and growth suddenly became burdens when the stock market crashed in 1929. Even their biggest critical success, Cimarron, initially lost money. The studio needed someone with vision to bring them back to solvency so in 1932 they courted 29-year-old wunderkind David O. Selznick.

William Wellman once proclaimed, “David O. Selznick is the only producer I can get along with!” The two were far from strangers–David’s brother Myron had been Wellman’s agent for years and David had produced the director’s 1929 films Chinatown Nights and The Man I Love for Paramount. This collaboration would eventually lead to the critical and commercial success of A Star is Born (the 1937 version) and Nothing Sacred. Allegedly, Wellman did some work on Gone With the Wind—one of many directors to fill in after Victor Fleming suffered a nervous breakdown. The Conquerors was their only collaboration for RKO. Was it one of the biggest pictures ever made as Selznick predicted? The answer is obvious. Truthfully, it’s not one of the biggest or best Selznick or Wellman pictures of 1932. Wellman’s Frisco Jenny and So Big! with Barbara Stanwyck are more cohesive and enduring pictures. Selznick produced 15 movies in 1932 including What Price Hollywood?, Bird of Paradise, and A Bill of Divorcement. But Selznick’s truly big hit would have to wait until early the next year when he produced a movie about a rather large monkey.

Even if The Conquerors failed to deliver on its grand promise and lost RKO nearly a quarter of a million dollars, it’s still a wild Wellman picture, an example of Selznick’s hubris, and snapshot of the zeitgeist of the Depression era. 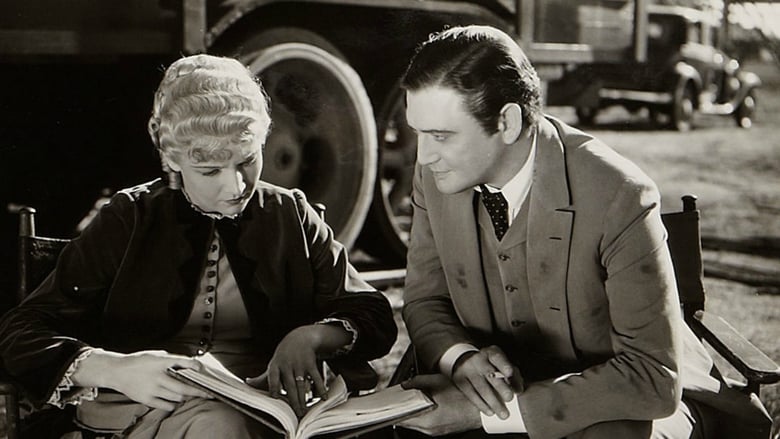 One of a staggering six movies that William Wellman made in 1932, The Conquerors is a film that has been neglected in a filmography crowded with laudable work. As both a snapshot of the zeitgeist of the U.S. during The Great Depression and a sterling example of the passage-of-time picture, the film has been overshadowed by other works. Wellman’s own Wild Boys of the Road and Heroes for Sale, both released the following year, are more incendiary films dealing with the prevailing despondency of the early 1930s. The Academy’s Best Picture awards to Cimarron (also starring Richard Dix), in 1931, and the Noël Coward-scripted Cavalcade, in 1933, have made those works the preeminent passage-of-time films of the era. Though not the towering success it strove to be, The Conquerors barrels through the story of a man’s life of fortitude and perseverance. It’s a parable of stoicism with a march-like drive, and, as such, it’s hard not to appreciate the attempt to inspire a country mired in gloom.

The relentless film is clearly authored by the man known as “Wild Bill.” Exactly as the younger Roger Lennox character in the film, Wellman’s military career had been a swift rise from ambulance driver to fighter pilot during World War I. The script even co-opts the three kills that Wellman recorded, as well as the name of his Flying Corp, the Lafayette Escradrille. But while young Lennox returns unscathed, Wellman’s plane was shot down. His back broken in two places, he returned to civilian life with a pronounced limp, a metal plate in his head, and decorated with a Croix de Guerre. If there ever was a director with the credentials to shoot a film about tenacity and courage, it would be Wellman.

The other behind-the-scenes talent who leaves an unmistakable imprint on The Conquerors is Slavko Vorkapich, credited here under the rather prosaic-sounding “Transitional Effects”—“Montage Pyrotechnics” might be more accurate. A Serbian émigré, Vorkapich first rose to prominence in Hollywood, co-directing The Life and Death of 9413, a Hollwood Extra, with Robert Florey. This little film, shot for a paltry $97, attracted the attention of the Hollywood elite and secured the two directors and cinematographer Gregg Toland jobs in the major studios. For the next couple of decades, Vorkapich provided slick editing and special effect sequences that livened such large-scale productions as David Copperfield, The Good Earth, and Mr. Smith Goes to Washington. His visual representations of the booming and busting economy in The Conquerors is mesmerizing and lends the film its visual panache.

RKO heavily promoted the film, including sponsoring a contest in the D.C. area to come up with a slogan or creed to help sell the film. Miss Violet A. Stephens was awarded $25 for: “America—Invincible yesterday, Conquering today, Victorious tomorrow!” Unfortunately, this gusto did not carry over to critics or audiences. Picture Play magazine said the movie “failed to capture the sweep and thrill and Americanism of Cimarron.” The Chicago Daily Tribune also unfavourably compared it to the previous year’s hit, but maintained that the movie was “a virile, thoughtful, suspenseful ‘western.’” Trade publication Harrison’s Reports took a dim view to the film’s aim: “It will depress people more than encourage them; it shows the weakness of the financial structure—that this period of depression is not the only one that the country has gone through, and that one has to look forward to many other such periods in life.” Exhibitors’ comments from small-town theatres, published in Motion Picture Herald, were a mixed bag, from tepid to enthusiastic, with a few dashes of puritanism in between:

“A good picture, but that’s all. No epic.” – Wayne, Nebraska

“A fine production to terrible business. …Just one of those things you can’t account for.” – Kasson, Minnesota

“Everyone was satisfied and the show drew extra business. The Depression doesn’t look half so bad after seeing this.” – Plainview, Nebraska

“…The picture does not have appeal for the masses.…” – Chandler, Oklahoma

“Only one drawback: There was no call for showing them have a baby. The producer could have gotten around this nicely without going into detail. They want to remember they are making pictures for children as well as adults.” – Marmarth, North Dakota

“This has its good points, also a number of bad ones: too many deaths, too much baby business. Overheard a number of disgusted remarks in regard to that angle. Ann Harding is very mediocre, and Richard Dix seems to be suffering from stage fright when he isn’t overacting. Enda May Oliver best of the lot. One might say her sniff saved the picture.” – Marathon, New York

“We all know babies have to be born and have been for many years, but the screen is no place to reveal the fact to the present younger generation and the kids.” – Menard, Texas

“Do not make comparisons with Cimarron, for this one can be put over on its own merits.” – Portland, Oregon

“Very good picture, but not as good as Cimarron.” – Rochester, Indiana

The most idiosyncratic (and, upon review, accurate) criticism came from a theatre in southwest Colorado: “Good picture. But their map of the United States had Colorado’s east boundary with a jab in it, which put us in Nebraska. Guy Kibbee and Edna May Oliver are very good.” – Julesburg, Colorado

A letter published in Photoplay, from one J.L. Thompson of Lynchburg, Virginia, may have been planted by the studio, but it reflects the movie’s crazy American vitality. He writes that he walked into the theatre “Temporarily unemployed, dejected, and dog-tired” but emerged afterwards “…a buoyant, spirited fellow, …faith restored in my country, myself, and my fellow citizens!”