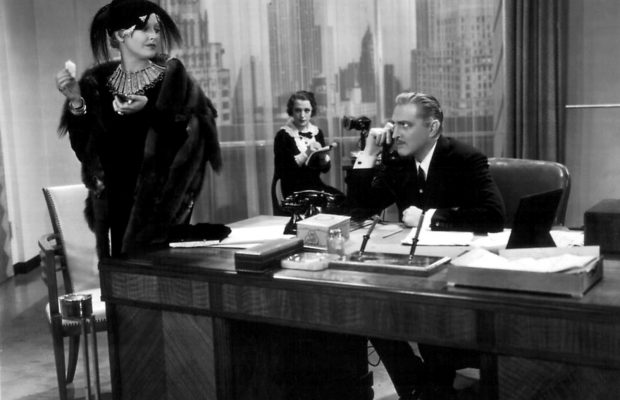 Toronto Film Society presented Counsellor at Law (1933) on Sunday, October 16, 1988 in a double bill with The Best Man as part of the Season 41 Sunday Afternoon Film Buffs Series “A”, Programme 2.

Counsellor at Law was one of William Wyler’s first adaptations of a stage success to the screen, the others, The Storm (1930) and Her First Mate (1933), being both minor stage works and minor films.  Counsellor at Law was one of the biggest hits of the 1931 Broadway season, a landmark for both its author, Elmer Rice, the great Broadway writer of the 1920’s, and Paul Muni, its star.  Rice (1892-1967) was a young lawyer in 1914 when his first play, On Trial, the first play to use the flashback techniques of film in the theatre, proved to be an outstanding hit of the 1914 Broadway season.  Rice changed his name from Reizenstein, gave up his law practice, and embarked on a writing career full time.  Some of his other Broadway plays included The Adding Machine (1923), Street Scene (1929, and a Pulitzer Prize winner), The Left Bank (1931), We, the People (1933), Judgement Day (1934) and Dream Girl (1945).

Counsellor at Law opened on November 7, 1931 at the Plymouth Theatre and had a long run of 378 on Broadway.  Elmer Rice both staged and produced his own play.  Paul Muni’s performance as the self-made, Jewish, New York attorney, George Simon, was to be his greatest stage success, and the role that made him a hot property for films.  But Muni refused to repeat his stage success on film, preferring not be typed in movies as a “Jewish actor”.  Universal, stuck with an expensive Broadway hit minus its star, hired John Barrymore at $25,000 per week to do the film, fully expecting his part to be finished in two weeks.

“I admired Barrymore as an actor, but had doubts about his rightness for the part”, stated Elmer Rice.  “Moreover, he was definitely on the decline.  But, in view of his great talents and great name, I could hardly have objected to him even if I had had the veto power.” 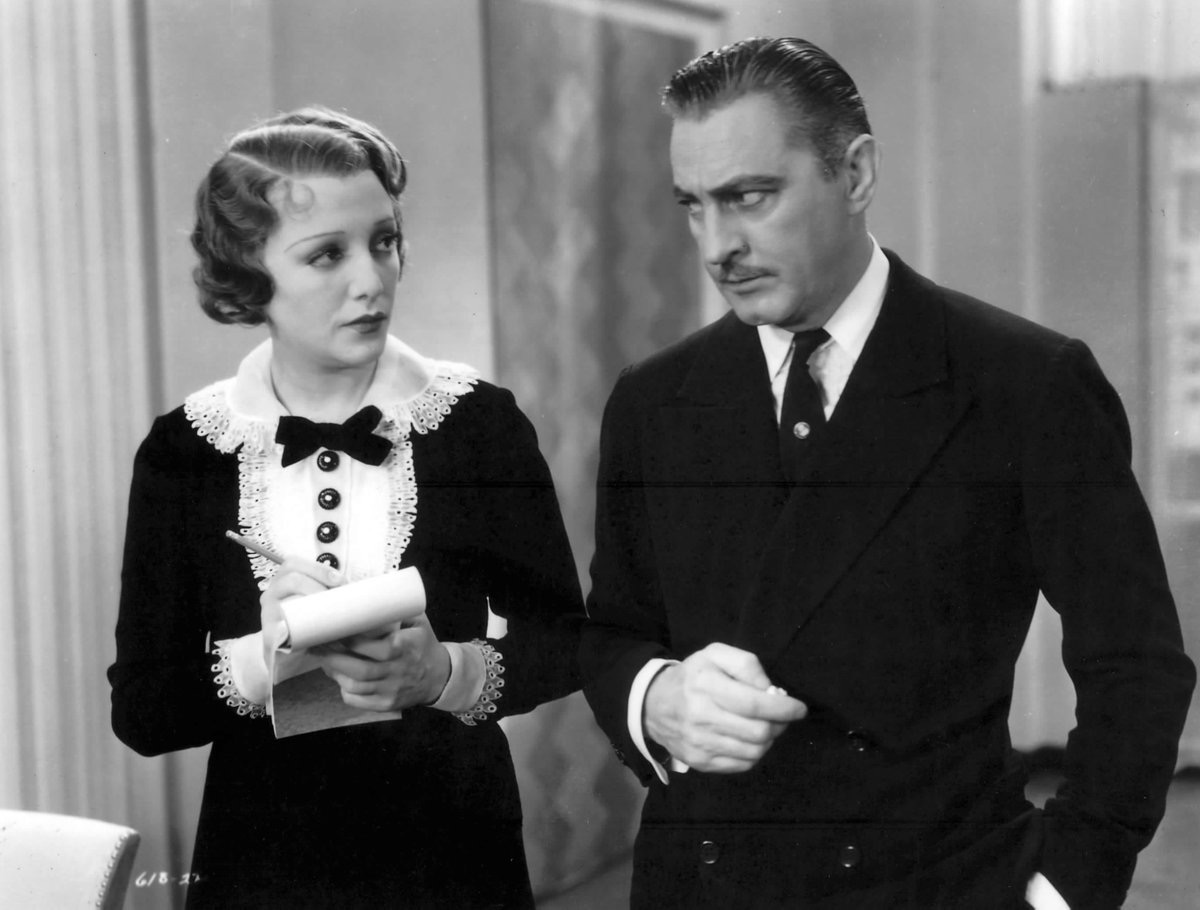 Wyler commented, “He was a wonderful actor, though his style was not like the acting of today.  Barrymore was especially good at comedy and could read lines in ways that would make them seem funny, that would bring out a comic flavor I had been unaware of.”  Wyler disagreed with Barrymore’s efforts to appear “Jewish”, and managed to tone down his gestures and accent, “His kind of aristocracy made the lawyer’s climb from the ghetto even more spectacular and he allowed us to make an extra little point about this emancipated Jew in the scene with his old mother.”  Critical of the pressure to finish in two weeks, Wyler bemoaned, “It was mad.  In every scene, I shot only Barrymore, skipping close-ups of anybody talking to him for later.  It’s a terrible way to make pictures.”  Wyler was given another ten days to finish the filming of Barrymore’s scenes.  After completing another film for RKO, Barrymore was called back for some additional scenes.  During one scene with John Qualen, he stumbled over a short speech, necessitating a retake.  Barrymore again flubbed his part on the retake.  This continued for twenty-five (Wyler’s account) to fifty (Gene Fowler’s estimate) retakes, firmly establishing both Wyler’s penchant for perfection and Barrymore’s reputation for unreliability on the set.

Making Counsellor at Law taught Wyler that a stage play did not have to be opened up through drastic restructuring or the invention of new, exterior scenes.  A filmed play didn’t have to be stagey: fast pacing, adroit editing of images and dialogue, and a mobile camera allowed Counsellor at Law to move as rapidly as any of Wyler’s previous Westerns.  Rice’s play already had something a “filmic” structure, with several scene changes requiring an immediate shift in location with no passage of time, producing an effect similar to the direct cinematic cut.  The play’s opening scene was also tailored to the requirements of cinema: many characters are on the stage at once, seemingly all talking at the same time.  The trick employed by Rice was to alternate dialogue from one group to another in a quick rhythm while skillfully structuring each conversation so that the audience never loses track of what is going on.  Wyler filmed this scene as dictated by the play, cross-cutting from one conversation to another and maintaining the illusion of multiple, overlapping conversations through rapid pacing and editing.  The film restricts most of the action to the law offices that had been the play’s sole setting, although the film does move into the corridors and lobbies.  Rice’s play skillfully evoked a boisterous, demanding public and private world which finds its focus in the law offices, and the person, of George Simon.  One obvious stage technique evident in this film is the late appearance of the main character, the star.  Holding back the protagonist’s entrance is a theatrical, not a cinematic, convention–in the theatre there is the need to conserve the live star’s energy, plus the obvious opportunity for a round of applause at his belated entrance.