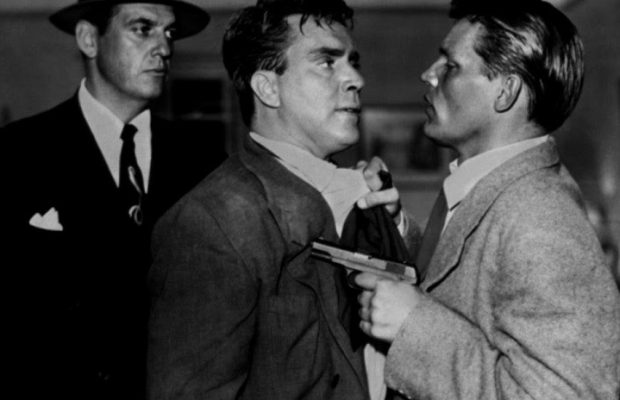 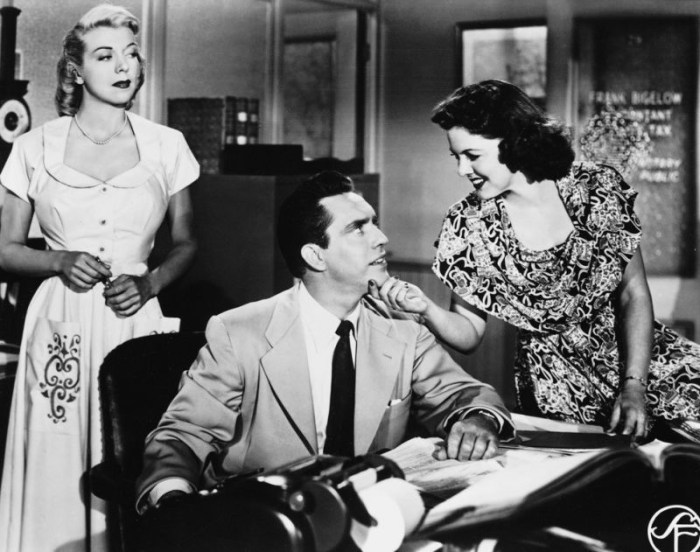 At the time of its release, D.O.A. received a lukewarm reception, however Edmond O’Brien was noted for giving a fine performance as the poisoned protagonist.  In the years since its release, it has become a well respected film noir.  D.O.A. was selected for preservation in the US National Film Registry by the Library of Congress. It was cited as being culturally, historically and aesthetically significant.  These accolades can be credited to the director Rudolph Maté, who, having directed six other such films, is no stranger to the film noir genre.  Maté started his film career as a cinematographer in Europe and moved to Hollywood in 1935.  In Europe, he worked with Alexander Korda; he was the cinematographer on Carl Theodor Dreyer’s The Passion of Joan of Arc (1928) and Vampyr (1932); and he worked on films for Fritz Lang and Rene Clair.  In the 1940s, Rudolph Maté has the distinction of receiving five Academy Award nominations for Best Cinematography five years in a row, but never winning, for: Foreign Correspondent (1940), That Hamilton Woman (1941), The Pride of the Yankees (1942), Sahara (1943) and Cover Girl (1944).  In D.O.A., from the opening shot of Edmond O’Brien entering the police station, to his running down Market Street in San Francisco and then, the scene in the Jazz Club, Mate displays his skill as a very talented cinematographer.

The scene in the jazz club was one of the earliest depictions of the emerging Beat sub culture.  Some of the bar patrons are seen grooving to the music of the band.  The hep cat who jostles Edmond O’Brien at the bar is an uncredited appearance by a young Hugh O’Brian; future star of movies and television.  The jazz band in the movie was led by saxophone player James Streeter.  Other band members were Shifty Henry (bass), Alex “Cake” Wichard (drums), Ray LaRue (piano) and Teddy Buckner (trumpet).  In spite of using these well respected jazz musicians in principal photography the director chose to rerecord the music in post production using a big band led by saxophonist Maxwell Davis (no relation to renowned jazz musician Miles Davis).  The film was scored by the very talented and prolific Dimitri Tiomkin.

The movie also boasts the uncredited appearance of Frank Cady, who appeared early in the film as the bartender in Edmond O’Brien’s hometown.  Cady is familiar to many as the character Sam Drucker, owner of the general store in the TV classics Petticoat Junction and Green Acres.

Another uncredited appearance, as the hotel bellhop, is a very young David Janzen, future star of television’s The Fugitive and Harry O. Well known character actor and film heavy, Neville Brand, received his first credited role in this film giving a creepy and disturbing performance as the psycho henchman Chester.  Also in her first credited film role is Beverly Garland, who is billed as Beverly Campbell.

This film was made not long after the first atomic bombs were used to end WWII in the Pacific Theatre.  Atom bombs and radiation had been used as a plot contrivance, mostly in B serials that were made for a juvenile market. This movie, made for a mature audience, played into the fears of the Atomic Age by the use of Iridium to poison Edmond O’Brien’s drink.  While Iridium sounds scary, and in the film it glows in the dark, it is actually a very brittle and hard silvery white element.  It is the second densest metal after Osmium and is the most corrosion resistant of all metals. So, while as a plot device Iridium sounds ominous, it’s use as a poison is not realistic.  However, given literary licence the writers, Russell Rouse and Clarence Green, did a fine job coming up with a frightening scenario.

One odd addition to the film is the use of “wolf whistles” in the hotel scenes.  Whenever an attractive woman walks by Edmond O’Brien, there is the sound of a “wolf whistle”.  It has been surmised that the director included these because the slide whistles were a popular gag item at the time; like whoopee cushions and joy buzzers.  The guests in the hotel scenes were at a buyer’s convention; it can be assumed that the partying buyers were horsing around with these whistles.  After all, more often than not, there’s an obnoxious clown at any convention.

The film can be enjoyed for all it has to offer; from the mystery of the story, to the music, to the excellent photography and more.  It is no wonder it was nominated twice for American Film Institute Awards: in 2001, for the “AFI 100 Years … 100 Thrills”; and in 2008 for AFI’s ten greatest American films in 10 classic film genres.  Unfortunately, although nominated, D.O.A. didn’t make it onto either list… Oh well, as they say in Hollywood, “it’s an honour just to be
nominated.”

D.O.A. is a fine film noir with a lot going for it.  It has a good story, fine performances and enough hidden gems to satisfy any film aficionado. Enjoy!