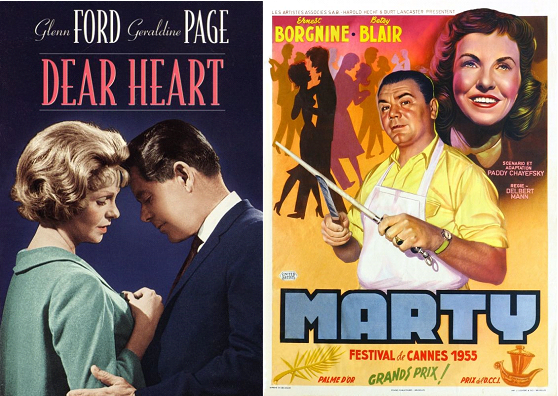 Tonight’s two features are directed by Delbert Mann, who earned a reputation in the early 50s as one of the premier directors of television drama.  He was particularly successful with two Paddy Chayefsky teleplays, “The Bachelor Party”, and most notably, “Marty”, which he later turned into his first two features as a film director.  He won the Academy Award for Marty, his first feature.  Mann’s early pictures, in particular, were stagey and static, but he is very successful, however, in eliciting strong performances from his players.  In the 60s, he moved to glossier commercial efforts, but returned to his initial style with Dear Heart. 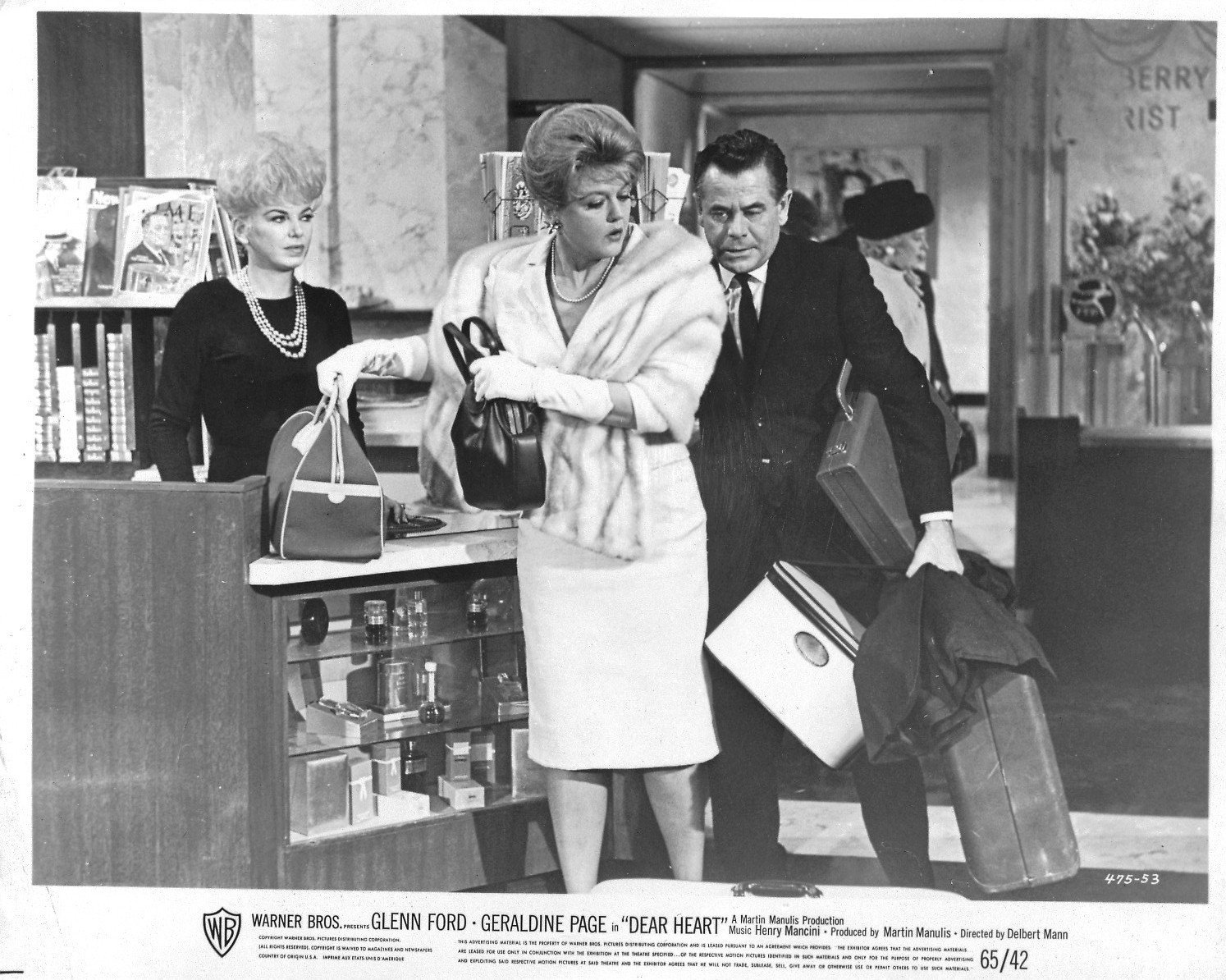 Dear Heart is the story of a small town postmistress, Evie, who meets a newly promoted greetings-card salesman, Harry, in New York.  Harry is due to marry Phyllis, a widow with a young son.  Evie starts to become attracted to Harry, but it is crushed when she learns that he is soon to be married.  When Phyllis arrives in New York and the time approaches for the marriages, Harry realizes that he and Phyllis have two different concepts of marriage.

Although the central situation is rather implausible, Geraldine Page give a clever and highly mannered interpretation of the small-town postmistress.  With Glenn Ford’s charm, the two of them achieve a properly relaxed rapport.  For the time, Delbert Mann is able to produce a convincing atmosphere, especially at the hotel, with touches of shrewd, knowing abbreviations, the scattering of smart lines, and genuinely funny episodes, such as Ford’s encounter with a magazine counter girl and a cynical hotel desk-clerk.

Marty won the Grand Prix at the 1955 Cannes Festival for being a subtle, ironic and compassionate study of ordinary human relationships.  Marty, a thirty-four-year-old Italian-American butcher in the Bronx, fears he will never get married because he is not the type to attract girls.  Then at a local dance-hall he meets Clara, a shy young school teacher.  They are mutually attracted to each other and their friendship turns into love.  Despite what Marty’s friends and relatives say about Clara, he asserts his independence. 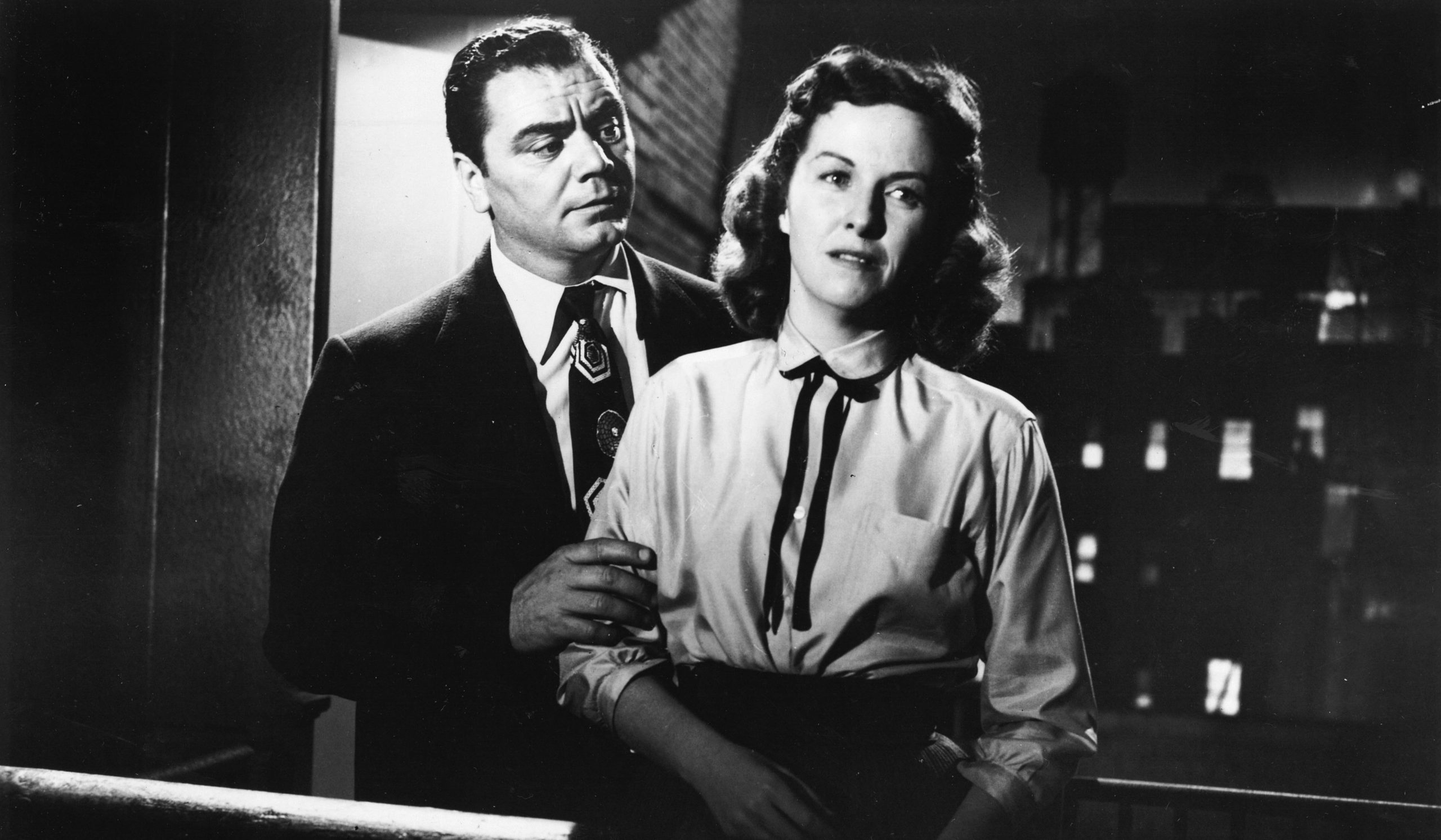 Originally presented on “Playhouse 90”, Paddy Chayefsky’s drama did undergo some major changes.  The most notable was the Jewish butcher portrayed on television by Rod Steiger was turned into an Italian-American.  But despite the change, the picture’s simple, sincere power is still there.  Chayefsky, who also acted as Associate Producer, has described his intention to catch the characters “…in an untouched moment of life…”; and the dialogue “…as if it had been wire-tapped…”; to explore that “…world of the mundane, the ordinary and the untheatrical…”.  He shrewdly comments on the American obsession with physical glamour.  Marty’s friends, loafing around bars and dance halls, are dominated by ideas from a Mickey Spillane novel.  This also shows the loneliness in the city, of how the young men pass their time on street corners.

With good performances from Ernest Borgnine, breaking away from the succession of ‘thug parts’ with an expansiveness and warmth of feeling never again exposed, and Betsy Blair, revealing, in a most complex part, a withdrawn, tense, fear of life and a desire to retreat from it, the film manages to generate sympathy instead of pity.

By the mid-fifties, the smaller productions all but died out, giving way to the wide-screen spectaculars.  Marty almost ended up getting shelved, because United Artists believed that no one would be attracted to this style of film.  The picture became a large commercial success, and was the most successful play transferred from television to film.