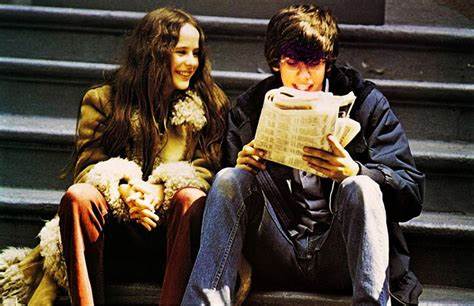 Toronto Film Society presented Jeremy (1973) on Monday, July 5, 1982 in a double bill with Romeo and Juliet as part of the Season 35 Summer Series, Programme 1.

“Well over two years ago, when Love Story first began making everybody connected with it rich and famous, there was a lot of talk about a romantic revival–or a revival of romance–in movies.  We were about to face the legions of the children of Love Story.  The offspring never materialized–or if they did, they were so pale that you couldn’t see them.

“But now there is one, full blown, blushing and very unashamed–a genuine ‘Son of Love Story’.  Its name is Jeremy.  It’s a smaller movie than its sire, and, of course, much younger.  The scene is not Harvard/Radcliffe, but something like sophomore-year High School of Music and Art.  The boy is Jewish, middle-class, a musician–a cellist.  The girl is gentile, middle-class, a dancer.

“Their problem is not how to get married and live together, but rather, how to work up nerve enough to say hello to each other in public.  And when they do, and when they finally acknowledge that they are in love, it is not the Grim Reaper Death who ends the tale.  It’s her dad, who yanks her off to Detroit with him, on his way to a better job.  Jeremy is touchingly awkward, pleasantly sad.

“…it is a movie of rather heavy calculation, indulging almost every cliche available to young love in Manhattan–the city at night, rainy afternoons, the camera floating over Park Avenue, or looking up through the sun-dappled leaves of Central Park.  Like the advice of Jeremy’s wise old cello teacher (e.g. ‘The music expresses life!  Play it that way.’), they deal not so much with experience as in preordained states of mind.

“But in the long run Jeremy is less committed to its cliches than to its kids.  It may be dull about the glamour of the city streets, but about the agony of calling up a girl for the first time just to make a date it is right on target.  It specializes not in tragedy, but in a kind of bittersweet discomfort–which is true and moving, in spite of all the efforts tojack up its appeal.

“An aura of not-quite professionalism surrounds Jeremy, generally saving it from its own slickness, and validating a number of decent, tentative performances like that of Glynnis O’Connor as the girl, Susan….” – Roger Greenspun, New York Times, August 2, 1973 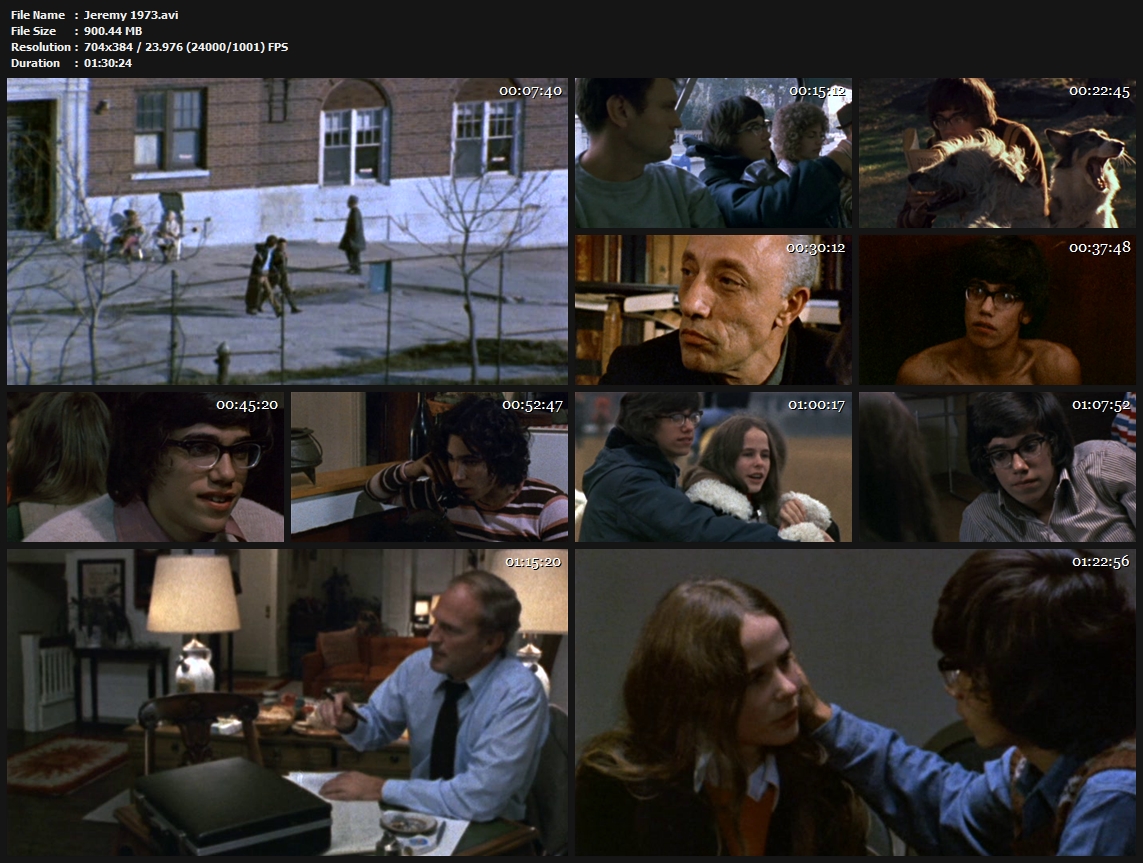 “Arthur Barron has now written and directed a movie about love called Jeremy.  It is in the style of a documentary, and as honest and sympathetic a story about young love as I’ve ever seen.  Summer of ’42 (impure commercial inroads treading a young man’s mind; even the record he and the woman of his dreams danced to was the movie’s theme music, not a song of the period) compared to Jeremy.

“Love is about as embarrassing a topic as death in our present day culture, the victim of overblown sentiment and hidden despair.  Love has been swept under the carpet as if it were a dusty assortment of crumbs, roaches, bent nails, and cat hair; love that once was fresh, lively, straight, and attached to the blood-nourished skin of dreams.  People who fall in love suffer the same misunderstanding from those who are not in love as dying people suffer from those who are not immediately on the way out.  There is a quality of truth in really loving that is akin to death: the sharing of one’s life breath, life thought, lifetime…the avoidance of pretense, the freedom to just ‘be’.  Love is cliche (so is death) but it is our familiarity with it that enables us to empathize with Jeremy.  …We know that ‘little’ movies can be better than ‘big’ ones.  This is a BIG ‘little’ movie.” – Rosalyn Drexler, The New York Times, August 12, 1973