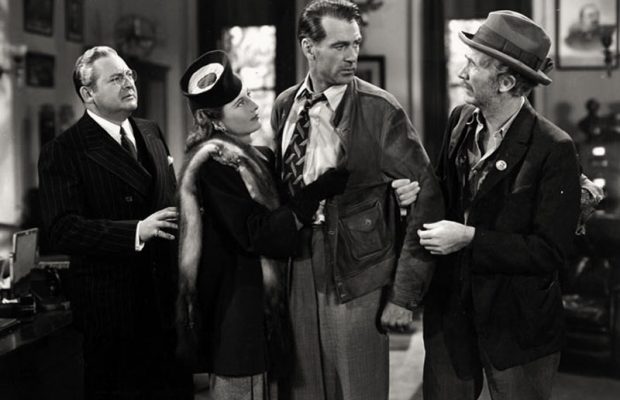 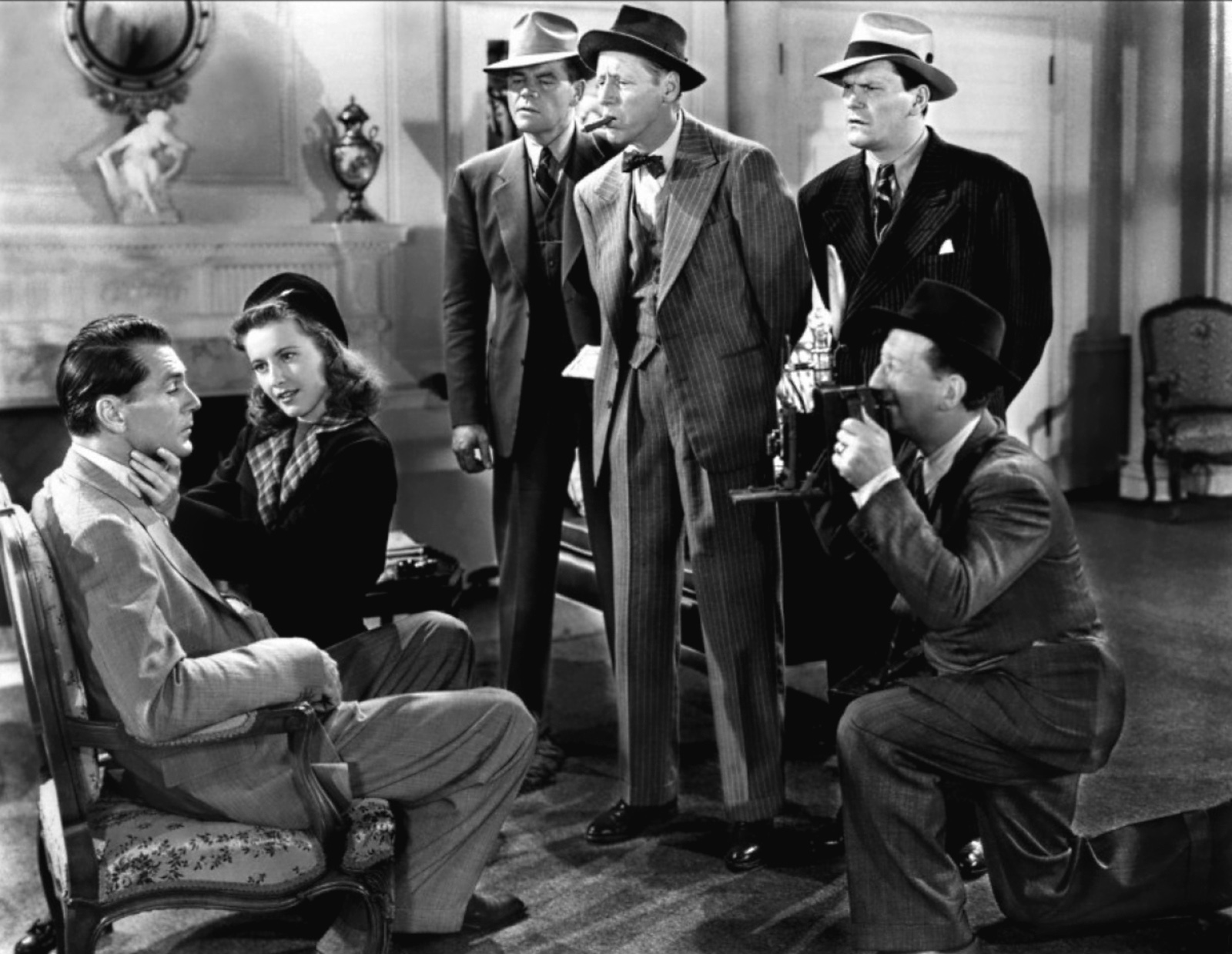 Variety summed up the plot this way:

“Picture tells the story of the rehabilitation of a tramp ex-baseball player who assents to the role of a puppet social reformer in the hands of a young woman columnist on a metropolitan newspaper.”

While that is certainly true, it doesn’t quite capture the essence of the film.

Richard Pena of Reel 13 sums up the movie perfectly without giving too much away:

In Meet John Doe, Barbara Stanwyck plays Ann Mitchell, a nervy columnist faced with losing her job when her newspaper “The Bulletin” is taken over by new owners.  As the family breadwinner for her mother and two younger sisters, the headstrong Ann undertakes a daring move for her final column in a last-ditch attempt to save her job, and writes a fictional letter from an unemployed “John Doe” who claims he will jump off the roof of City Hall on Christmas Eve to protest society’s failure to help out the little guy.  Ann’s gamble pays off and generates much attention from the “The Bulletin’s” readership, and the next thing she knows Ann is pitching an ongoing series of John Doe columns to her exasperated new editor Henry Connell, played by James Gleason.

Trouble is, Ann needs to come up with a real John Doe to silence suspicions at City Hall.  But with her letter generating a crowd of hobos all claiming to be the author, finding a walking, talking John Doe isn’t that difficult.  And when Gary Cooper walks in the door as a homeless former ballplayer named John Willoughby, Ann knows she’s found the perfect embodiment of what her John Doe letter represents to her readers.  But so does “The New Bulletin’s” new publisher D.B. Norton, played with stealthy menace by Capra favorite Edward Arnold. Norton knows a larger opportunity when he sees one, and it isn’t long before Ann’s John Doe publicity stunt takes on dimensions she never could have imagined.

Robert Riskin wrote the screenplay based on a 1939 film treatment, titled “The Life and Death of John Doe”, written by Richard Connell and Robert Presnell, who incidentally, won the film’s only Academy Award.

The film was released on March 12, 1941. In September of that year, it was dramatized as a radio play starring Gary Cooper, Barbara Stanwyck and Edward Arnold in their original roles.

A musical stage version of the film was produced in 2007 and performed again in Chicago in 2011. R&H Theatricals has licensed the show for future productions.

Finally, a Bollywood remake, Main Azaad Hoon, was released in 1989.

Frank Capra didn’t want anyone to play John Doe except Gary Cooper, who agreed to the part (without reading a script) for two reasons: he had enjoyed working with Capra on Mr. Deeds Goes to Town (1936) and he wanted to work with Barbara Stanwyck. (IMDB)

Barbara Stanwyck wasn’t the first choice to play Ann Mitchell.  The role was initially offered to Ann Sheridan but she wasn’t available due to a contract dispute with Warner Bros. Olivia de Havilland was offered the role, but turned it down.

Four different endings were filmed, but all were ultimately deemed unsatisfactory during previews.  A letter from an audience member suggested a fifth ending, which Frank Capra liked and used in the finished film.