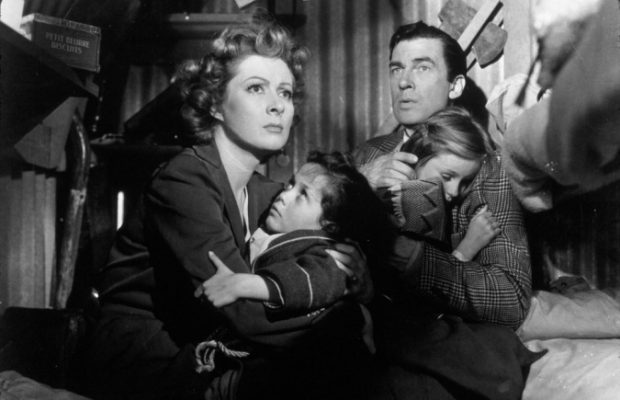 Mrs. Miniver opened at New York’s Radio City Music Hall June 4, 1942, and within ten weeks an unprecedented one and a half million people saw it.  It was everybody’s favourite.  President Roosevelt ran it in his screening room and urged everyone to see it.  He later told director William Wyler that the film had been of some help in getting public opinion in favour of self-sacrifice and going to the aid of Britain.  Although a film about war, it was not the story of men in the trenches will bullets flying over their heads, but the story of war as it affected the daily lives of one family.  For all the criticism of the film in Britain from those who enjoyed picking the obvious holes, it was a sincere attempt by Hollywood to pay tribute to Britain, and its effect in the U.S.A. was vital.  It was American reaction that mattered most and although James Agee said, ‘one look at the Miniver stills was enough to keep me away,’ Talbot Jennings speaking at the Writer’s Congress in Los Angeles in 1943 said, “She was just the right British for us, and came at just the right time, too–that critical time when many people in this country were, for one reason or another indifferent to Great Britain, even hostile.”

When Producer Sidney Franklin showed him the script, Wyler was eager to make the film.  Born in Alsace, he felt the fall of France, deeply.  He realized that Germany, Italy, and Japan held control of Europe and Asia–with the exception of Russia and Africa–and that, if Britain collapsed, nothing remained between America and the totalitarian world.

‘To make propaganda, you must be successful,’ Wyler said.  ‘The most satisfaction I get out of a film aside from its critical and financial success, is its contribution to the thinking of people, socially or politically.  In this sense, every film is propaganda.  But, of course, propaganda must not look like propaganda.’

Greer Garson at first did not want to play Kay Miniver because, actually aged thirty-two, she was to portray a woman old enough to have a twenty-year old son in the R.A.F.  Garson and Wyler clashed immediately and she subsequently presented him with a pair of black velvet gloves, with brass buttons suitably inscribed ‘For the iron hand of William Wyler’.  (Interesting to note that after the release of the picture, Miss Garson married her “son” in the picture, Richard Ney).

In viewing the rushes, Louis B. Mayer complained about the anti-German bias and especially about the scene in which the German airman is found hiding in the Miniver yard.  As written, the German was a nice boy, but as filmed he appeared as a fanatical Nazi.  Mayer complained that MGM did not make “ate” pictures.  With theatres around the world, including a couple in Berlin, he did not want the stockholders upset.  After all, America wasn’t at war.  He changed his mind with the events of December 1941 and told Wyler to go ahead and do whatever he wanted. 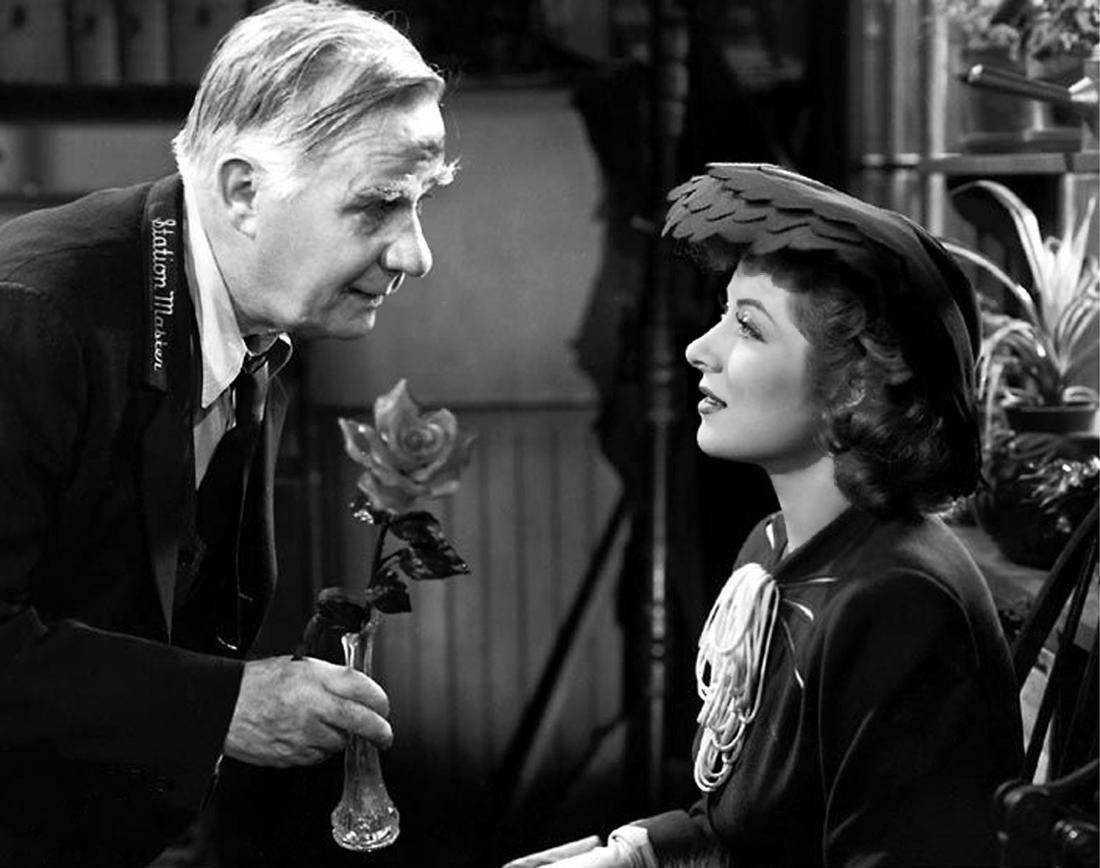 Director William Wyler died July 28 this year at age 79.  He had directed more Academy Award performances than any other moviemaker.  Among them–Walter Brennan (Come and Get it and The Westerner), Bette Davis (Jezebel), Fredric March and Harold Russell (The Best Years of Our Lives), Olivia de Havilland (The Heiress), Audrey Hepburn (Roman Holiday), Burl Ives (The Big Country), Charlton Heston and Hugh Griffith (Ben Hur), and Barbra Streisand (Funny Girl).  He won three academy awards as Best Director, a record surpassed only by John Ford, who won four, and matched only Frank Capra.  He was nominated thirteen times in all.  One of his greatest talents lay in his development of human relationships.

At the funeral of Ernst Lubitsch, Wyler came away saying, “No more Lubitsch.  Worse still, no more Lubitsch movies,” and for the many who enjoyed his movies so much, I can only paraphrase and say: No more Wyler.  Worse, no more Wyler movies.