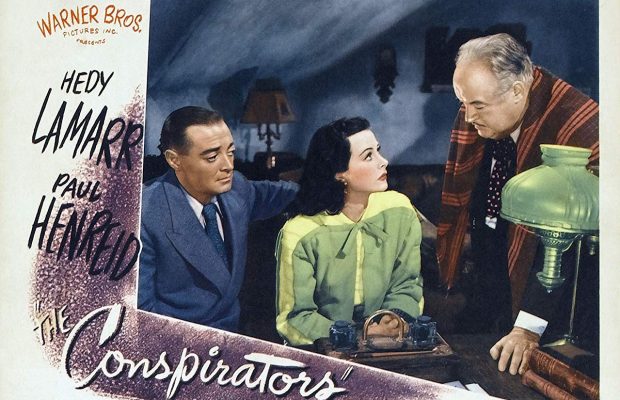 Toronto Film Society presented The Conspirators (1944) on Monday, October 7, 2019 in a double bill with The Lone Wolf Spy Hunt as part of the Season 72 Monday Evening Film Buffs Series, Programme 1. 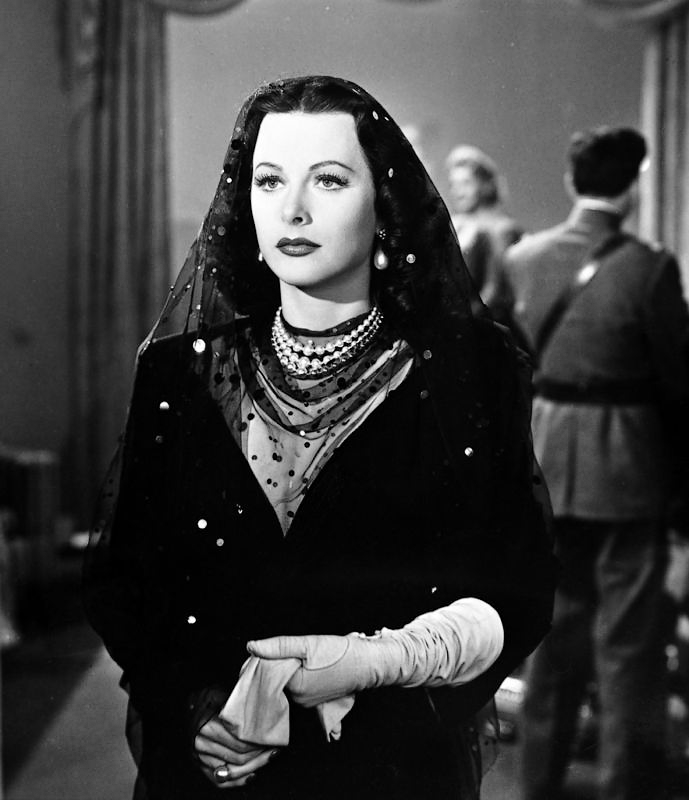 MGM lent Hedy Lamarr to Warner Bros. to head the cast of The Conspirators, a film adapted from Fredric Prokosch’s novel dealing with wartime intrigue in Lisbon. Patterned along the same lines as Casablanca, with the hope of equal success, Warners spent a good part of the budget on the elaborate sets constructed for the film. Art director Anton Grot outdid himself with his splendid creations of the Estoril gambling casino (the Monte Carlo of Portugal), the Café Imperium, Lisbon streets, sumptuous boudoirs, and quaint antique shops. Academy members were blinded to the fact that they were the year’s best sets and failed to bestow even one nomination. The gowns that Leah Rhodes designed for Miss Lamarr were lovely and elegant and in keeping with what the wife of a high-ranking official would wear. Max Steiner, one of filmdom’s most talented composers, contributed another of his excellent scores, which set the mood for suspense and romance. The supporting cast is a good one, with several members of the Casablanca cast on hand. Outstanding in interesting roles are Sydney Greenstreet, Peter Lorre, and Victor Francen. As scene after scene reveals one familiar Teutonic face after the other, one seems to be continually waiting for a glimpse of Helmut Dantine, Conrad Veidt, or S.Z. Sakall, all of whom somehow got left out of the proceedings.

Film Daily said of the film: “An intriguing spy meller, splendidly cast, richly produced, definitely pulsating entertainment. Jack Chertok has spared little in giving Hedy Lamarr a worthwhile production for her first Warner effort. On the other hand, Hedy does well by the producer in breathing glamour into a spy role that adds luster to the entire offering. Jean Negulesco’s direction of a script that gives and array of attractive feature names equal opportunity to share acting honors is interesting, suspenseful, and arresting.” The Los Angeles Times reviewer felt that “You can’t trust anybody in The Conspirators, not even Hedy Lamarr—and such a pretty thing, too. The picture, which employs practically the entire Warners stock company, is in the spirit of high adventure which characterized The Mask of Dimitrios, also directed by Jean Negulesco. And like most exotic melodrama in the tradition of Casablanca, it makes a good show.” 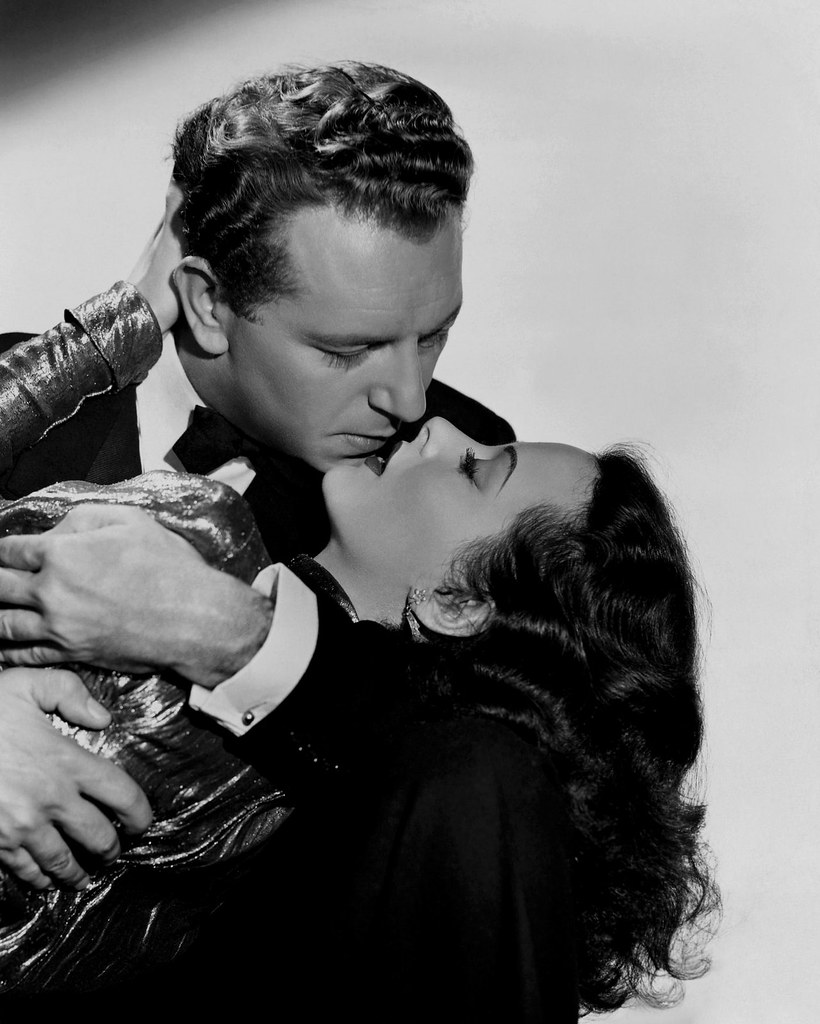 The Conspirators is set in Europe and, fittingly, its cast is chockful of Europeans—save for Gertrude Keeler, who was born on February 24, 1912 in Halifax, Nova Scotia and plays such a fleeting part that it’s listed in IMDb as an “undetermined role”. Gertrude was the middle sister of actress Helen Keeler and Warner Bros. musical star Ruby Keeler. The only big name “Canadian” attached to the film was executive producer Jack L. Warner. Born on August 2, 1892 in London, Ontario, Jack was only two years old when his Polish-immigrant parents moved their large family back to the U.S. Technically Canadian-American, Warner had no real memories of or affection for the place of his birth. He and his brothers Harry, Albert, and Sam grew up in the Baltimore area and eventually got into the movie business together. Jack later became the sole head of Warner Bros. studios, which he ran for decades. In 1990, 12 years after Warner’s death, Warner Communications merged with Time Inc. to become Time Warner Inc., today the world’s largest media and entertainment conglomerate.