Toronto Film Society presented Nine Girls (1947) on Monday, November 6, 1989 in a double bill with Out of the Blue as part of the Season 42 Monday Evening Film Buffs Series “B”, Programme 3. 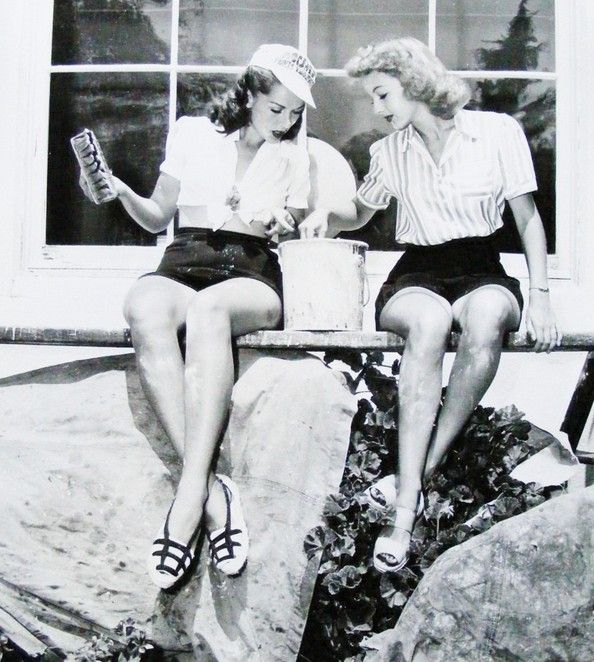 Tonight’s second feature is a fairly diverting whodunit that enlists topflight glamour girls in the cast.  The plot is woven around a sorority group and their teacher.  The brief vacation has been declared for a hiatus in a log cabin attendant to the initiation of two of the girls in the sorority.  Upon arrival they learn that one of their group, Anita Louise, has been murdered on the way.  The finger of suspicion quickly points to Nina Foch and Evelyn Keyes.  The death of the sorority sister makes a sleuth of one of the girls.

According to a review in Variety, Ann Harding gives a superb portrayal of the frustrated teacher.  Her eloquent shading bespeaks well her years of experience in stage and film work.  Evelyn Keyes turns in a neat job, while Willard Robertson gets the most out of the gentleman copper role.  The Variety review also commented that the direction by Leigh Jason was adequate for the material at hand; and that the camera work by James Van Trees was remarkably good.

Leigh Jason, who directed both of the films presented this evening, was born on July 26, 1904 in New York City.  He broke into the film industry by taking a job in the electrical department at Universal.  In 1928, he received his first screen credit at Universal Studio, when he wrote the story for William Wyler’s silent film Has Anyone Here Seen Kelly?.  That same year, Jason directed his first film, a five reeler called The Price of Fear, starring Bill Cody.  The following year, he directed four more silent films for Universal Studios.  His first talkie, High Gear, was produced independently in 1933.  From 1936 to 1939, he was under contract at RKO where he made Love on a Bet, The Bride Walks Out, That Girl from Paris, New Faces of 1937, Wise Girl, The Mad Miss Manton, Career, and The Flying Dutchman–probably his best known film starring Barbara Stanwyck and Henry Fonda.  Leigh Jason then returned to Universal in 1941 to direct two films: Model Wife and Lady for a Night.  He then began his wartime tenure at Columbia making films such as: Three Girls about Town, Dangerous Blondes, Nine Girls, Carolina Blues, and Meet Me on Broadway.  In 1947, he made three programmers for Eagle Lion: Lost Honeymoon, Out of the Blue and The Man from Texas.  His last film of his career was made back at Columbia, Okinawa, in 1952.  He continued to direct for television in the 1950’s.  Jason directed episodes for such series as “The Thin Man”, “Richard Diamond”, “Schlitz Playhouse”, and “Ford Playhouse”.  During the same period he directed and sometimes produced over 75 training and indoctrination films for the U.S. Air corps, Navy and Signal Corps.  Leigh Jason died on February 19, 1979 at the age of 74 after a long illness.  (Variety obituaries)