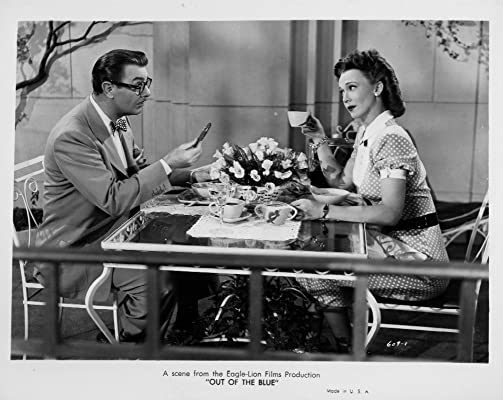 Toronto Film Society presented Out of the Blue (1947) on Monday, November 6, 1989 in a double bill with Nine Girls as part of the Season 42 Monday Evening Film Buffs Series “B”, Programme 3. 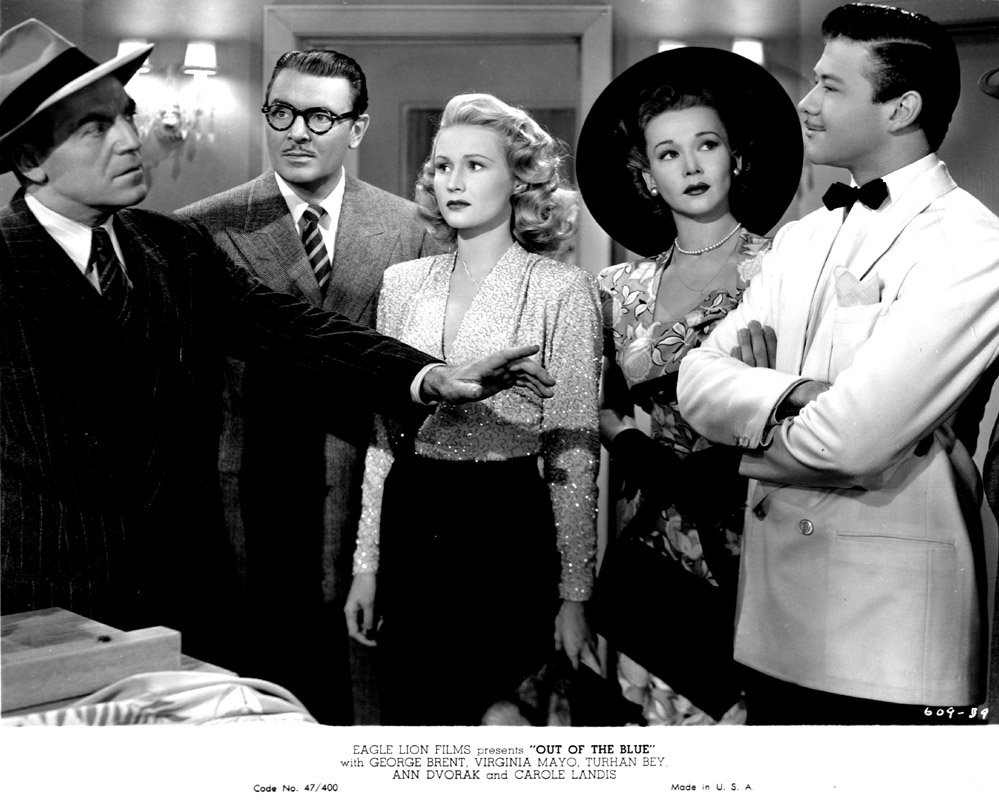 According to a review in Variety, Out of the Blue is a curious film, not quite making the grade as a screwball item yet catching a good if spotty reaction through the incongruity of George Brent, Ann Dvorak, and Turhan Bey working as comedians.

The film presents Brent as a frau-dominated and generally willy nilly guy living in a Greenwich Village apartment down the terrace from Bey, an artist with a big dog and a bigger appetite for models.  Feud between them is touched off when the dog buries a bone in Brent’s zinnias and Brent’s wife (Carole Landis, fairly unrecognizable) forces him to try and oust the artist from the apartment.  During the weekend absence of his wife, Brent is picked up by an interior decorator (Ann Dvorak) whose interior is already well decorated with brandies, and in a fit of wickedness, he invites her to his apartment.  When she passes out, he thinks she is dead, and stuffs her onto Bey’s guilt as a stratagem to call off the landlords, forces Brent to go through with a mock burial.  Criss-cross farce from one apartment to the other follows.  Brent, finally caught by his wife, worms the turn in time-honoured fashion.

The review in Variety had this to say about the actors and actresses: Brent, who seldom gets a chance to show how accomplished he really is in light comedy easily holds up his end, but it is Miss Dvorak who wows as the screwball interior decorator.  Dvorak reveals an entirely new side to a public that, if it hasn’t exactly forgotten her, never remembers her in this sort of thing.  Had the others fitted as neatly into their roles, outcome might have been quite different, but it is very hard to accept Bey without a turban, while Virginia Mayo registers only when she simulates a tough babe.