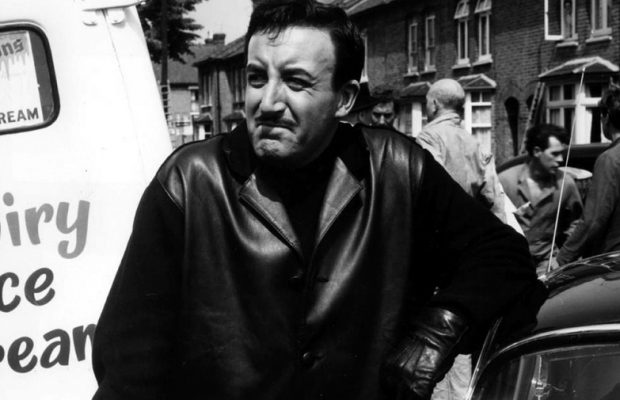 Toronto Film Society presented The Wrong Arm of the Law (1963) on Monday, October 23, 1989 in a double bill with Oh, Mr. Porter! as part of the Season 42 Monday Evening Film Buffs Series “B”, Programme 2.

“…he [Peter Sellers] became so many characters, a multitude of voices and faces, from the myriad lunacy of the Goons to the je ne sais quoi of Inspector Clouseau”.

Peter Evans
Peter Sellers: The Mask Behind the Mask

Peter Sellers’ foray of wrongdoing as a humourous hood in comic crime flicks was not unlike a character the actor played in real life.  In fact, Sellers, an intensely shy individual, when confronted with the voice of Roy Speer, a top radio producer at the BBC, whom Sellers had called for an audition, found himself impersonating two well-known radio comics, Kenneth Horne and Richard Murdoch, to buoy his confidence.  The historic telephone interview, which eventually led Sellers to the Goon Show, went as follows:

“Roy,” Sellers said Horne-like, “I saw a marvellous young comic at The Windmill the other night.  Name of Peter Sellers.  You should take a look at him.  He has an original brilliance.  I’m sure you could use him in one of your shows.”

“What about this afternoon then?” Sellers said in his own voice.

“My name is Peter Sellers, actually.”

“You cheeky —–,” Speer said.  “That’s probably a criminal offence you’ve just committed.  Get round here before you break any more laws.” 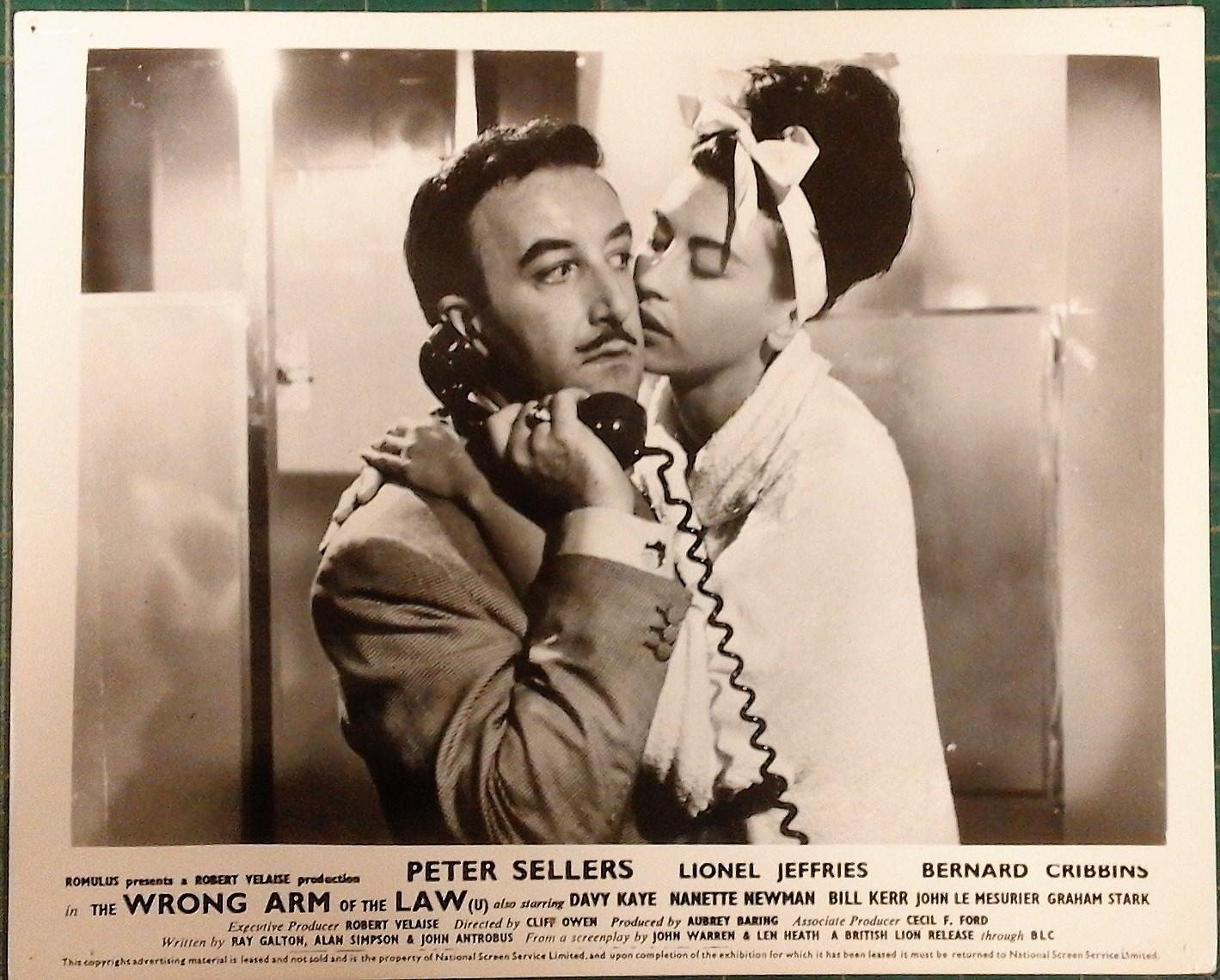 In The Wrong Arm of the Law, Sellers joins with expert farceurs, Bernard Cribbins and Lionel Jeffries, the same stellar mob peopling such earlier successes as The Ladykillers and Two-Way Stretch, to recreate some arch lightweight clowning.  Sellers, the brains of a local crime gang, fronts as a Monsieur Jules, the owner of a trendy Bond Street dress shop, to cull new “jobs” from his wealthy clients.  Unbeknownst to himself, Sellers is spied upon by his girlfriend, an informant for an enterprising gang of hijackers from Australia who, disguised as cops, confiscate the daily loot of London’s underworld.  Suspicious, as no arrests are made during these surprise raids, Sellers and his crew partake in the unprecedented step of the calling of a general meeting of all of London’s robbers to convince them tow work with Scotland Yard in apprehending the bogus police officers.  A 24-hour truce is enforced and a fake cargo of bullion is planted by Scotland Yard on Sellers to entrap the newcomers.  The showdown provides a wildly comic climax, particularly as the crime bosses never fully appreciate the capacity for the bungling of Jeffries and his associates.

The plot is well embellished with a string of whacky situations heavily dependent for its comic effect on Sellers’ ability to inject an elegance and nonchalance befitting an aristocrat into his duties as the Cockney King of the Underworld.  Sellers is a gangster of modern methods.  Is gang is run along the lines of a modern Welfare State.  Sellers provides free luncheon vouchers, bubbly on Sundays, and holidays with pay on the Costa Brava–and provides for their intellectual needs by having them attend educational films such as Rififi (directed by Jules Dassin, featured in TFS International Series with Never on Sunday).  Standout sequences to watch for are the calling of the general meeting by the gangsters to cope with the current crime crisis and their need to negotiate a meeting with Scotland Yard on neutral territory–a carousel.