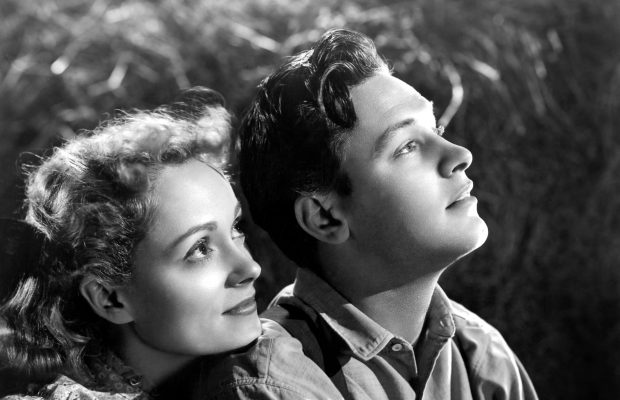 Toronto Film Society presented Our Town (1940) on Sunday, February 11, 1990 in a double bill with What a Life as part of the Season 42 Sunday Afternoon Film Buffs Series “A”, Programme 6.

For our second feature, another slice of Americana from the Broadway stage of 1938–maybe they played down the street from each other.  However, Thornton Wilder’s Pulitzer Prize-winning play is a decidedly different look at small-town America and the film version is, for the most part, remarkably faithful to its stage origins.  Also, producer Sol Lesser drew heavily on the Jed Harris stage cast for the film version.  Martha Scott repeats her sincere portrayal of the girl, Emily, displaying a wealth of ability and personality in her first film.  Frank Craven, Doro Merande and Arthur Allen also repeat their stage roles in the film and Arthur Allen is particularly effective in his brief professor appearance describing the geographic structure of the countryside.  Aside from a changed ending, the script prepared by Thornton Wilder, Frank Craven and Harry Chandlee retains all the sincerity and wholesomeness of the play.  Direction by Sam Wood highlights the homilies and leisurely pace of the play and Bert Glennon’s photography is particularly noteworthy. 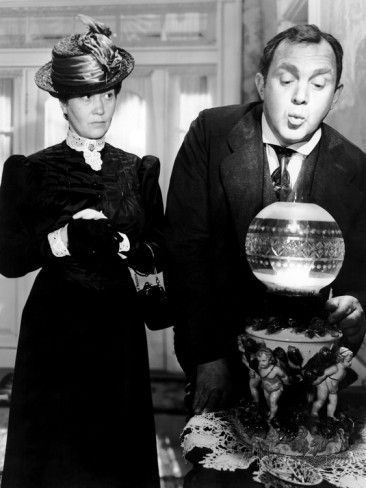 For a contemporary comment, we refer to the New York Times review of June 14, 1940, which pretty well sums up general critical reaction at the time, and which is still pertinent:

“There is reason to take hope this morning, to find renewed faith and confidence in mankind——and, incidentally, in the artistry of the screen.  For the film version of Thornton Wilder’s prize-winning play, “Our Town,” opened yesterday at the Music Hall, and a more tonic and reassuring avowal of the nobility which resides in just plain folks—and the capacity for expression possessed by the screen—has not come this way in longer than we care to remember.”

“Mr. Wilder’s play, which opened on Broadway in the Winter of 1938, was a profoundly affecting drama, almost too sharply poignant in its exposure of human joy and grief for endurance.  Gently, but without stint, it lay bare the human heart and revealed the defenseless impulses of that member.  As a play it was done without scenery, thus evoking the most fragile imagery; and, for this reason, it seemed almost too spiritual for transference to the screen.  But now that Producer Sol Lesser has had the insight to put it onto film—and to do so almost scene for scene and word for word—it is apparent that a finer original screen play could scarcely have been written.

“For this is not an ordinary picture, not a straight-away plotted-story film.  This is a picture which utilizes the fullest prerogatives of the camera to participate as a recognized witness to a simple dramatic account of people’s lives, not just to spy on some one’s fictitious emotions.  On the stage there was a character, known as the stage manager, who conducted the action of the play; on the screen, a small-town druggist acts as guide and narrator on a leisurely tour of a little New Hampshire town.  He introduces characters who speak directly to the camera—or to the audience—and he takes time out to make incidental remarks himself.  Once he places his hand before the lens to stop a sequence and introduce another.  The camera thus becomes animate, not just a recording machine. It is an exciting technique, used occasionally before—by Sacha Guitry notably—and enhances the scope of the screen tremendously.

“The story of Our Town, of course, is quite simple, but more powerful because of its simplicity.  It is the story of several people living in Grovers Corner. N. H., during the early years of this century.  And chiefly it is the story of a boy and girl, children of neighboring parents, who fall in love, get married and have a child.

“But because of the technique employed we are permitted to see these people in their entirety; we see them in their normal daily tasks, we hear the thoughts which run through their minds and, at the end, we behold the dream of death and survival of the soul which is dreamed by the girl who is soon to become a mother.  It is, in short, a comprehensive penetration of the hearts of these good people, an external glance at the toils and humors of their humdrum lives and an internal revelation of their sorrows which brings, as Matthew Arnold said, “the eternal note of sadness in.”

“Not enough can be said for the courage of Mr. Lesser in producing a picture in this fashion, nor enough for the excellent contributions of every one involved.  Frank Craven as the druggist and narrator is the perfect New England Socrates—honest, sincere and profound.  Martha Scott, as the young girl, is lovely and vibrant with emotion, and William Holden plays the boy with a clean and refreshing youthfulness.  Excellent projections of small-town characters are given by Beulah Bondi, Thomas Mitchell, Fay Bainter, Guy Kibbee, Stuart Erwin and a host of other folks. And Sam Wood has caught in his direction all the flavor of small-town life, with exciting visual elaborations upon the theme.  Likewise the score by Aaron Copland offers a subtle tonal response to the vagrant moods.

“We hesitate to employ superlatives, but of “Our Town” the least we can say is that it captures on film the simple beauties and truths of humble folks as very few pictures ever do: it is rich and ennobling in its plain philosophy—and it gives one a passionate desire to enjoy the fullness of life even in these good old days of today.”

When Toronto Film Society first showed Our Town in its Main Series on November 3, 1969, notewriter George Patterson made the following observations: “Our Town is an affectionate (perhaps indulgent) view of “Daily Life”, “Love and Marriage” and “Death” in a little American town around the turn of the century.  It may be “the way we like to think it was” or “the way it should have been”, as they say; but human weaknesses are by no means overlooked, there is knowing humour as well as sentiment, and Wilder’s approach can be crisp as well as warm.  The film is beautifully played by a first-rate cast, and was fortunate in its composer and its director of photography.”

“It was fortunate too in its producer, Sol Lesser.  In 1959, Sight and Sound magazine published the correspondence between him and Wilder during the preparation and shooting of the film; it’s not only fascinating reading, but it reveals Lesser as a producer unusually sensitive to a writer’s intentions, and Wilder as a playwright uncommonly understanding of the special problems of film-making.  As it turns out, the film Our Town is extraordinarily faithful to the original, with one major exception–the ending in which Emily is allowed to live (her “after-death” scenes now occur during childbirth delirium).  This change has been criticized by many, but was agreed to by Wilder himself, for reasons having to do with basic differences between stage and screen.  Wilder felt that in the latter medium, Emily became less of an “allegorical abstraction” and more of a concrete person to the audience–“It’s not important that she die; it’s even disproportionately cruel that she die.  let her live–the idea will be imparted anyway.”

P.S.  Whatever happened to the TV musical version of Our Town starring Frank Sinatra as the Narrator and containing the hit song “Love and Marriage”?