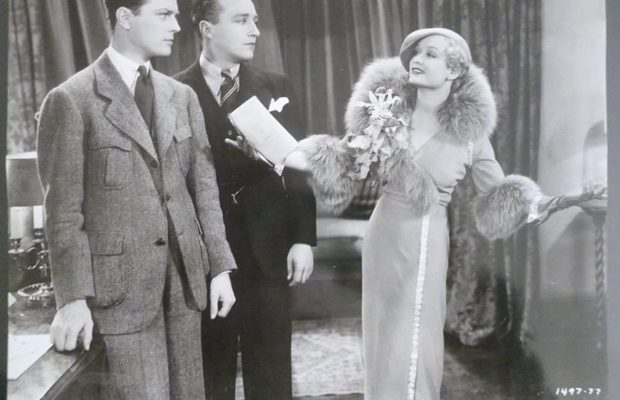 Toronto Film Society presented She Loves Me Not (1934) on Monday, February 13, 1984 in a double bill with Seven Brides for Seven Brothers as part of the Season 36 Monday Evening  Film Buffs Series “B”, Programme 7. 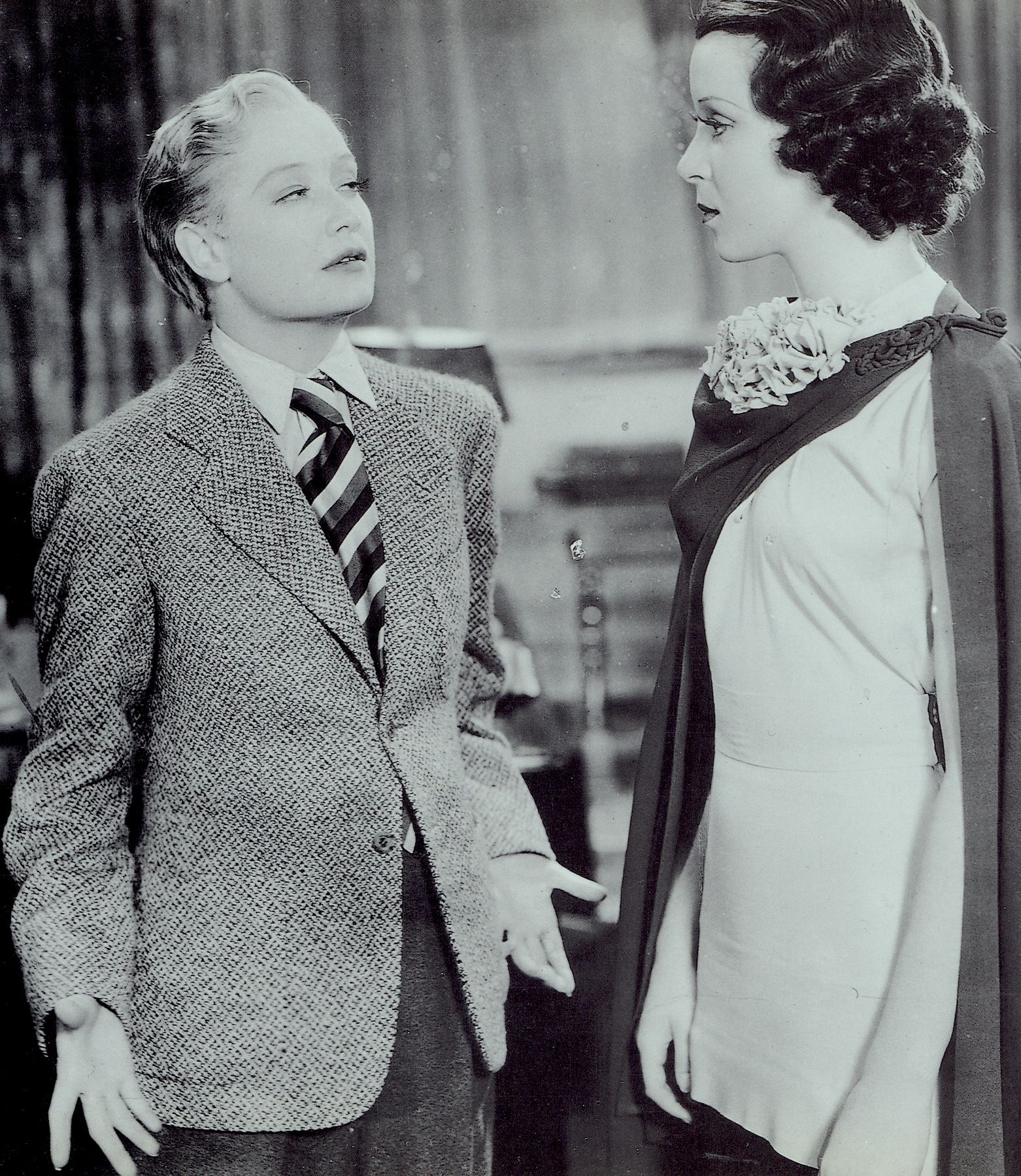 Adapted from a successful stage play, She Loves Me Not paired two of Paramount’s major stars, Miriam Hopkins and resident crooner Bing Crosby.  Both began their feature film career in 1930 but Bing far outlasted Miss Hopkins.  However, Miriam Hopkins was one of the leading ladies of the silver scren in the 1930s, starring in such superior films as The Smiling Lieutenant (1931), Dr. Jekyll and Mr. Hyde (1932), Trouble In Paradise (1932), Design For Living (1933), Becky Sharp (1935), These Three (1936) and The Old Maid (1939), plus many others.  With the exception of, perhaps, Old Acquaintance (1943) and The Heiress (1949), the few films she appeared in after 1940 were not significant and after the former, she no longer starred.  She was apparently a difficult actress to work with which eventually ruined her career.  She met her match in Bette Davis with whom she worked in The Old Maid and Old Acquaintance.  The director of Old Acquaintance, Vincent Sherman, has claimed he felt like a referee in a fight ring during the shooting of that film!  Bette Davis, ever the professional, merely stated without elaboration, “Miriam is a perfectly charming woman socially.  Working with her is another story.”

Bing Crosby was, of course, one of the studio’s biggest stars and remained so for many years (not to mention, also, a recording career of staggering longevity).  A lot has been written about Crosby, (what was he really like?) and one gathers that, while not a difficult actor to work with, he was not the warmest of human beings.  Kitty Carlisle, his co-star in tonight’s film, recalls: “Bing was extremely businesslike and did his work very seriously.  I can’t say he was unfriendly, he just wasn’t terribly friendly; he was very nice and very correct.  I do remember asking him one day, what song in the picture he thought would be a hit.  And he said, ‘My dear, if I knew that, I wouldn’t be putting on this toupee and this make-up every day.  I’d be a millionaire.'”

Never the standard matinee idol, Bing made one personal major change while making She Loves Me Not.  Because his ears stuck out, noticeably, they were always glued back but during the shooting of the film they kept coming unstuck because of the heat of the lighting.  Crosby finally said, “To hell with it–that’s the way they’re going to stay.”  Consequently, some of the picture was shot with them glued back and part with them sticking out.  See for yourselves!

She Loves Me Not has fugitive show girl, Curly Flagg (Hopkins) hiding out from gangsters in a Princeton dorm, aided by Crosby and his pals.  Reversing Charlie’s Aunt, another ‘campus caper’, we have Hopkins masquerading as an Ivy Leaguer, sporting male garb and hair style and putting a cramp in Crosby’s romance with the dean’s daughter (Kitty Carlisle).  The film may not be brilliant burlesque but it is a fairly swift-paced bit of hilarity with, as is usual in so many films of the thirties, some excellent support in the minor parts–Lynne Overman as the publicity man, George Barbier as a motion picture magnate, Warren Hymer as a gangster, etc.

The film was remade as True To The Army in 1942 with Judy Canova and in 1955 as How To Be Very Very Popular with Betty Grable and Sheree North.